Wanting to celebrate the day you came into existence doesn’t make you a narcissist, on the contrary it demonstrates a level of confidence and self respect that we could all benefit from. To be getting older is to be getting wiser, not to mention you get to gather close friends and family who are there because they love and care about your very existence. But as inevitable as getting older is, so too is that nagging question: what do I want to do for my birthday? Typically the answer is always: something different and exciting.

As I reached my 20th birthday, I felt that this was a worthy enough milestone to celebrate it in a cool way. I had heard for years that there was a restaurant located in downtown Toronto where you consumed your food in total darkness, no light whatsoever. The very concept was a high source of intrigue, so after some deliberation between myself and my close group of friends, I booked a reservation for nine at O Noir, not having the slightest idea what I was in for. I just knew that bringing in a flashlight would probably be frowned upon.

So what was it like? It was unlike anything that I’ve ever experienced. My friends and I stepped into the restaurant, feeling apprehensive about what the proper protocol was for this kind of unconventional dining. We were then seated in a corner of the restaurant that was surprisingly well lit, this was the part of the evening when we ordered our food. The menu included an array of meal options including the surprise option (where each course is a total mystery to your tastebuds), the known option (where each course is selected before you bask in the darkness) or you could mix and match between surprise and known courses. I settled for three courses consisting of: a surprise sea food starter, steak and mashed potatoes, chocolate cake for dessert and a glass of surprise red wine. Then we stepped inside the dining room.

There we were gripping onto each other’s shoulders, equipped with the realization that our ability to navigate this room depended upon those very shoulders. It suddenly felt as if we were children again, the way we were lead into the room hand to shoulder in a single file line. The first room we were led into had two doors – one leading into the dining area and one leading out to the lit ordering area. The dining room door was not opened until everyone was squished into the tiny room and the door to the ordering area was completely shut, leaving absolutely no chance for any crack of light to peek into the dining area. The waiters (all of whom were blind) instructed us on our surroundings. It was darker than any room I had ever been in;the heaviest, darkest, roughest shade of black. It was at this moment that I began to wonder whether this was indeed a good idea for a birthday celebration. It seemed far too dark to be able to pick up a fork, let alone use it. But once we all sat in our seats and got accustomed to the atmosphere (or lack of visual stimulation) it suddenly became something different and exciting, just like I had hoped. 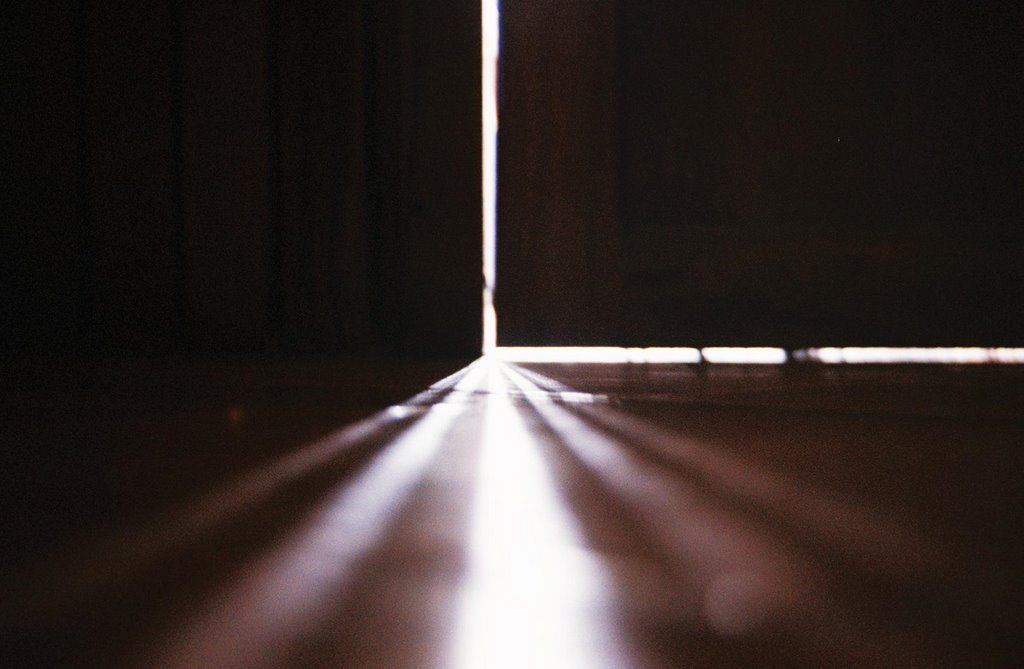 As expected, the remaining four senses were intensified, allowing me to really enjoy and value the taste of the food I was eating. Every bite seemed to taste exceptionally good. The waiters were extremely helpful in their guidance, allowing us to enjoy ourselves even if it was impossible to see what we were doing. A number of drinks were spilled across laps, forks and knives were lost, portions of food were left untouched and yet it was an intimate and memorable evening. Conversations became livelier and even easier, without the worry of having to make eye contact or whether or not your appearance is decent. Thoughts began circulating in my mind like “I could be stripping off my clothes right now and no one would know the difference” or “I could easily take food off of my friend’s plate” or even “I wonder if one of my friends just rolled their eyes at my stupid joke.” One doesn’t realize how fortunate they are to have all five senses intact, but the body and mind have this uncanny ability to compensate.

Coming from the darkness and back into the light felt like an intrusion, as if we had all been resurrected from the grave and now had to deal with the real, well lit world. The one thing that I took away from my time at O Noir was a new sense of appreciation. I’m extremely lucky to have my vision, but even without it, a happy and delicious life can indeed be had. Cheers to O Noir for their innovation and for giving my friends and me a memory to forever cherish.

For more information, check out the restaurant’s official website.