Tuesday, June 6, 2017 Lush Cosmetics held a gathering at their Queen Street West location in order to honour the incredible life and work of award-winning documentary maker and visionary Rob Stewart. They also took the opportunity to lend their support to Rob’s family in their endeavour to create a foundation in Rob’s name and complete his documentary, “Sharkwater: Extinction”.

The issue of shark finning has been one close to the hearts of Lush Cosmetics and the Stewarts since the release of the first “Sharkwater” in 2007. This documentary brought to life a little known issue in the animal world and exposed the seedy underbelly of the hunting of sharks to take their fins. This is done to make the highly popular and utterly unnecessary shark fin soup – a delicacy meant as a display of one’s immense wealth and connections.

The act of shark finning itself is done by cutting off a shark’s fin and discarding the animal at sea in order to die a slow and painful death. As passionate animal cruelty activists, Lush workers supported Rob throughout his career, and now after his passing they continue to support him through his family. 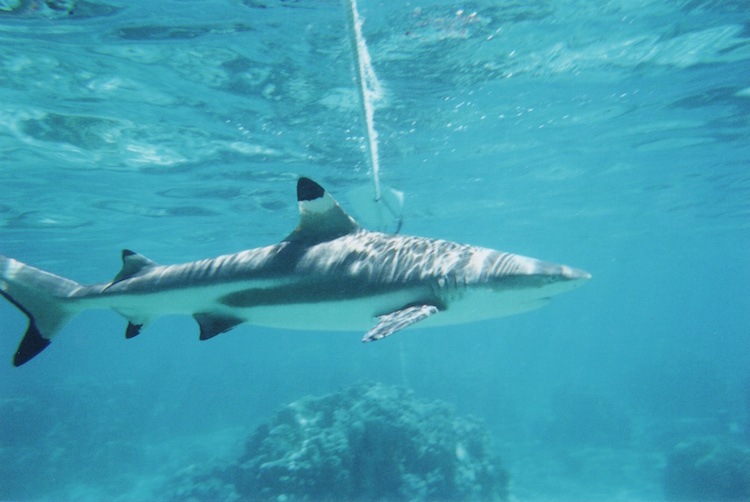 Canada itself has imported over 140,000 kg of shark fins in 2016 alone, a steady rise from 2012. The uptick in sales is an issue that can’t be ignored as Rob Stewart’s father Brian Stewart said, “If the shark goes down, the ocean goes down. If the ocean goes down, we all go with it”. The oceans need to thrive in order for us all to survive. As the apex predators of the ocean, sharks are crucial to ensuring the ecosystems thrive and remain balanced.

Rob Stewart’s main concern in “Sharkwater” was that sharks were being so aggressively and cruelly hunted to the point of extinction. His 2007 documentary shed amazing light on an otherwise unknown issue, his follow-up was intended to further expose and seek change for the issue. It’s crucial that Lush Cosmetics and the Stewart’s receive enough funding to allow this documentary to be completed.

While sharks are an absolutely ancient species, a species that has been swimming the oceans since before the dinosaurs were on earth, their rapid endangerment has come about in only the past 10-20 years. Gabriel Wildgen of the Humane Society International Canada spoke at the event stating “this is an urgent matter […] we are facing an existential crisis and we need to take action”. Sharks are a critical part of our world, a complexly misunderstood creature that kill on average only 5 humans a year (compare this to lions who kill approximately 100). 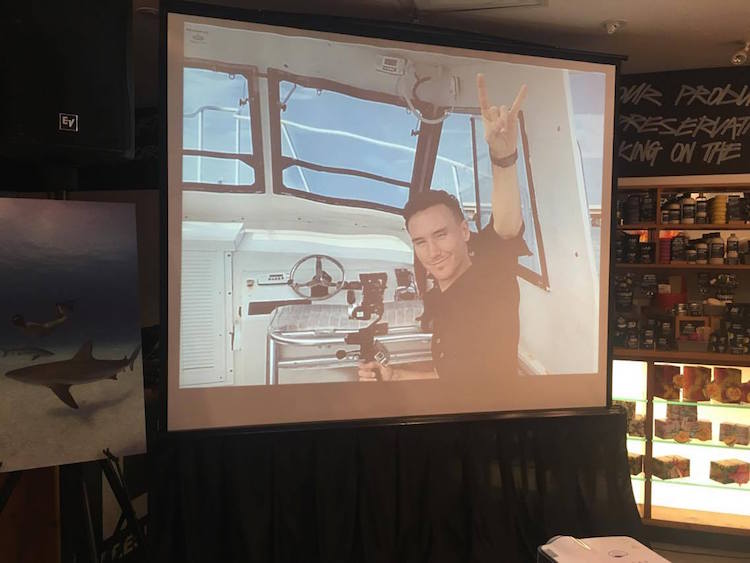 It’s made clear through research, listening to speakers and watching Rob Stewart’s documentaries that the time for action is now. As Gabriel Wildgen said, “Time is quickly running out for sharks around the globe”.

You can take action and sign the petition here. To learn more about the many ways you can protect sharks go to the Humane Society website and get started today. The federal government can and will enforce a shark fin ban if Canadians simply show how important this issue is to them.