While everyone around the world focused on creating zero-carbon emission cars, the French company Alstom made the first hydrogen fueled passenger train in the world.

Alstom presented the train, called Coradia iLint, after two years of research at the InnoTrans railway show in Berlin this past September.

While this is the first long-distance passenger train, zero-emissions freight trains have actually been in the making for several years. In 2006, Japan began testing for the world’s first hydrail railcar. Almost 10 years later in 2015, Japan successfully created and used the first hydrail tram.

Coradia iLint is powered by a hydrogen fuel cell located on the roof of the train. With a full tank, the train runs anywhere between 600km and 800km, which is roughly the length of Florida’s east coast. The top speed of the train is about 87 miles per hour. 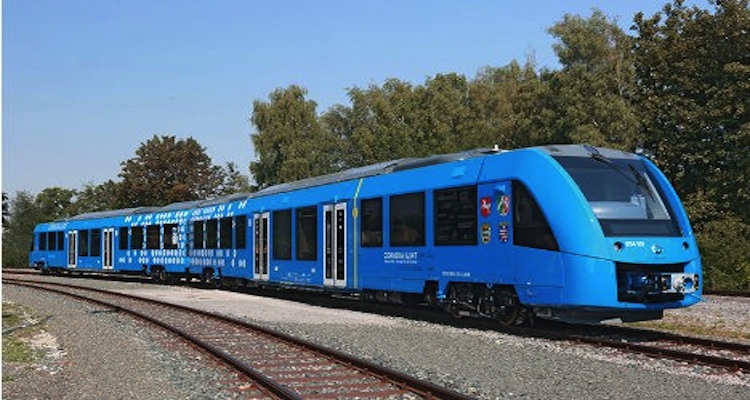 On top of being environmentally friendly, many of the locals in Germany are excited at the thought of having a basically silent train. The wheels on the track is the only noise created by iLint, and inside the only thing passengers will hear is the sound of air resistance.

It’s estimated that the train will be up and running around the end of 2017. For now, the train will be operating along the Buxtehude-Bremervörde-Bremerhaven-Cuxhaven line in Lower Saxony, which is located on the North-West border of Germany next to the Netherlands.

The creation of the zero-emissions train is a giant leap forward for countries that currently rely heavily on diesel powered trains. Right now, Germany has roughly 4,000 diesel trains circulating.

This innovative invention shows promising signs that at least some countries are looking to follow the agreements made at the U.N. Climate Change Conference in Paris.

Particularly, the agreement stating that each participating country will, “establish binding commitments by all parties to make ‘nationally determined contributions’ (NDCs), and to pursue domestic measures aimed at achieving them.”

While the train is an exciting step forward for environmental enthusiasts, the common argument of cost still applies to iLint. The total cost of installing the new trains hasn’t been disclosed yet, but the German news source Welt reported in an article  that the estimated expenses will be significantly more than a regular diesel train.

However, maintenance for the train are also estimated to be lower than diesel trains.

The article also reported that Denmark and the Netherlands are interested in using iLint or similar trains to lower their carbon emissions. So, who’s next?