What is yoga and why do people do it?

From acai berries to green juice, health fads are as transient as fashion on the runway. Yoga may be a bandwagon trend, but its wholesome benefits have emerged it as a lifestyle, not a momentary craze.

In fact, it’s an industry in its entirety. From schools of yoga to books, it’s one of the most recommended ways of stress alleviation and good health. Clinical studies show that yoga benefits both your physical and psychological being. Various findings also suggest that yoga is an alternative method of medical therapy for anxiety disorders and depression.

If you’re anything like me, you’re not sold on pretzel folding positions and humming out loud until your ‘aura’ is centred. I can admit that my glib views on yoga are in large part due to my lack of experience. I’ve never actually tried it.

I have friends and family who swear by yoga for numerous reasons. I have to admit: the more I learn about it, the more intrigued I am. I can’t promise that I’ll be sporting yoga-gear any time soon, but it’s definitely opening my perspective.

Yoga is deep rooted in Indian history and dates back to 10,000 years. The word ‘yoga’ is derived from the Sanskrit word ‘yuj,’ meaning “to join” or “to unite.” In Sanskrit, the word ‘yoga’ refers to any form of connection.

There is no set definition or interpretation of yoga because it has been adapted, amalgamated, and reinterpreted by various followers and cultural groups. Its ultimate goal, however, is to transcend oneself from the physical world and control one’s body and mind to achieve that liberation.

The experience of being at one with the existence is the ultimate achievement in yoga, as it’s seen as a state of freedom. In yoga this is referred to as “mukti,” “nirvana” or “moksha.”

Yoga should not be mistaken for a religion. It is a philosophy that largely relates to the practices of Hinduism and Buddhism, but it resonates with people all over the world. Men who do yoga are called ‘yogis’ and women are referred to as ‘yoginis.’

The reasons people take up yoga may be personal, but primary reasons are universal.

Popular and beneficial reasons for yoga:

Yoga takes your body through a genesis. It forces you to work your entire physique with poise and gratitude. Each time you do a session of yoga, you use each part of your body, including the areas of cartilage that aren’t normally used. If you are anything like me, you don’t have a flexible bone in your body. But apparently, you don’t have to be.

Consistent visits will loosen muscles and connective tissues. Through improving posture, it also improves muscle strength. Poor posture can cause neck, joint and back pains which can eventually lead to degenerative arthritis of the spine. Since many postures in yoga require you to carry your own weight, your bone density and resilience are strengthened. 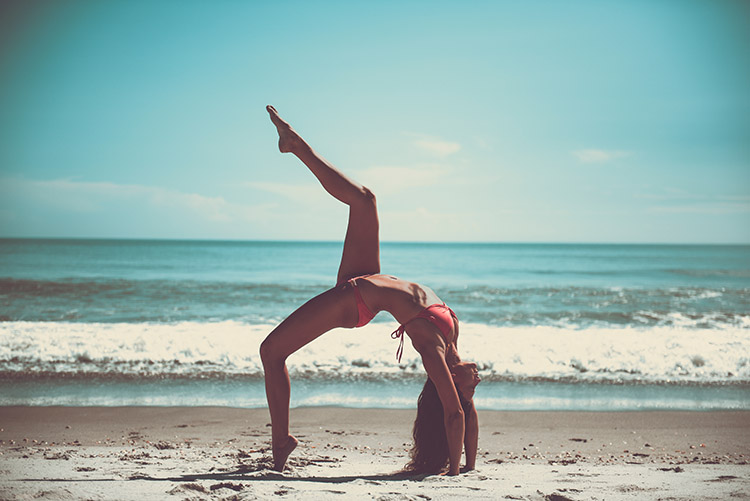 Whenever someone tells me that yoga “centres” them, I can’t help but imagine them frivolously chanting ‘Om.’ It’s much deeper than that, however. Yoga allows for deep-rooted self-awareness. For those with generalized anxiety or difficulty concentrating, the practice of yoga allows for increased consciousness and inner balance.

A huge part of yoga is breathing techniques. It allows you to get the most out of your inhalation and improve your lung capacity. This will lead to feeling generally much better.

Meditation is crucial to yoga. Mastering a difficult pose may be a goal for many yogis and yoginis, but you won’t reap the benefits and true potential of yoga unless meditation is achieved. Harmonization with the universe is key to yoga. The practice of yoga is increasing in followers each day.