Birth control: a necessary evil for everyone hoping to avoid driving a gaggle of their genetic copies to soccer practice for the next 18 years.

Up to this point in history, men have really only had two plans of action to avoid reproducing: condoms and vasectomies. So, it’s easy to see why birth control is usually left up to the female partner in a relationship. An IUD or NuvaRing just seems like a lot less of a hassle than wearing condoms every time you have sex (side note: if you have any doubt that you or your partner may be at risk for having or transmitting a STD, you should wear one anyway). But for the first time, men are going to have the option to use a device of their own to prevent pregnancy with their partner, one that is long-term like an IUD, but will be fully reversible, unlike a vasectomy. 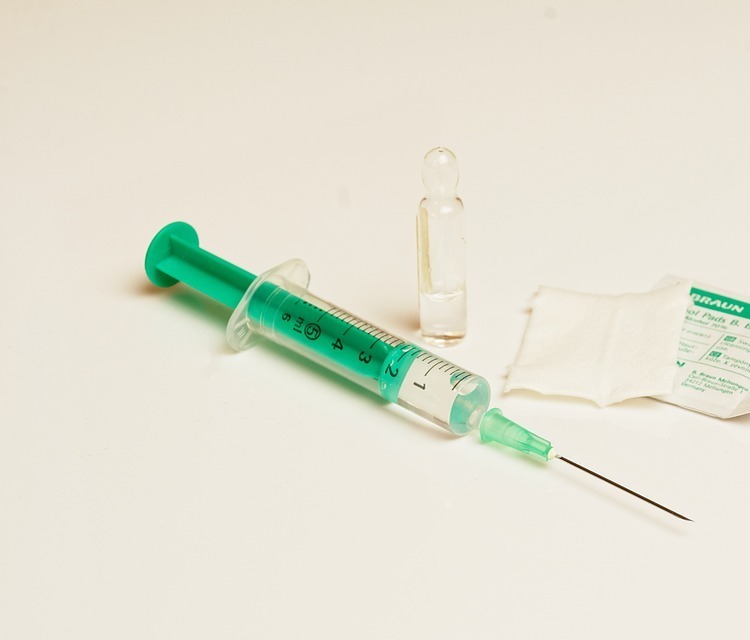 No pill-popping, no surgery, and no excess stress: the upcoming male contraceptive is the sliced bread of birth control, with a non-surgical procedure that takes less than 15 minutes to complete and has long-lasting results. There is an injection involved in the process, but the needle used is barely felt by the patient and once the gel is administered, the doctor slaps a Band-Aid on it and they’re good to go.

Vasalgel is not a drug, but is actually a contraceptive device, so less similar to birth control pills and closer to an intra-uterine therapy in its purpose and intended results.

So how does it work?

Let me introduce you to the vas deferens, the handy little tube in men’s bodies that take their baby-makers (sperm) to their final destination, which also happens to be the hero of our story. Nestled inside the scrotum, it’s easily accessible for doctors going through the procedure to access it and administer the gel, which molds itself to the inside of the tube to form a flexible barrier that the sperm can’t get through so it is reabsorbed into the body.

Simple, cheap, and safe, as well as hopefully fully reversible with just another injection to flush away the gel, the product’s 2018 release is widely anticipated. Orgasm and ejaculation still both occur normally, only seminal fluid is released and there should be no physical pain or other discomfort involved in the process.

The reason that Vasalgel is such a highly anticipated, groundbreaking product is because the options for men up to this point have been limited. Condoms are and have always been a way to both stop the spread of STDs and prevent unwanted pregnancies, but they aren’t always used by couples. Though they are an excellent way of limiting risks in sexual activity, only about 68 per cent of young Canadians actually use them. People often see condoms as something that will reduce and inhibit their pleasure during sex; some see them as simply an inconvenience and some people have misconceptions about how exactly STDs are transmitted. Even asking a partner to wear a condom can be seen as offensive and as a sign of mistrust in the relationship.

On the other hand, a vasectomy is a more permanent birth control option that is a much larger commitment because it is unlikely to be reversible. To get a vasectomy, the surgeon either clamps, cuts, or seals off the tube in the same place Vasalgel is injected, the vas deferens. This stops the sperm flow permanently from getting ejected from the body, which in turn takes away the chances of a baby. There are also possible side effects to this procedure like chronic pain, hematoma (blood clotting), infections, sperm granuloma (clumping of the sperm), bruising and swelling.

Joseph, a 52 year-old man, discussed the issue with me. He suffered from a brutal post-vasectomy infection that lasted for about a week after he decided to get the operation done. He decided to go through with the procedure after he and his wife had their third child. “So you can see how it’s problematic,” he said, and then proceeded to tell me how much he is looking forward to the release of Vasalgel so that men are not as limited as they are now.

A male Pill was tested at one point, but pushed to the side in favour of other pursuits.

IUDs, pills, patches, female condoms, rings and sponges are all types of birth control that are commonly used by women to prevent pregnancy and have safe, enjoyable sex. Though there can be some uncomfortable side effects (like acne, or, you know, depression), these methods are usually effective in keeping buns out of ovens and giving some peace of mind to couples who aren’t ready to handle a tiny human being. 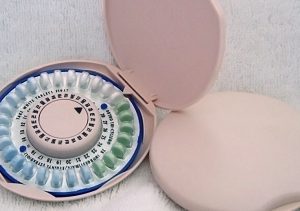 Now that we finally live in an age that recognizes a shared responsibility for both partners, the range of products being focused towards men is steadily expanding into a greater and more diverse collection of choices. The limited options means the majority of pressure and responsibility is given to the woman to stress over. The ground breaking new research into different options is paving the way for equal responsibility and participation in birth control. The sacrifices needed to enjoy sex don’t always have to be a one-sided commitment to the discomfort, hormonal shifts, mood swings and irritation that come hand-in-hand with using the commonly available female contraceptive methods.

A common concern for men is the risk for infection post-vasectomy surgery, which is always a possibility, as is the possibility of it never being reversible, which is a risk most men are willing to take when they get the procedure done. However, men also have concerns about the new male birth control shot.

Adnan, a 19 year-old university student, is particularly concerned about the possibility of the company failing to make the product reversible. “It seems like there has not been enough testing to see the reversibility of the product…it would be a definite risk factor,” he said. Similarly to his opinion, some men are concerned about the potential of irreversibly harming their future ability to reproduce, but an almost equal amount seem not to be worried about it. However, the testing has come back very positive and progress is moving forward steadily.

Many older men who have received the vasectomy procedure look back on the available methods they had in the past and wish that there had been some other options concerning them instead of the women they happened to be with.

Brandon* a Toronto resident in his twenties, explained how he felt about the newfound birth control. “Vasectomies seem like a very crude and much more dangerous option than hormonal birth controls that are available to women,” he said. “[I’m] sure this product [Vasalgel] is a step in the right direction, especially if it will prove to eliminate the risks of sterility that are present with vasectomies.”

He was also very adamant about equally sharing the responsibility. “I believe there is no good reason to pin the responsibility of managing birth control on any individual in a relationship based on their gender, and that it is something that is from my experience discussed thoroughly with both the partner and the medical professionals who administer the products,” he said.

Brandon also is looking forward to its release. “If this new birth control continues to stand the rigours of modern medical testing, then it’s something I would be extremely likely to consider,” he said.

Now that technology has advanced to this point, the awareness of safe sex is spreading to both genders; the topic of shared responsibility is spreading more and more and becoming an open concept between partners. For example, having a man undertake the Vasalgel procedure would remove a lot of risk and stress off of the female partner. There are many proven harmful potential side effects of female contraceptives like ovarian cysts, puncturing of the uterus, painful or heavy menstruation, depression and acne. And even though there are options for men at this point to prevent pregnancy, there still isn’t enough responsibility given to them to take matters into their own hands and step up.

The truth of the matter is that, ultimately, men can walk away from an accidental pregnancy.

Birth control has always rested mostly on the shoulders of women because women are most at risk for the dangerous effects associated with sex and birth control. In having a reversible device that is placed inside of the man, he is effectively ensuring that he stops the possibility of pregnancy before it even begins. And, just as it is for women, Planned Parenthood is always available to men for check-ups, screenings, condom provision, STD testing and a variety of other services. 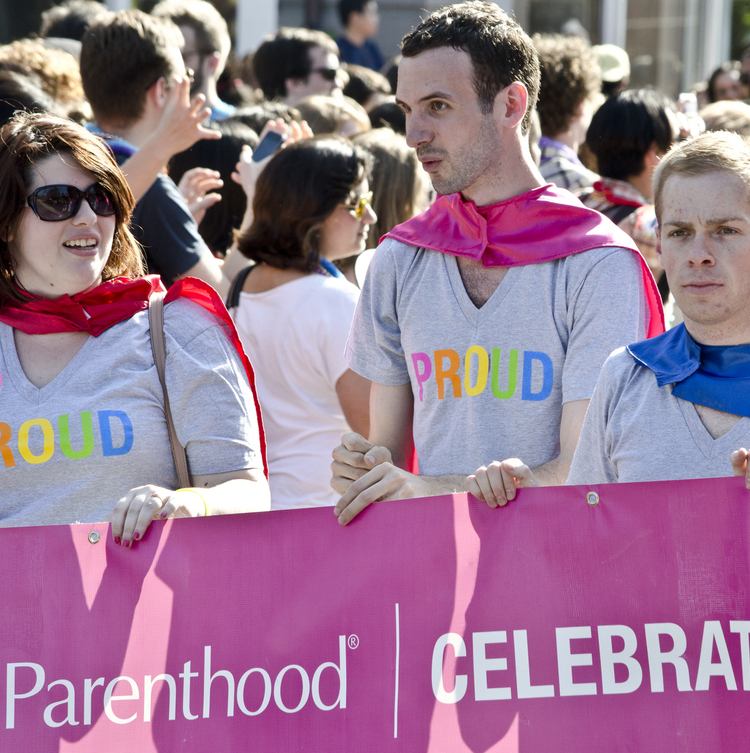 Unfortunately it is not 100 per cent proven that Vasalgel will be completely reversible, which concerns people like Adnan. “It seems like there has not been enough testing to see the reversibility of the product if a male wants to reproduce in the future,” he said. He shares this opinion with a lot of men who see this risk as something that might prevent them from actually going out to get the procedure done on themselves. However, in the testing done on rabbits, the results were extremely positive, indicating good things to come for future Vasalgel users.

It seems to be that the majority of men, old and young, share the same opinion: both excitement and apprehension to begin using Vasalgel in order to both take some of the pressure off of their wives and girlfriends and to also just have another option that is dependable and reversible.

It is always important to sit down with your partner and discuss the preferred methods of safe sex, whether it’s condoms, pills, or even abstinence in some cases. But now that new products like Vasalgel are working their way into the market, the discussion is changing. If you would like to speed up the process, you can donate to the Parsemus fund here and see the results quicker.

*This participant wished to remain anonymous.