Ken Kesey took his first tab of acid in a government control room.

“How did the substance make you feel?” Asked the nurse.

“I felt like I discovered a hole in the centre of the Earth and you could see jewelry down there, and you wanted other people to go down there and enjoy it.” Kesey responded.

Before LSD was a powerhouse on the hippie black market, the American government chose test subjects to explore the effects of the newly-developed drug. What the government didn’t foresee, however, was one of their first test subjects, Kesey, becoming a sort of psychedelic Frankenstein that would go on to pioneer the hippie movement of drugs, free-love and rebellion that immortalized the golden age of the ’60s and ’70s.

Kesey began as an aspiring author working as an orderly for a mental hospital in California. After the government fed him LSD, Kesey decided to experiment with peyote one night while working a graveyard shift at the hospital. Visions of a tall native man named Chief Bromden came to him in the ward corridors. This hallucination, Chief Bromden, would later become the main character of Kesey’s critically acclaimed novel, One Flew Over the Cuckoo’s Nest, taking place in a psych-ward and later becoming the Academy Award winning film staring Jack Nicholson that gen-Y’ers are likely most familiar with. 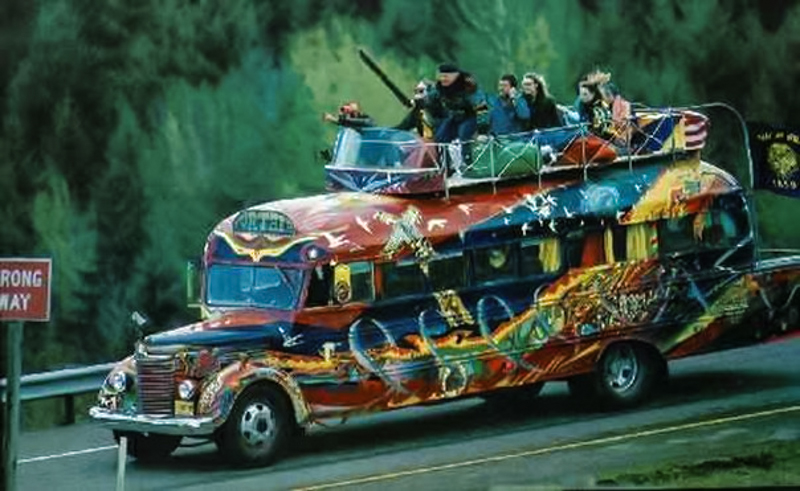 After Cuckoo’s Nest, Kesey wrote his second novel, Sometimes a Great Notion, before putting down the pen. “I’m tired of waiting for an echo…I’d rather be a lightning rod than a seismograph,” he testified. So using the proceeds from his first novel, Kesey bought an acid-coloured bus, loaded it with a dozen-or-so hippies and accumulated a hefty reserve of film production equipment.

Kesey’s crew of misfits adopted the collective title of “The Merry Pranksters,” and named the bus “Further,” driven by none other than Neil Cassady—Jack Kerouac’s former best friend and inspiration for the main character in Kerouac’s cult-classic novel, On The Road, often cited as the defining work of the Beat generation. 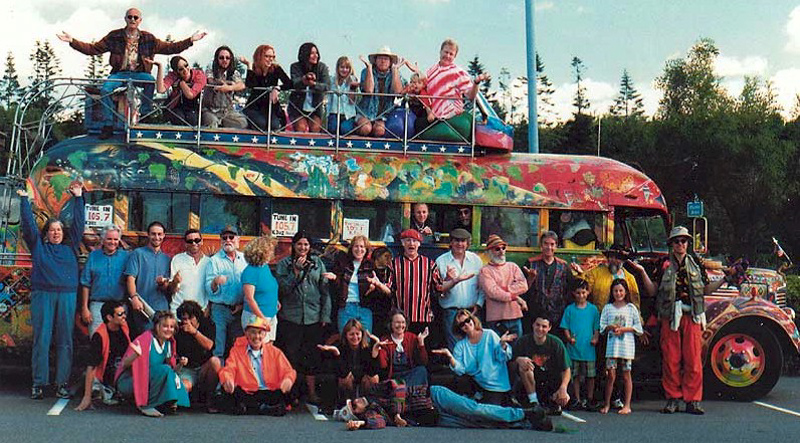 Armed with a jug of acid spiked orange juice and his band of Merry Pranksters, Kesey prepared for a revolution clad in indian-beads, tie-dye and greasy hair. The first stop was New York City, and with an amphetamine-fueled Cassady at the wheel, the rest of the Pranksters blew horns and waved flags at the passing doe-eyed blur of old America. In Kesey’s eyes, you were “either on the bus, or off the bus.”

When the Pranksters arrived in NYC, they didn’t receive the warm welcome expected from the East Coast intellectuals and Kesey’s acid-toting counterpart, Timothy Leary, who took a more introspective approach to LSD. Their time in New York was short lived, but not before Cassady introduced Kesey and the Pranksters to Allen Ginsberg and Jack Kerouac, who was either thoroughly unimpressed or affected by the suffocating apathy of alcoholism. Allen Ginsberg, on the other-hand, was prepared with a thick enough beard and jesus-hair combo to rival any acid-demented hippie in America—and at least in a figurative sense, Ginsberg was certainly on the bus.

To Kesey and the Pranksters, New York was stale and suffered from a cultural lag that harboured a limp approach to LSD and the era of psychedelic enlightenment. While Leary and his friends were taking acid and locking themselves in private libraries, Kesey and the Pranksters would head back to his property in La Honda, California, to initiate what they felt to be the true “acid test.”

Back in California, Kesey and the Pranksters organized a number of acid tests—a primary meeting place for every curious hipster, long-hair and misfit on the West Coast to take acid and rave to the tune of free-love and kaleidoscope strobe lights. LSD was a gateway to the centre of the universe that only those with an open mind and heart could access. The acid tests were sink or swim—if you tried to control the drug, your trip would turn nightmarish. The trick to a passing grade relied on the ability to let go; your reward was a good trip and a peak into the unbridled synchronicity of the human experience.

Among those with a passing grade were Allen Ginsberg, and the members of the Grateful Dead, who became the soundtrack of Kesey’s acid tests long before they reached international fame. Kesey would have the band perform at his gatherings, threading their music into the fabric of the ’60s psychedelic movement as they slowly developed the cult following that would go on to chase the experience across the country and manifesting in the crowds of Dead concerts. One of the original Pranksters, Mountain Girl, later married lead guitarist Jerry Garcia. 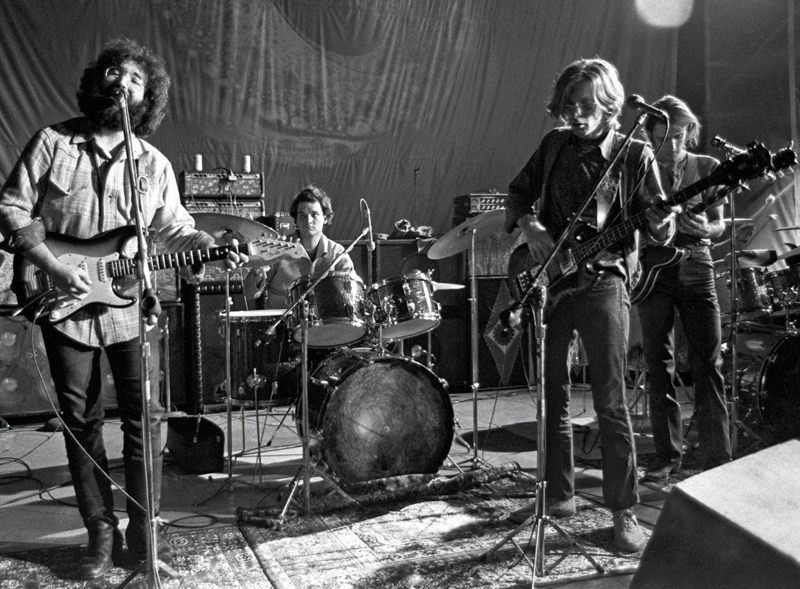 Among other attendees of the acid tests was Gonzo journalism pioneer, Hunter S. Thompson, who at the time was deeply embedded with the Hells Angels—an outlaw motorcycle gang that had grown a notoriety and cultural significance of their own at the dawn of the ’60s. Thompson introduced the Angels to Kesey and the Pranksters in a soup of cultural figureheads and drug swaddled degeneracy that became the Prankster home-base in La Honda, California. 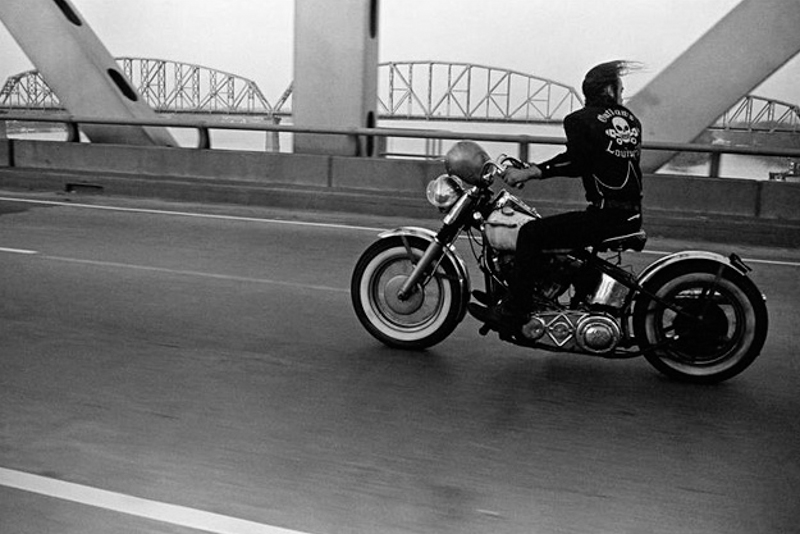 In 1967, The Beatles launched their Magical Mystery Tour, citing the Pranksters as their inspiration. This combination of influential musicians, writers, subcultures and their respective figureheads struck a DayGlo neon flame to the trail of psychedelic excretion leaking from the painted exhaust of Kesey’s bus. The ’60s were in full acid-peak, and a year later The Electric Kool-Aid Acid Test was released—Tom Wolfe’s candid non-fiction recounting of the people, movement and events that fell into the orbit of Kesey’s magnetism. Tom Wolfe himself would later become a recognized pillar of the ’60s counter-culture movement, The Electric Kool-Aid Acid Test a true monument of New Journalism and a vital stone in the foundation of the psychedelic era.

At the height of his influence, Kesey fell victim to multiple convictions for marijuana possession in an age of reefer madness, and in an attempt to shake the cops, faked his own suicide, leaving his truck at the foot of a cliff containing a suicide note forged by the Pranksters. Kesey got a friend to smuggle him into Mexico in the trunk of his car, where he remained an outlaw for the next eight months. After returning to America, he was taken into custody and spent five months in San Mateo County jail. 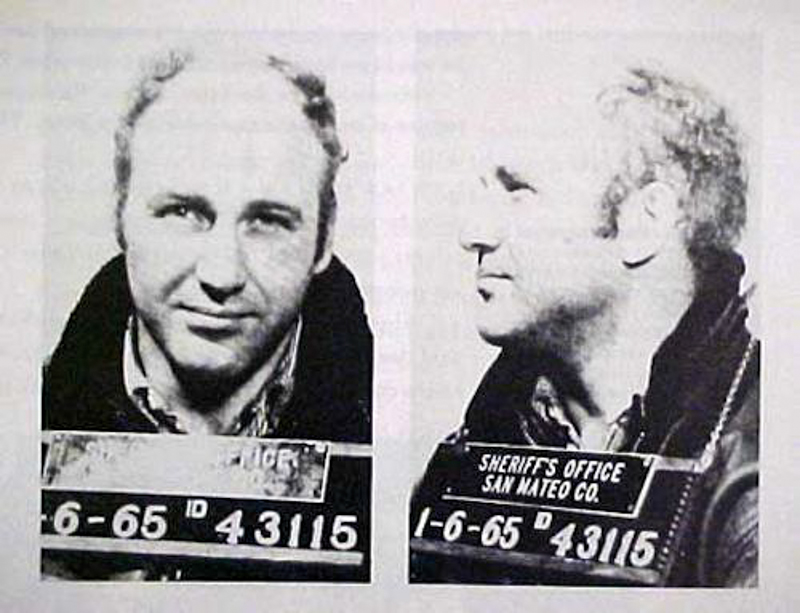 Though Kesey’s film never surfaced—mainly because the Pranksters were too high on acid at the time of shooting to capture anything coherent—he became exactly as he prophesied: a lightning rod, absorbing and dispersing the electricity of 1960s’ California and splattering neon paint across the otherwise grey pages of 20th century history books.

Kesey would be known for many titles in his lifetime; author, public figure, outlaw and cultural-activist. And though Kesey would go on to write a number of later books in life, his stamp on American culture is bright and bold—the same DayGlo ink that painted the Prankster bus in the golden years between 1960 and 1970.