An industrial design student in Vienna has created a product that uses the air’s moisture to fill a water bottle attached to a bike, but he has higher hopes than just fuelling bike riders travelling long distances: he hopes his invention can someday provide water in areas that have shortages or polluted sources.

Kristof Retezár, who attends the University of Applied Arts, has named his contraption “Fontus” after the Roman god of springs and wells. 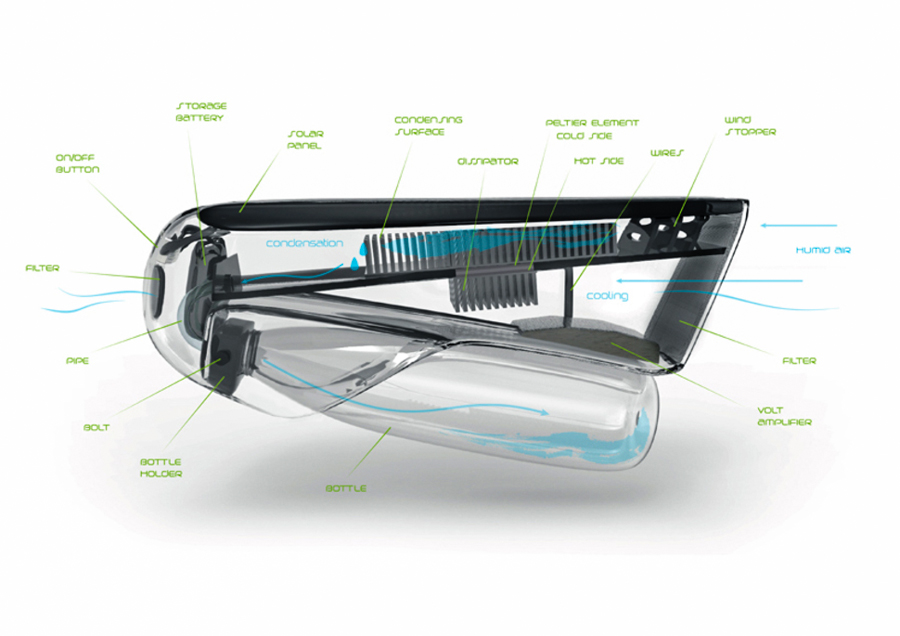 Retezár formulated his invention in an unlikely place: his bathroom.

Since Vienna doesn’t have the right climate—condensation is most easily created when the air is 20 percent Celsius with at least 50 percent humidity—Retezár created the perfect environment in his own bathroom. Fontus is currently in the prototype stage. Retezár and his partner are hoping to raise funds for further development through crowdfunding and investors. Mass production will wait until they’ve perfected the technology. One major flaw is that Fontus won’t work in cities because the air is not clean enough, and it needs to be able to purify the air. 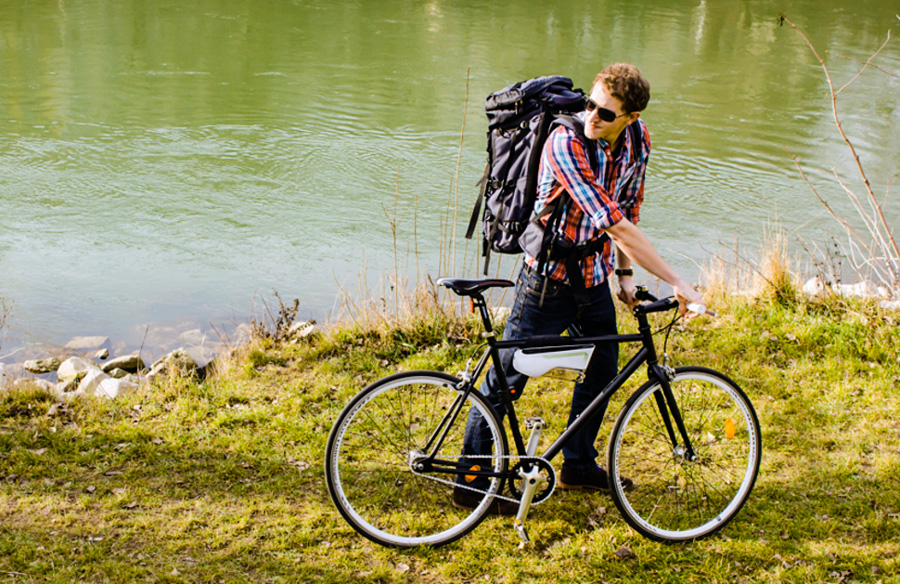 Fontus uses the scientific process of thermoelectric cooling which involves heat moving from one vessel to another. In order to turn into water, air has to be hot and humid, and then cooled. Fontus has a “Peltier Element,” which is separated into two and uses electricity to cool the top part down while also heating the bottom part.

Retezár sees his invention working on lengthy bike rides where people don’t have access to water, but he has a more altruistic hope: Fontus could help solve the world’s growing problem of water scarcity.

Fontus will be able to help those living in areas of the world where water is either too dirty to drink or where there’s a water shortage. According to the UN, over 2 billion live in water-scarce regions. 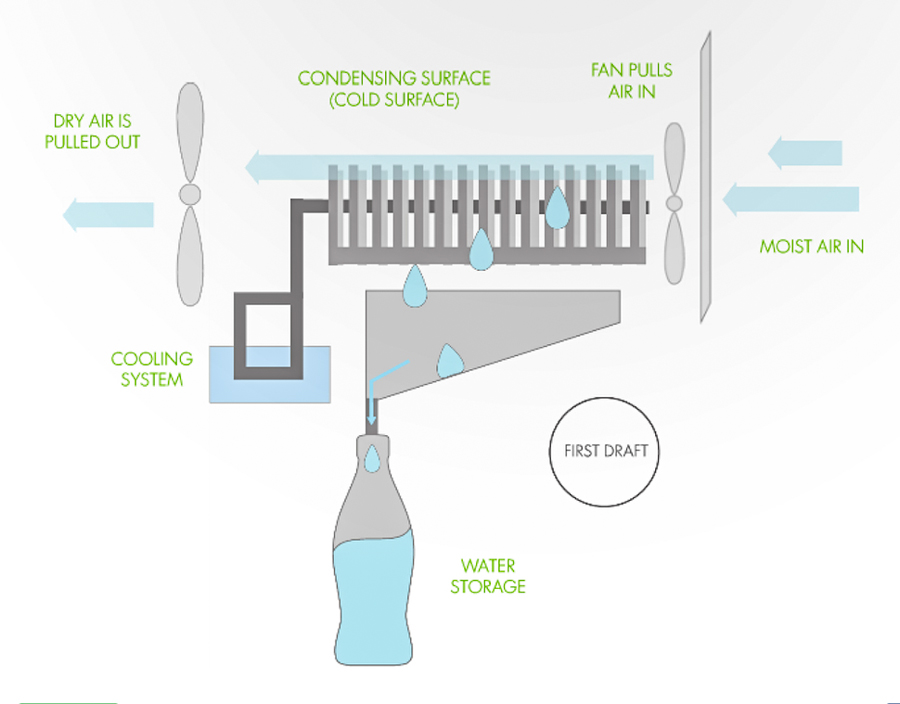 The prototype costing a mere $40 or less to produce, Fontus can convert 17 ounces of water an hour from thin air. 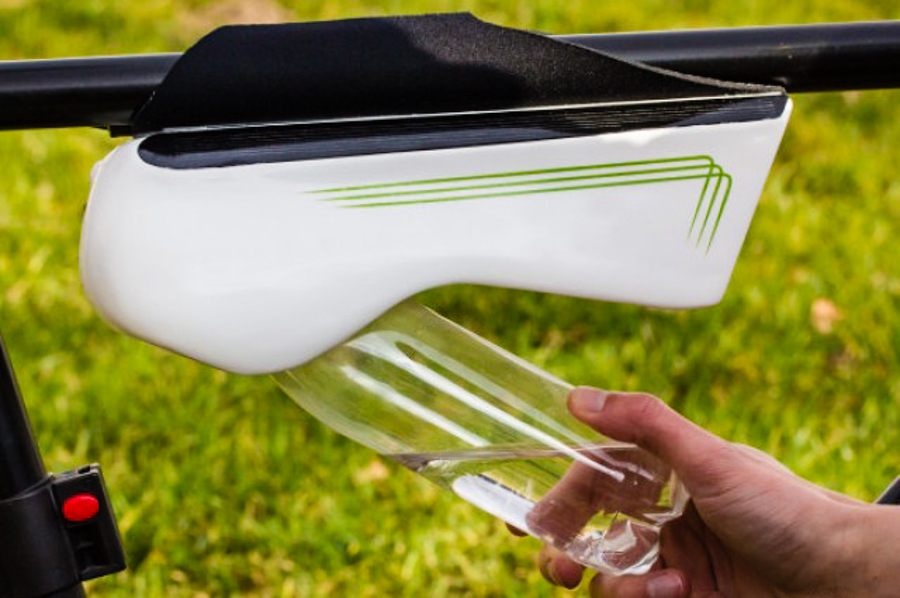