I buy a carton of orange juice almost every week, but I’ve never once thought about where the peels from the 16-or-so oranges went after the making of my beloved juice.

But chemist, Dr. Justin Chalker and the team of researchers at Flinders University found a use for the bitter peels which typically end up in the garbage. Chalker discovered a simple way to remove mercury from water using a jelly-like polymer made of the oil extracted from orange peels and industrial waste.

Dr. Justin Chalker and the team of researchers at Flinders University found a use for the bitter peels which typically end up in the garbage.

“We take sulphur, which is a by-product of the petroleum industry, and we take limonene, which is the main component of orange oil, so is produced in large quantities by the citrus industry, and we’re able to react them together to form a type of soft red rubber, and what this material does is that it can grab mercury out of the water,” Dr Chalker said in an interview with The World Today.

A soft rubber is created from orange oil, limestone, and sulphur that can grab mercury out of the water.

“Mercury contamination plagues many areas of the world, affecting both food and water supplies and creating a serious need for an efficient and cost effective method to trap this mercury,” Chalker told Science Alert. “Until now, there has been no such method, but the new sulphur-limonene polysulfide addresses this urgent need.”

Their eureka moment came while trying to produce a plastic-like material out of recycled waste. After discovering that their material seemed to bind well to heavy metals they tried to bond mercury to the substance. From one treatment, 50 per cent of the mercury was absorbed and the reddish rubber turned yellow.

Being able to bind with mercury means that it can literally suck up mercury from other substances and chemically store it.

Mercury is considered one of the top ten chemicals or group of chemicals of major public health concern to the World Health Organization (WHO). Depending on a person’s exposure to the chemical the health effects can differ, but in general the inhalation of mercury can produce harmful effects on the nervous, digestive and immune systems, lungs and kidneys, and could be fatal. It can be predominately more dangerous to children potentially harming their neurological development.

Polymer blocks placed in waterways or oceans will act as sponges, and change colour when mercury is absorbed. 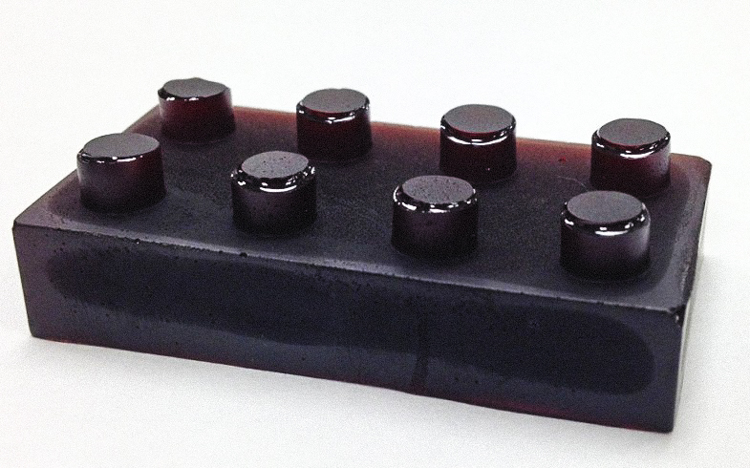 The researchers hope to build the polymer in blocks that will act as sponges in contaminated waterways, or even in oceans. They are also exploring ways it could be used as a detector because it changes colour when mercury is absorbed. The next step in production is to find a way to line industrial water pipes and purify ground water with it.