Who doesn’t like otters? They’ve got the soft and rounded face of a kitten combined with the manic, playful energy of a youthful puppy, and the slippery aquatic grace of a baby seal to boot. They inhabit a wide variety of aquatic habitats, including lakes, rivers, and the open ocean, and sport a variety of unique adaptations designed to help them live both on the shore and hunt in the water. And it bears repeating that they’re pretty darned cute. 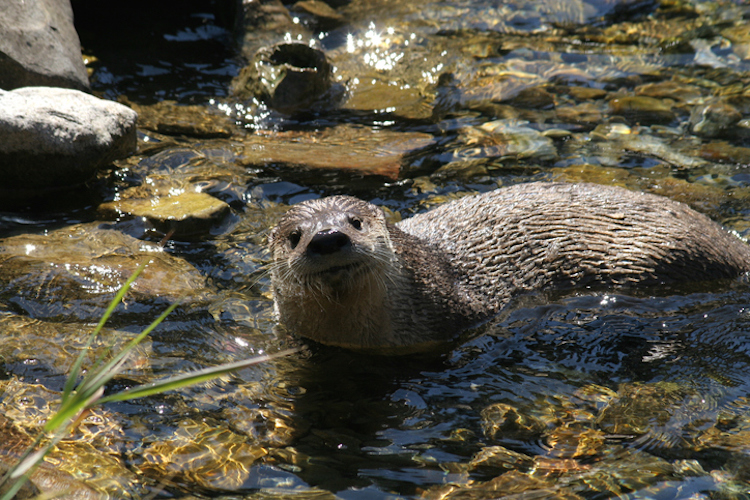 Otters belong to the carnivore family of mammals, a widespread group of meat-eaters. Dogs, cats, bears, and even racoons all fall under this broad category. Otters can trace their lineage back to the mustelid family. This small but ferocious group can be immediately distinguished by their oversized scent glands and low-slung bodies and includes such long-bodied creatures as weasels, ferrets, and wolverines. At least one mustelid has taken these scent glands and refined it into one of the most devastating chemical weapons biology has ever evolved: you might know it as the skunk. Mustelids are widespread and diverse, but the creatures we see today pale in comparison to some of the mustelids of the past.

On January 23, 2017, a group of Chinese scientists reported the discovery of a giant, hitherto unseen species of otter. Fossils recovered from Shuitangba quarry in southwest China revealed the creature’s skull, which had been buried in soft brown coal and subsequently crushed into a bony fossil pancake. It took several advanced scans and three-dimensional reconstructions before scientists could begin to piece their find together –and what they found astonished them.

Weighing in at 50 kilograms and stretching more than two metres, Siamogale melilutra, or “otter-badger,” was three times bigger than the largest extant otter species, and was probably the largest species of otter ever to roam the Earth. Six million years ago, it prowled the then-swampy lands of China, making its homes in the abundant lakes and streams created by post-glacial meltwater. Broad evergreens and grasses supported a variety of creatures like pigs, deer, and stranger creatures like chalicotheres – bizarre horse-like ungulates built like gorillas. 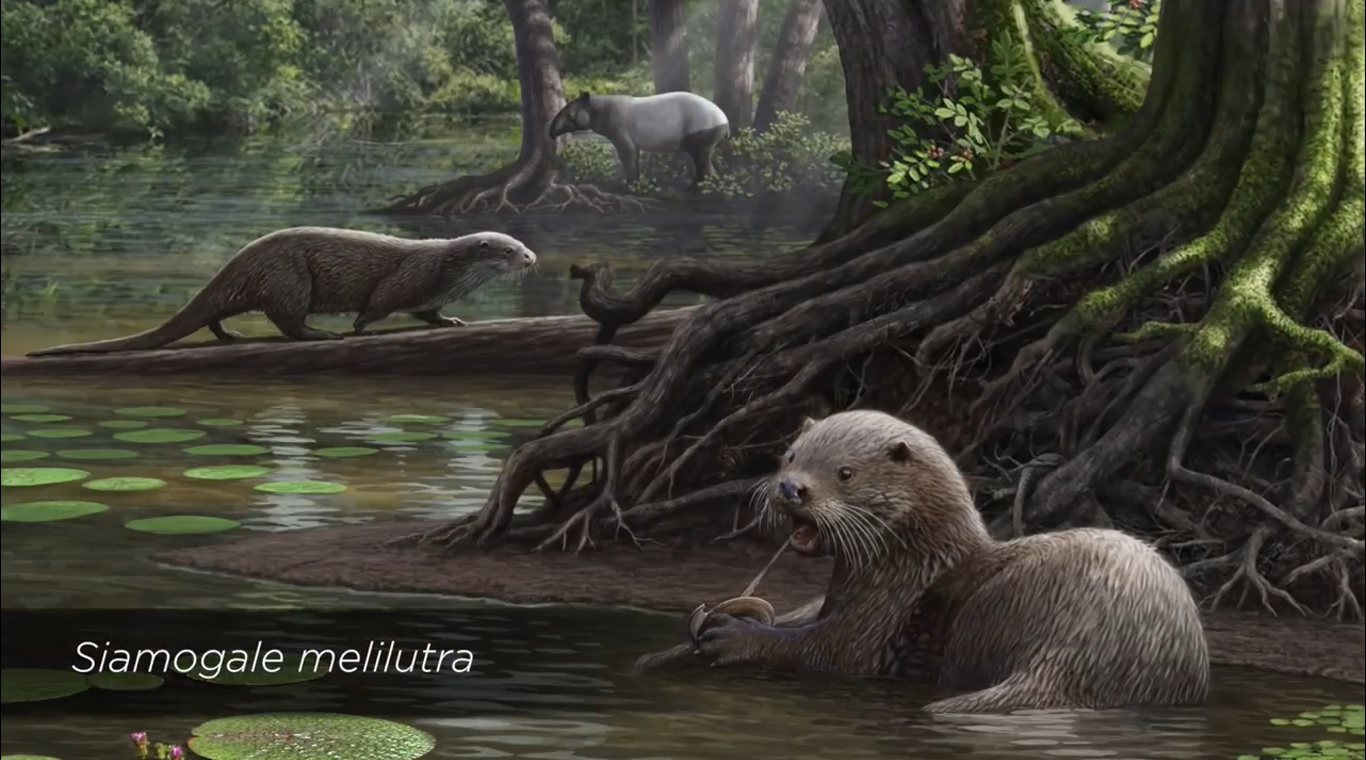 The wolf-sized S. melilutra might look like a fearsome predator, but scientists believe that this giant otter wasn’t quite the carnivore its size and strength would indicate. Based on the unusual shape of its teeth, scientists theorize that the giant otter eschewed the aggressively carnivorous habits of its modern-day cousins – who regularly consume fish, baby ducks, and young beavers – in favor of slower-moving prey like shellfish, oysters, and clams.

Why the massive size if it went after creatures who couldn’t fight back? Part of its imposing size might have had to do with the changing climate; in the Ice Age, big animals were less prone to freezing than small animals. Its size might also provide a hint into its feeding methods. While modern otters use rocks to crack open tough invertebrate shells and gobble their soft insides, Siamogale melilutra may have forgone tools entirely in favor of its own brute strength, crunching prey apart by sheer bite force alone.

Siamogale melilutra is not the only example of supersized prehistoric beasties. Other marine mammals are known to have grown to giant proportions during Earth’s recent history, including beavers and even platypuses. Don’t expect to see it in the next Jurassic Park movie, however – it’s just too cute to be scary.