Andrew Siess, a 25 year-old from Minnesota, just became the youngest person in the world to circumnavigate the globe entirely on foot.

Born out of a recklessness passion for the road, for Siess, his journey wasn’t about recognition, but was merely the next step in a lifestyle choice that began in 2009, originally taking him on two wheels to the southern-most tip of South America in 2010. “I already biked to the end of the world and back, canoed the Mississippi and sailed across the ocean. I wanted something that scared me, and walking was the next step,” says Siess. So in May of 2012—starting in Sorrento, Italy—Siess bought some cheap clothes and a backpack, and started walking.

Almost parallel to the feat of walking the entire girth of the planet, is the fact that Siess completed the journey on a budget of $4,000. Over the years, he’s slept in fire stations, churches, mosques, and used resources like Warm Showers and Couch Surfing to make it work. “No one will let you starve,” explains Siess, “almost all people love to help you get where you’re going if you’re doing a trip that interests them, and if they’ve travelled before, they’re usually down to pay it forward.” Mostly, though, the inside of Siess’s tent is where he calls home. 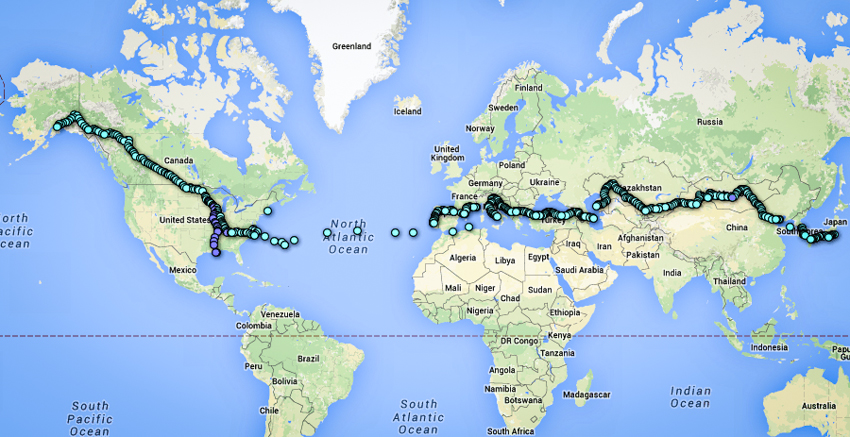 Talking to Siess, it’s evident that his travels are seeded by innumerable games of 20 questions—curious onlookers hardly able to grasp a journey of such length and isolation. Strangers, family and friends demand context for a journey so admittedly tough to swallow, and perhaps this is the reason for Siess’s website, which gives a play by play of his experiences in various countries spanning the circumference of the globe. Most of the time, these are simple video blog posts—nothing of incredible cinematic-quality, but the stories are there.

In a particularly intriguing post, Siess documents the aftermath of an Atlantic Ocean crossing where a sperm whale had crashed into the bottom of his sailboat, nearly leaving him and a small crew stranded at sea. Luckily a passing German cargo ship came to their aid. Watching the footage—recorded in the quality of a cellphone selfie-video—it’s evident that Siess isn’t peddling his travels online to launch himself into some kind of Internet-glory; he’s doing it because in his own world, there’s no other way.

Still, as with any lifestyle, being a full-time globetrotter requires sacrifice. “You go hungry more often, sleep deprived more, colder, hotter, wetter, drier, sorer and you are always the new person—always the guest and have to act as such, so it’s hard to relax.” Siess explains. “You get harassed by police weekly, always have a dwindling bank account and when you’re sick you can’t afford help, and you can’t afford to stop.” Most recently, Siess was kicked out of Monaco for “walking and looking poor.” 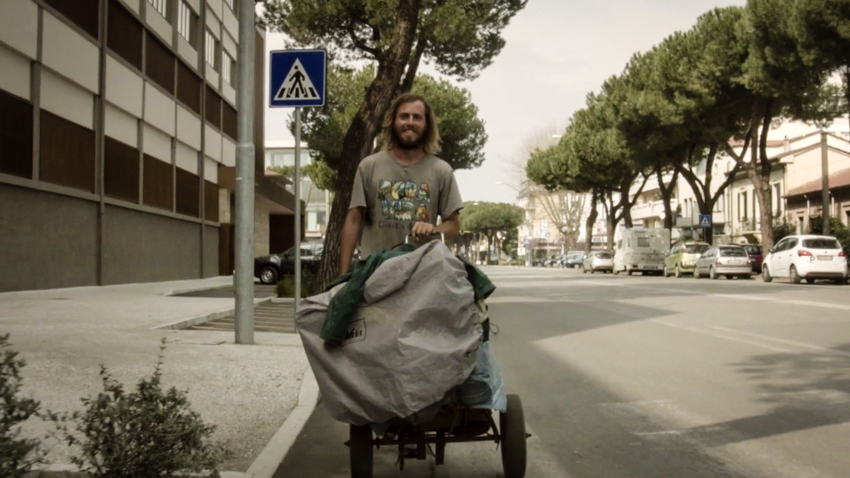 Siess’s typical day spans 33 to 62 miles on foot. For equal parts money and entertainment, he keeps a violin on hand at all time, always prepared to drop a hat on a street-corner and make some quick cash to help sustain his travels. “The best way to travel is to have a skill to offer—music or a craft, construction or art that you can give away. These things create friends all over the world even if you don’t speak the same language,” says Siess.

Siess elaborates on the colourful hidden pockets of society that one encounters in the throes of full-time vagrancy. “I’ve had friends go stay in an Iranian island that has a lot of drugs, alcohol and fun hippies—not what you might expect in Iran. I was also invited to stay at a radical faery/hippy commune in Tennessee, and another one in Portugal.”

But not everyone is interested in being your friend on the road—when you cross into unfamiliar territory in the uniform of a traveller, you’re left vulnerable. “I almost got raped at gunpoint in Bulgaria. In the end the guy just grabbed my nuts with a gun in his hand and I pushed him off twice,” Siess tells me. “I don’t feel that traumatized or anything, but I’m definitely more careful about where I sleep.”

In Siess’s eyes, his is a trip that’s accessible to everyone. He offers a few pieces of advice, cautioning against “drunk people who want to help you out,” and stating that the luggage stroller he uses to transport his gear is a game-changer for travellers on foot. But mostly, Siess believes it comes down to packing your gear and just walking.

On April 8th, 2015, Siess finally took his last steps in Sorrento, on the 1,020 day journey, spanning 24 countries and the entire circumference of the planet.

There is currently a movie in production on Siess’s travels, and talk of a book. 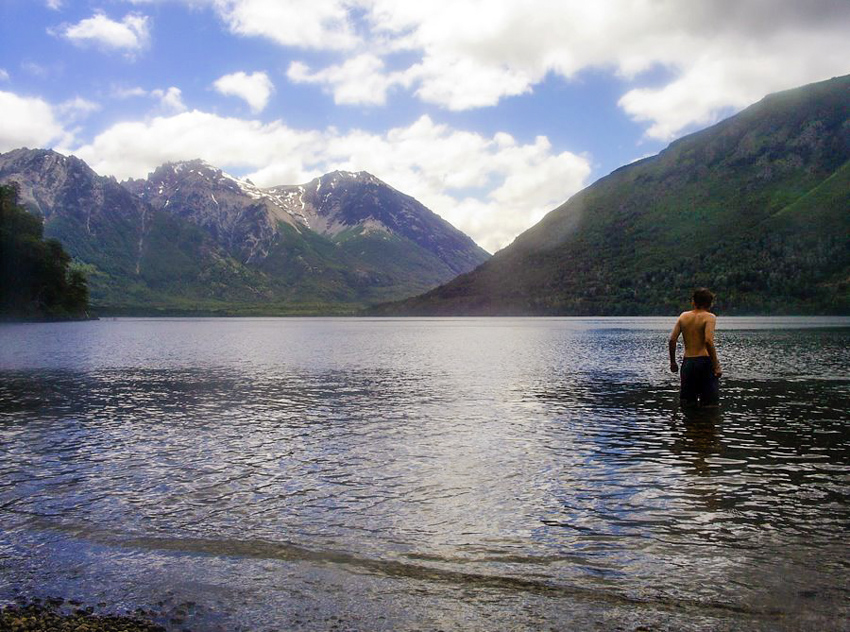 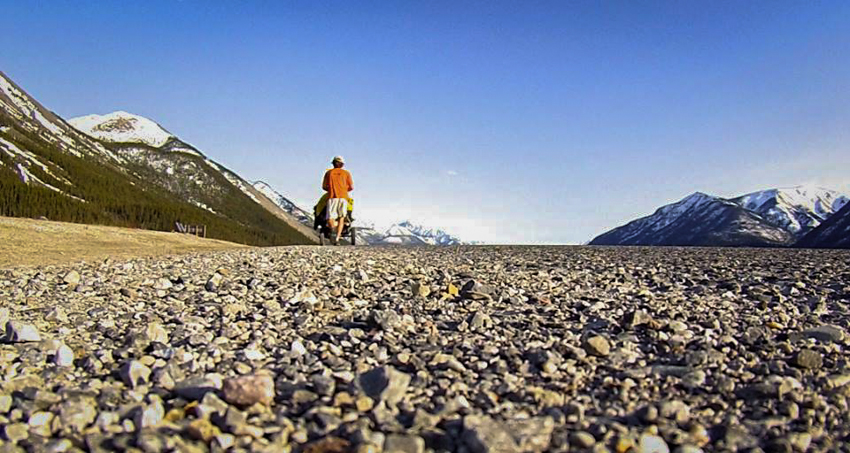