The education and empowerment of women around the world is a crucial step towards a better and brighter future. It promotes equality, combats societally encouraged oppression, and vastly improves a nation’s economic and developmental potential. A recent study suggests that educating and empowering women in developing countries could have an even greater impact—it could slow down the loss of biodiversity around the world and could even help solve world hunger.

The study explains that biodiversity loss and world hunger are closely related issues. Biodiversity is the amount of different species in an ecosystem, so an ecosystem with a lot of different species has high biodiversity, while one with only a couple species has very low biodiversity. Biodiversity is an important aspect of most ecosystems because it allows them to function properly. Insects pollinate plants, plants feed herbivores, herbivores feed carnivores, dead animals feed insects and plants—the circle of life. Of course, most systems are a lot more complex than that. Unfortunately, human interference and land development cause many ecosystems to lose the biodiversity that they require in order to function properly.

Biodiversity, the range of different species in an ecosystem, is important for natural systems to function properly. 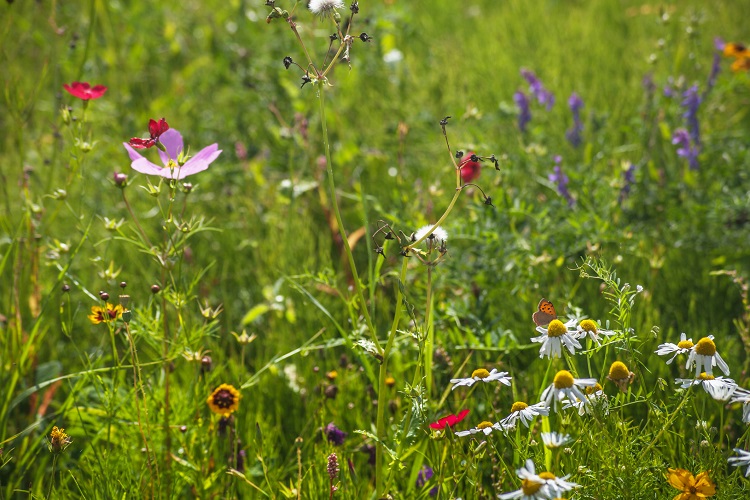 According to the study, the loss of biodiversity is directly related to human food development. “Follow the food and then you’ll know why the planet’s diversity of life is in trouble,” said Dr. Eileen Crist, the lead author of the study, in a Science Daily article. “We’re causing a mass extinction, and agriculture is arguably the primary driver of those losses.” World hunger is causing us to convert more and more land from its natural state to grow food, either displacing the indigenous species to less spacious areas, or killing them outright. Crist and her team have determined that the only viable solution to world hunger—and thereby to biodiversity loss—is the education and empowerment of women around the world.

To feed the ever-growing human population, more and more land is being used for agriculture, killing species and removing biodiversity.

Though the connection between these issues may not seem immediately obvious, Crist and her team make a compelling argument. They point out that the main reason for world hunger and our constant development of new agricultural land is the rapid growth of the human population. The population is growing exponentially at an alarming rate. After living for many millennia, the worldwide human population didn’t reach its first billion until 1804. However, we reached 2 billion in 1927, only 123 years later. Now, in 2017 (90 years after the second billion), the worldwide population is over 7.5 billion people. This rate is unsustainable, and Crist argues that population growth must be slowed to a stop if we are to solve world hunger and the biodiversity issue.

Crist makes the further argument that population growth in developed countries where women are well educated and empowered is very low or, in some cases, actually negative. High population growth is generally found in developing countries where women are oppressed and undereducated. “A key solution to unsustainable population growth is the empowerment of women,” Crist said. “By enhancing their human rights, giving them and their partners access to reproductive health services and contraceptive technologies, and improving their educational attainment, we can help address this planetary crisis.”

Educating and empowering women around the world would reduce the population growth and the need for agricultural land.

By educating and empowering women around the world, population growth will slow down drastically, making food production sustainable and preventing the further development of agricultural land, thereby slowing the destruction of biodiversity. This is just one more reason to promote the empowerment of women around the world.