Why is everyone depressed?

There’s been a lot done to help those with mental illnesses. We’ve raised awareness, promoted help lines and worked (and continue to work) to remove the stigma. While we still have a long way to go, we’ve made a lot of progress as a society.  People with mental illness are more supported now than they ever have been, despite how it may seem at times. Which is good – everyone should feel supported in the struggles they face. However, lately, I’ve noticed that I seem to be supporting an awful lot of people who are struggling with one specific brand of mental illness: depression.

Despite the best efforts of educators, politicians and health care professionals, over 16 million Americans claimed to have had a depressive episode last year.

There are a little over 320 million people in the U.S.  Assuming that no one under the age of five has clinical depression, we’re looking at just over five percent of the population reporting a depressive episode.

So why is my Facebook feed filled with advice on how to deal with depression, why is it that I can name ten people taking antidepressants without a second thought, and why has diagnosed depression doubled in the last 20 years?  I don’t mean to imply that my predicament is any worse than those genuinely suffering around me, but it does make me wonder.

If there’s only supposed to be five percent of Americans suffering a depressive episode per year, then why is everyone around me so miserable?

Well, the obvious answer is that I’m somehow the deciding factor. Perhaps I’m spreading depression like a virus, but this seems unlikely. For one, a single individual’s actions are unlikely to cause widespread depression, unless they happen to be in a position of great power. For another, this is a widely known phenomenon, and others are also looking for answers.  Unfortunately, it’s not immediately clear why the numbers don’t add up to people’s experiences.

Option One: Everyone’s Faking It

Okay, maybe not everyone — but the idea is that many cases of depression are actually an over-diagnosis. This seems to be at odds with so many Americans taking antidepressants – after all, if a doctor prescribed them, there must be a real problem. However, as it turns out, it’s not that hard to get an antidepressant prescription.

Americans have a well-established tendency to throw pills at problems, and depression has a subjective, easy-to-embellish symptom list. The fact that more people are prescribed antidepressants does not necessarily confirm that they are clinically depressed. 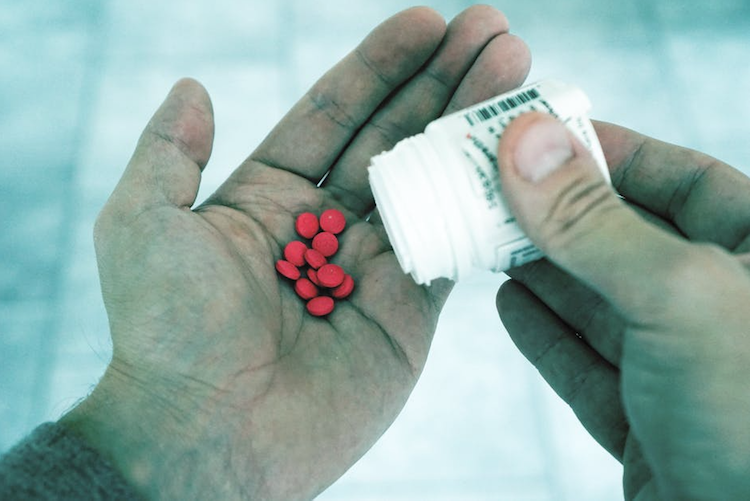 Some have attributed the rise of depression to the widening of the psychiatric criteria.  In order to qualify as suffering from major depressive disorder (MDD), symptoms only need to persist for two weeks. While this can feel like a lifetime to a suffering patient, some believe that this shorter timeline has led to normal periods of sadness masquerading as MDD. And since we can’t see mental scars, we can’t know if someone is merely blue or if they are suffering from MDD.

Perhaps, in a misunderstanding of the gravity that a depression diagnosis holds, people have attributed their sudden case of the blues to MDD when they are really experiencing something normal. Long, intense periods of despair are a part of anyone’s life, and isn’t necessarily a sign of clinical depression. Sadness doesn’t have a treatment.  The only option is to suffer, introspect, and work through it. Depressive disorders, although actually much more severe than normal periods of despair, do have a treatment option: antidepressants. Perhaps in our eagerness to solve a problem right away rather than the right way, we’ve skipped a couple steps.

Option Two: Something is Wrong With Society

The second option is that something is happening now to make people more depressed.  This might seem ridiculous at first glance. After all, we live in the most technologically advanced period in human history. Our standard of living is the highest it’s ever been. We have access to an endless amount of knowledge. What do we have to be so sad about in the first world?

Let’s back up to a seemingly unrelated phenomena: revolutions. Political scientists have asked for a long time what makes one group of people rise up against their leaders and another group stay complacent.  While many first point to a lack of political liberty or to the problems of poverty, what matters more to our mental well-being is our status in comparison to others.  It’s called relative deprivation, and it’s been shown to be a risk factor for mental illness as well. We are smarter, healthier, and more free than we’ve ever been, but that doesn’t mean depression disappears. What matters is our perceptions of how we’re doing compared to others. 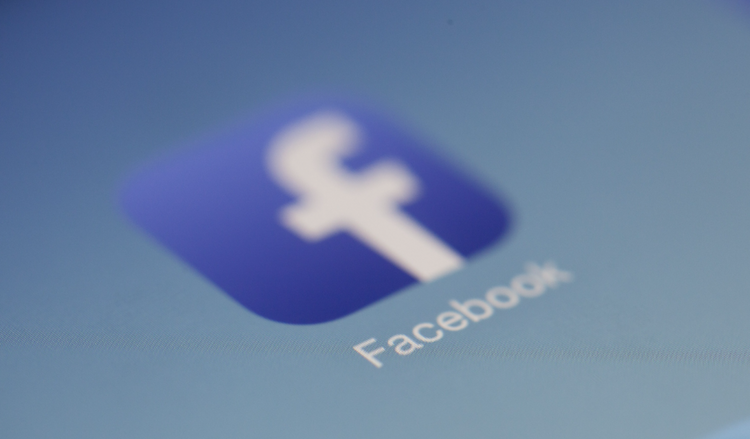 This pairs badly with the advent of social media. The photos that litter Instagram show that our friends are always satisfied with their cooking, traveling to fun places, and smiling with their #bae.

We flood Facebook with news of promotions and job offers, but crickets chirp after rejections. And then we look at how our own lives match up to these expectations and we feel that we fall short.

This correlation is so strong that a recent study has confirmed that the more you use Facebook throughout the day, the more unhappy you are.

I am a millennial, and as such I surround myself with other millennials. Unfortunately, we don’t only believe that we’re not stacking up to our peers, but we’re unlikely to meet the same financial goals as our parents did.  We might care about marriage, homeownership, and starting a family as much as the previous generation, but many millennials see this classic American dream as unrealistic.  We’re not meeting our own life expectations. This level of disappointment is clearly not helping matters. 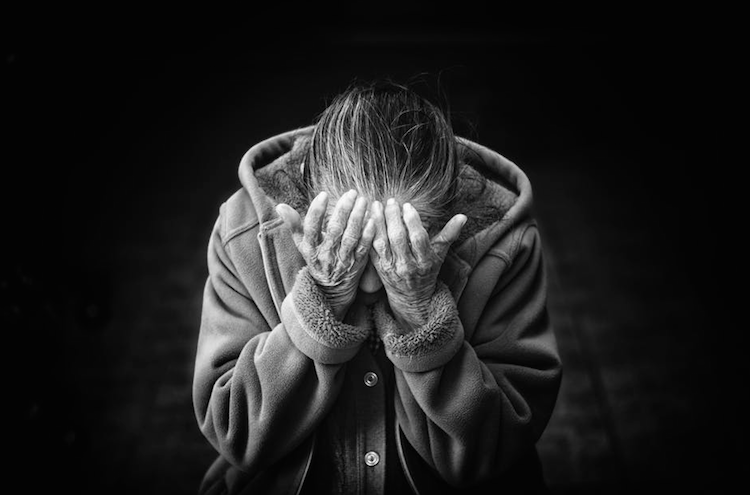 But even Gen Xers and Baby Boomers are facing an age that is definitely different than any before. We lack human interaction, natural foods in our diets, and even our circadian rhythms are disrupted because of light pollution. We’re juggling families, fitness, and also working more than anyone else in the industrialized world.  This era is a radical change from previous times; we’re asking our minds and bodies to do things that they weren’t designed to do.  Perhaps this disconnect between modern expectations and neurological limitations has caused this rise in depression.

It’s also conceivable that I just surround myself with depressed people. Misery loves company. A loved one’s depression can bring you down with them, creating a vortex where each of you fuel each other’s despair.

If you have one friend or family member with depression, you’re at a higher risk for developing it yourself.

Not to mention you probably share the same lifestyle as your friends and family, and therefore the same risk factors. In a way, depression is contagious.

Moreover, my friends are all creative outsiders, who are more likely to have or be related to someone who has mental illness. Writers in particular are 50 per cent more likely to commit suicide. Perhaps it’s just a different way of looking at the world. Maybe creatives open themselves up to this pain, or maybe being creative is how we deal with a pain that was already there. 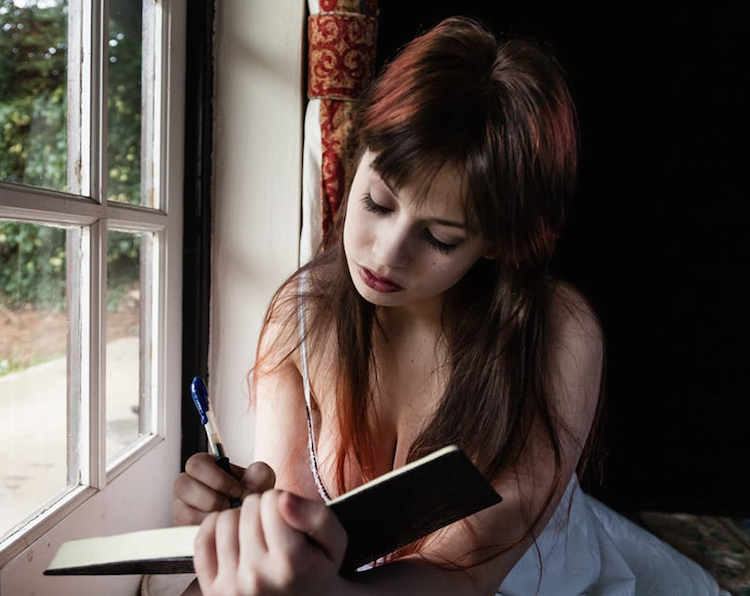 Or maybe it’s a combination of all three.  This seems to be the most likely answer; instead of one sweeping factor wiping out all our emotional stabilities, a series of dominos have tipped over in precisely the right order. Creative types are drawn to each other, we are more disconnected from humanity than ever before, and we are prone to self-dramatization.

There’s not one answer for this problem, just like there isn’t one solution.

But is there a solution at all? We can’t know who is exaggerating their symptoms, we’re not about to upheave all of modern culture, and we can’t just stop producing art. So, where does that leave us? Alone in our bedrooms, an artificial blue glow basking our faces, scrolling through how our lives should be? Comforting our friends and family with nothing but platitudes? Meeting every claim of depression with skepticism?

There isn’t an easy answer. Instead, we have to wade through this epidemic, one by one, helping when we can. It’s not easy, but it’s not hopeless either.