Toronto to Montreal in 39 minutes? Canadian route is one of the finalists for the world’s first Hyperloop

All Photos from Hyperloop One

In the years before continent-spanning superhighways and two cars in every garage, rail travel was the number one means of transit across the country. It was fast for the time, relatively cheap, and bound to get you to your destination. Nowhere is this better seen than in the great CNR rail line, which at one time formed the primary corridor by which an average citizen might travel from Toronto to Montreal.

In the years following World War II, the commodification of the automobile as a household implement, rail travel went into a steep decline as consumers and manufacturers adapted to a new economic reality: one without long waits at stations, smoky locomotives, and delays. Train travel struggled to keep up; even today, Via and Amtrak trains prowl the rails like metal ghosts, almost empty inside.

But after years of automobiles ruling the roads, rail travel is ready to make a comeback. In the face of mounting climate change, air pollution, and massive lifestyle changes, engineers have long searched for a way to make commercial rail travel cheap, efficient, and, most importantly in our high speed world, fast. The answer lives in the Hyperloop.

The Hyperloop, as you might remember, is Elon Musk’s brainchild, a sort of monorail that runs on a combination of pneumatic suction and electrified rails to reach mind-boggling speeds. In an airless tube, without any friction to slow down the train, the vehicle can accelerate incredibly quickly, easily breezing past just about every other form of transportation on the planet.

It’s a far reaching dream – don’t expect to hop on a Hyperloop to work next week – but even so Hyperloop One, the company responsible for testing and developing the technology, has been searching for a potential city to build one of its first routes in the world. After a rigorous testing process, the Toronto-Montreal corridor was chosen as one of the top finalists for a potential Hyperloop line. 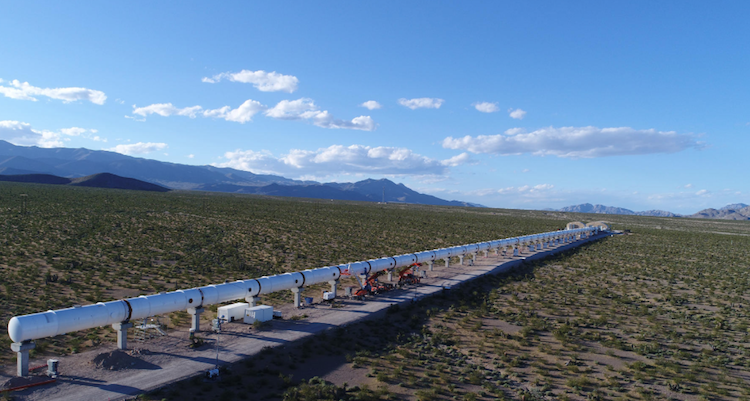 If the system is built, commuters would be able to travel from Toronto to Montreal in 39 minutes – making the 640 kilometer voyage at lightning speed. A Toronto to Ottawa trip would take even less time; charging at 16 kilometers a minute, it’d take 27 minutes to hop from the CN Tower to Parliament hill. And an Ottawa to Montreal trip would take a piddling 12 minutes.

At present, it takes 5-6 hours to travel from one city to the other on a good day; if you factor in traffic, restroom breaks, and other roadside annoyances, it might take even longer. In a theoretical Hyperloop world, travelling from one city to the next would be as simple as hopping aboard a downtown bus.

Canada’s not the only contender. Hyperloop One also announced nine other global candidates with the following routes: USA candidates include a Chicago-Pittsburgh route, a Miami to Orlando corridor, or a Dallas to Houston line.

With the Hyperloop, it would be possible to commute from one city to the next as part of a job – if you can afford the likely steep ticket price, that is.