This rare footage from 1995 could reveal who Banksy really is

For years the British artist, Banksy, has captured our hearts and the attention of the art world. His satirical street art is not only humorous, but usually has a deeper meaning focused on current political, social and cultural taboos. Featured on streets, walls and bridges throughout the world, it’s always exciting to wake up to a new piece of street art by Banksy. What keeps us always captivated is not just his artwork, but that we have yet to uncover the anonymous artist.

There have been Banksy imposters, speculations that Banksy is a woman or a whole group of artists working together, but at the end of the day, everything is still just mere speculation. In a newly re-surfaced video recorded in 1995, it appears that Banksy was interview by channel 4 for a show called ‘Shadow People.’ If the four-minute video is actually of Banksy, this would be the closest we’ve ever been to figuring out his identity, and it probably will remain that way unless he ever decides to unmask himself.

The video follows the supposed Banksy as he gathers his art gear to go create a piece of political art on a blank wall. “Every time I see a wall that I haven’t painted I get a nagging feeling about it,” Banksy says as the video opens. “And there’s a lot of walls, so quite a lot of nagging feelings, you know?” 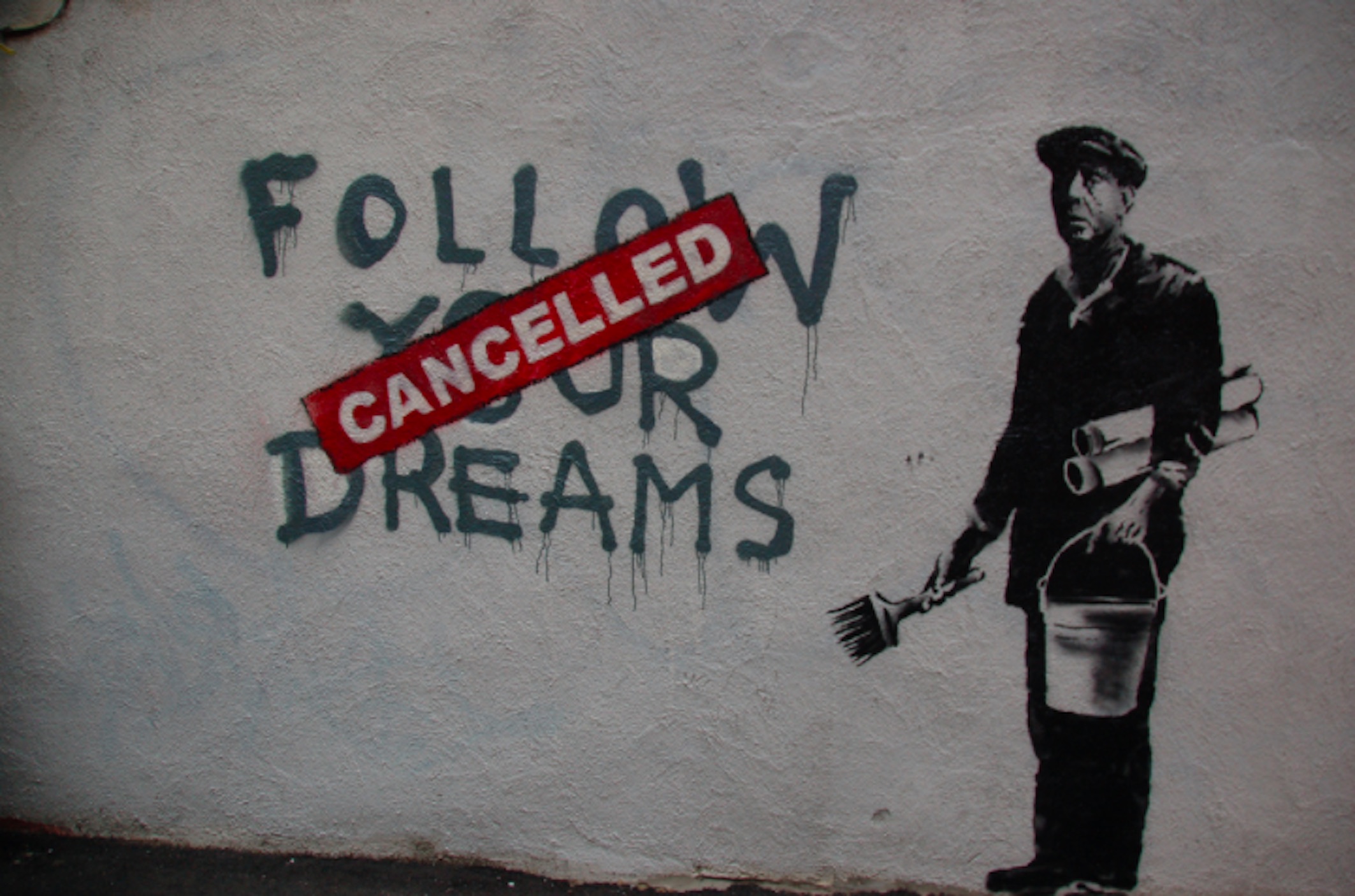 The footage follows the man as he travels to the destination and then uses stencils and spray paint to create the piece. The man’s face isn’t covered in the video, but it’s always blurry. It’s apparent he’s a British man with dark hair and glasses, but not much else is distinguishable.

“The nighttime brings a different energy to the city,” he says as the video continues. “I love when the city’s quiet. When you’re the only person out in the city, you feel like you can get away with murder.”

As the video was recorded in his early days, the apparent-Banksy discusses his opposition to galleries and being paid lots of money for his artwork, although now he’s a household name and he even opened his own Bemusement Park, Dismaland, last year. Dismaland was his first exhibition since the Banksy v Bristol Museum show in 2009.

“It’s not about the money; I don’t paint for anybody else- I don’t paint for critics,” he says. He explains how, much like today, the city is run by councillors, entrepreneurs, and accountants. The feeling of having no control creates a sense of anger, and he releases it through his spray can.

He also notes how he’s avoided police while spray painting, saying his favourite course of action is to make out like he’s drunk, pretending to throw up behind a dumpster instead of running. 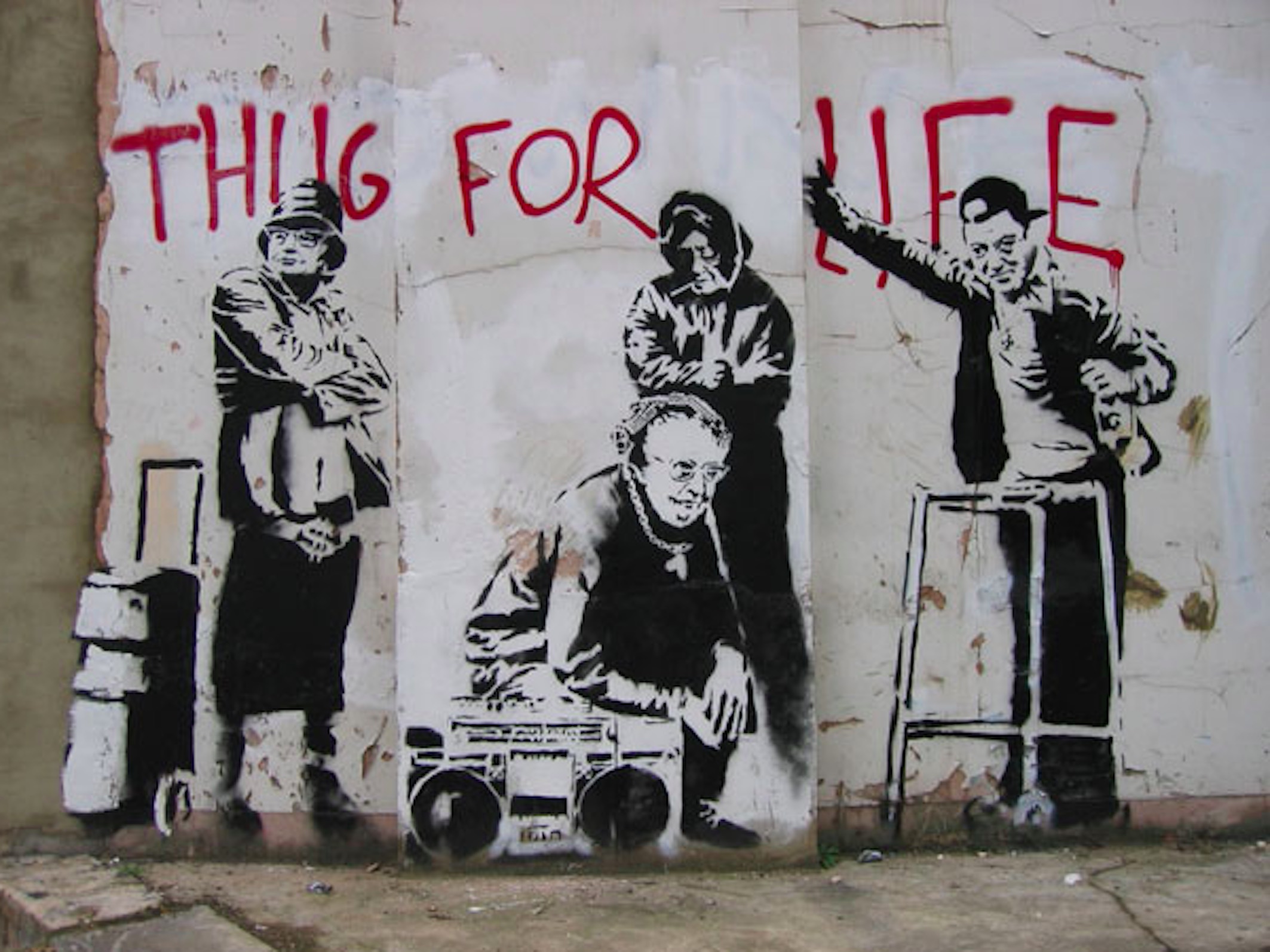 According to Artnet, through examining the footage, many are leaning towards the unidentified Banksy being Robin Gunningham. For years, journalists and the art community alike have studied Banksy and Gunningham, coming to the conclusion that Gunningham is the true identity of Banksy. Gunningham, an artist that grew up in Bristol, started creating graffiti art before leaving the city in 2000, right around when Banksy first appeared with an unofficial exhibit.

So, well we still can’t say for sure who Banksy is, this video still gives a closer look into the mind of the famous street artist, which alone is pretty damn cool. “There’s that beautiful time of when you get home after you’ve finished, and you’ve done it and you’ve fucked them…and you’ve gotten away with what you want to do,” he said. “It’s a great feeling. I guess that’s why I do it.”