This matchmaking service will impersonate you online and find you love

Behind the purple frames of her glasses, Anne Marshall is scanning her seventeenth page of dating profiles. “Are you fucking kidding me?” she asks herself. “You don’t have to say you don’t like rap music, you’re fifty-two years old.” Her life partner is working across the room with his new headphones on. He insists he didn’t know they were noise cancelling, though Marshall suspects differently. Thus are the perils that come with both halves of a couple working from home.

Marshall isn’t investigating profile after profile to find herself a date—clients pay her to find one for them. After sending her son to school, Marshall sits down to her desk in the living room, opens up her Mac and logs into her clients’ dating profiles on Plenty of Fish or OkCupid in search of compatible matches. Her desk is buried in notes on potential suitors and lists of JPEG files that her clients want uploaded. Above it, a study explaining why people with messy desks are more intelligent is nailed to the wall. Marshall boasts about how if her house was burglarized nobody could piece together the secrets of her work. 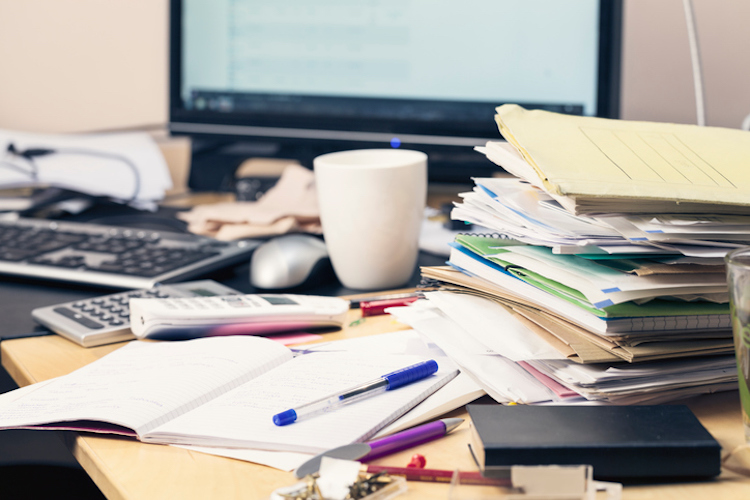 Marshall is a matchmaker for the dating impaired. She is a communicator who instills confidence, but also a realist. People come to her when they’re overwhelmed with the world of online dating, unaccustomed to the technology, or just too busy to be bothered sifting through an infinite amount of possible romantic contenders. She offers a range of services, from simply setting up a profile and divulging her secrets to successful dating, all the way to personally selecting, corresponding and planning dates with matches. She’s a modern day version of a very old profession.

Whether formally or informally, matchmaking has been around for as long as couples have existed. In the Bible Abraham sends a shadkhan to his hometown to find a wife for his son Isaac. In Japanese culture a nakōdo would assist parents in finding their children suitable matches. And in modern western times dances were held in order to match people of the same social classes together. Yet with all this history of matchmaking, it comes as a shock to people when they hear of someone taking this idea into the world of online dating. In the age of the internet the dating website is the debutante ball, algorithms are the guest list, and Anne Marshall is the motherly figure making you presentable.

Matchmaking has always come naturally to Marshall. In her school days she and her friends played a game they called “perfect match,” which consisted of listing all the girls and boys they knew and fictionally coupling them. In 1996, while working in New York City, Marshall spent her Valentine’s Day throwing a party for singles. Guests picked a name out of one jar and an event out of another, and then spent their evenings on dates at board-game cafes or topless bars—she loathes the typical Starbucks date. She then took her self-taught skills to Allied Network, a dating service that was eventually discredited and caught scamming its lonely customers out of thousands of dollars for little to no return. Marshall was far from heartbroken when, on maternity leave, she heard of its closing. Since 2012, she has been working for herself creating her own business, Junia Matchmaking Services.

Bethany Roberts was disappointed with the lack of matches arriving to her inbox when she read about Junia and decided to give it a try. Alternative means of finding love wasn’t a new concept to Roberts, who met her now deceased husband through the Globe and Mail’s version of the personal adds. In 1995, Roberts put a description and a phone number in the matchmaking section of the paper and received a call from her future husband. Now two decades later, at 64, she has posted her profile onto Plenty of Fish, which to her is a superior service “because at least you get the pictures.” Roberts, who has never been one to wait around for life to happen, thought ‘why not’ to online dating. After a year without success she enlisted the help of someone who knew exactly how to get the job done. Without completely letting go of the reins, Roberts let Marshall push the limits of her picky checklist. For instance, Marshall informed Roberts, to her despair, that most single men over the age of fifty own a motorcycle, and she would just have to deal with it.

Statistics and likelihoods are part of Marshall’s collection of knowledge. Looking for both male and female matches for her clients, she has a full picture of what’s out there. In addition to all the qualitative data she absorbs daily, she and her partner have actually engineered a way to determine the chances of meeting someone who checks off all your boxes. An app they created, the Total Package, lets the user see what their chances of meeting someone online are. Once you check off preferred height, education, religion and a series of other questions, the app will spit out the number of people in your selected range that meet those requirements. Then, taking into account that one in five people use online dating, it provides a magic number of people out there that you could possibly match with and form a significant relationship with based on your criteria. This analytic approach to looking at finding a partner is not surprising coming from a matchmaker who claims to be the least romantic person she knows. “You may see a couple,” Marshall explains, “and think they were made for each other, but 4,000 other people may have done just as well.” 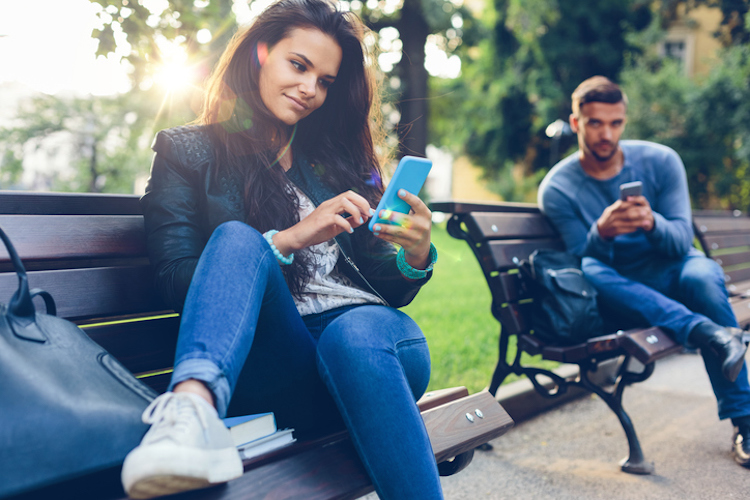 Dr. Bradley Richards, a professor of philosophy at Ryerson University, questions the sustainability of ideas of romance. Considering matchmaking has existed for so long it raises the question why romance ever became something to be sought after. According to evolutionist theory, ideas of romance evolved within humans to allow us as a species to be pickier in selecting our mates. That’s why so many possibly great relationships are halted before they even begin due to lack of ‘spark’ or ‘chemistry.’ Those feelings of butterflies in your stomach when that special someone goes to grab your hand are not innate requirements for being able to procreate but have evolved to exist in order to make us more choosey. Romance and relationship compatibility are two distinct things. “They live next to each other,” says Marshall, “but not in the same house.”

Marshall wishes the word spark could be stripped from everyone’s vocabulary of romance. Getting the butterflies carries no significance to her, yet she finds that people who come to her feel the need to express how they reached the point of requiring her services. She says people feel they are lowering themselves when they come to her. By enlisting her they’ve officially given up on the “Oh-what-a-magical-evening” romance they’ve been searching in vain for. Instantaneous feelings of romance aren’t a requirement for dating. If after the first date you didn’t hate the person sitting across from you, according to Marshall, “you’re already doing pretty good by online dating standards.” Instead, she aims to help those who are too afraid to press send, the one too squeamish to utilize online dating to get out and meet someone.

Or more than one. When Catherine Hudleby started working with Marshall it was the first time she realized that she could date multiple people at a time without guilt—something that never seemed possible during her youth. Hudleby had been using online dating for six years—a lot of bad coffee dates, basically—before trying a new approach. Marshall helped her to focus on what she wanted in a guy and tailor her profile to attract exactly those kinds of men. She changed her favourite book from A Hitchhikers Guide to the Galaxy to noting that her favourite author was Douglas Adams. She uploaded a more intriguing photo of herself in a museum setting with the characters from Charles Schultz’s Peanuts. The result? For the past five years Hudleby has had the best dates and some of the most meaningful relationships of her life. Instead of waiting to meet someone who evoked butterflies and then forming a relationship, Hudleby finds romance in the excitement of getting to meet new people who she would otherwise not have come into her life. 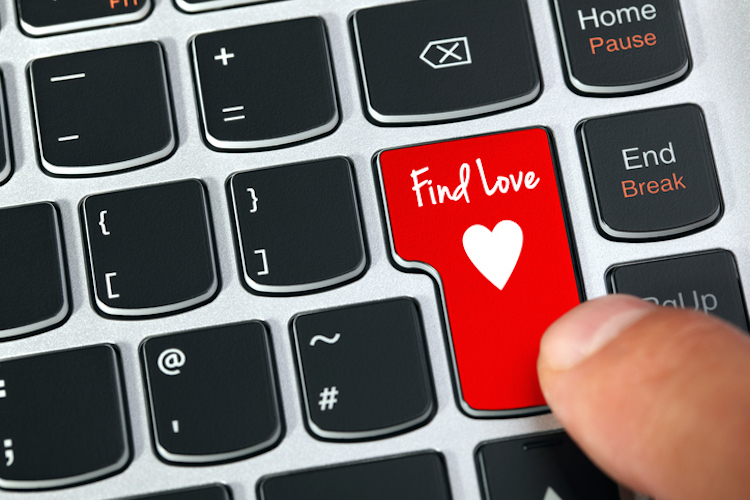 If Junia is the mom-and-pop shop around the corner, ViDA is Walmart. According to the cute cartoon advertisement, Virtual Dating Assistants boasts that it will help men meet beautiful, interesting women and not “the typical drunk, obnoxious, shallow girl” that they would find in bars. The website targets men who are one of two types, busy professionals or entrepreneurs—people who are accustomed to outsourcing for efficiency and time management. While the initial website is targeting men, a tab on the left hand side reading “women click here” will lead the user to the same information in pink bubbles instead of blue squares.

Rachel Teare is an account manager at ViDA. She is in charge of overseeing how her clients’ profiles get made and how the company’s writers carry out conversations on the clients’ behalf. She is also the main contact for her clients to be as involved in the process as they wish. From point A, deciding to join ViDA, to point B, sitting across from one’s dream girl, roughly 17 employees at ViDA have had a hand in a client’s romantic pursuits. This includes sales, the account manager, their assistant, a couple of writers to create a profile, a photograph-critiquing team made up of 10 team members the opposite sex of the client, and separate writers to carry out conversations with matches.

Teare often hears clients say, “Wow, I never would’ve written that.” To which she replies, “Yes, that’s why you hired us.” 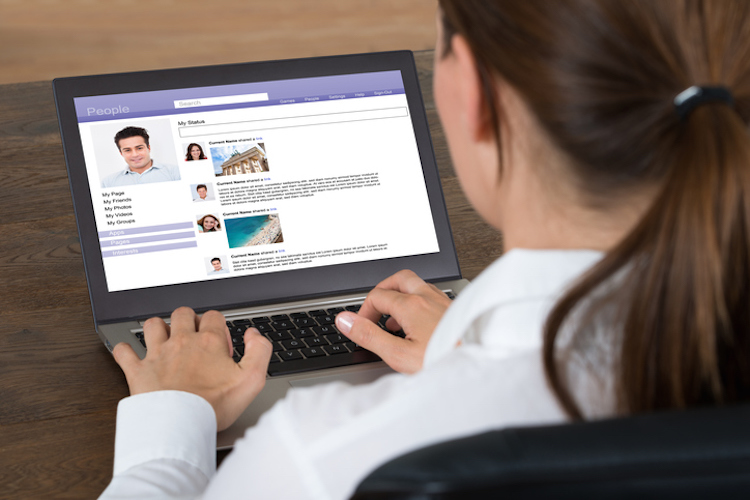 Above all, Marshall is a writer. She is able to craft an engaging profile that stays true to her clients. If her client is a rather serious person, the tone follows suit. If the client is funny Marshall will show that through her writing, not by stating it. This is how she aims to stay true to her clients, which leads to well-suited matches.

A few months after Roberts hired Marshall she called to say she wouldn’t be needing her assistance anymore. She had been matched with someone in a neighbouring city that she wanted to continue seeing. After their first date, a four-hour lunch, they spent the weekend together. He came to visit—staying in a hotel, she makes clear—and they went sightseeing together. A couple of weeks later, she reciprocated and visited him in his hometown. Now, three weeks after the first “date,” Roberts is feeling giddy. She is grateful for Marshall’s expertise saying, “She could articulate and capture the essence of me—she made me feel safe.”

Whether or not dating websites and matchmakers have the power to determine true compatibility, Marshall is proud to help people gain confidence and is proof that the age-old profession of matchmaking can still exist in modern day. “It’s pretty rewarding,” she says, “when a 64-year-old is giggling like a schoolgirl from excitement and you know you had a hand in that.”