Solar engineering has always been about space in some capacity. Not just outer space – though solar panels definitely got their start high above Earth, in an airless, cloudless vacuum. These days, solar engineering involves the other kind of space: calculating just how many solar panels you can cram into any given area to extract the maximum amount of photons. Solar panels have come a long way since the days of the earliest space stations, of course, but they still have a long way to go. One of the biggest ways that solar panels struggle is the fact that they require a sheer amount of raw area in order to be efficient.  When you’re a solar engineer, the whole world starts looking like an inefficient waste of space.

That’s why one of the biggest engineering revolutions in the solar field recently has involved a major push to cram every available square inch of every surface with more solar cells. Backpacks, water heaters, traffic lights, and more: this utopic vision of the future sees a blue-coated world of photovoltaic cells contentedly soaking up the photons. This project—though certainly ambitious – is easier to implement than it would have been a decade or two ago. Over the next few years, get used to seeing more solar panels cropping up in unexpected places… including cars. 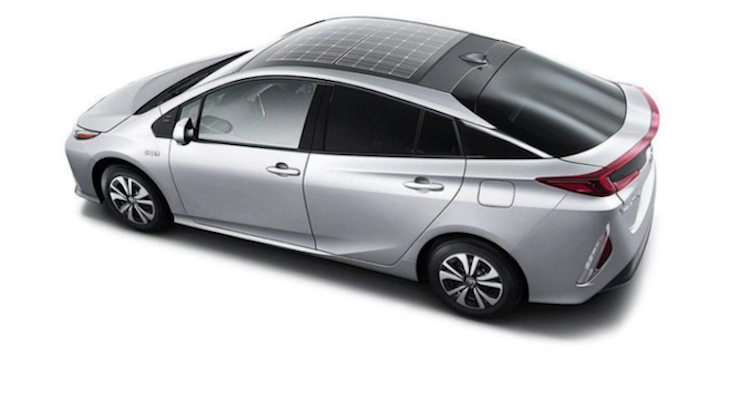 Cars, trucks, and other motor vehicles have enjoyed an uneasy relationship with alternative energy. For one thing, it’s only in the last few years that renewable energy sources ever stood a chance at competing with heavy hitting oil and gasoline. The developments of the electric car went in fits and starts, and even today electric vehicles have only cornered a tiny percentage of the market.

Hybrid vehicles that run off a mixture of both gas and electric are a vital stepping stone towards entirely electrical automotive transport, and that’s why Panasonic Corporation is stepping into implement the first “trihybrid” car. The latest model of the Toyota Prius makes automotive history by incorporating a solar cell directly into the roof of the car, as part of Toyota’s pledge to reduce carbon emissions from its autmobiles by 90 per cent before 2050. 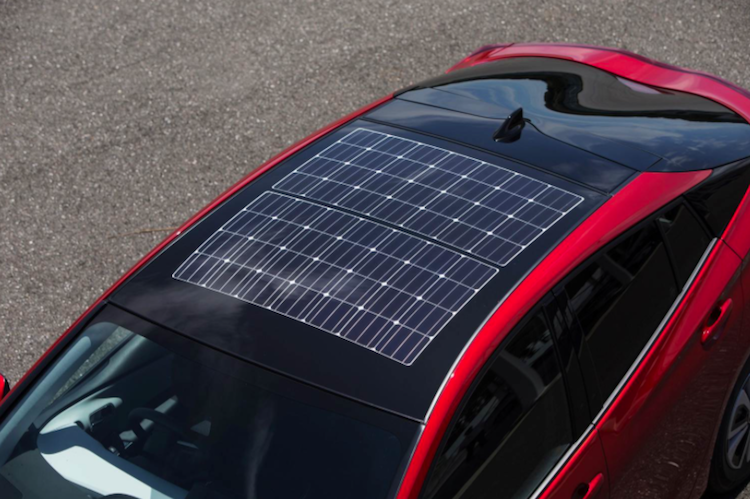 The need to recharge has always been a major stumbling block in the development and implementation of electric cars, but the first solar panel has gone a long way in correcting that. The solar panel feeds directly into the car’s main battery, charging it as it drives and shooting it up with an extra helping of juice. Naturally, the energy that it will provide is marginal compared to the overall output of the car’s engine – a number that will only continue to fluctuate given the change in seasons and weather. Even so, Panasonic and Toyoyta are optimistic about what the future holds – at present, the solar car will compensate for about 10 per cent of the average mileage.

It’s unclear just how greatly solar energy will impact the automotive field in the future (or if solar cars will always be about moral superiority) , but what is clear is that things are looking sunny for the highways.