With all that talk about “manspreading,” and all the petty debates that surrounded it, it really got me thinking- if people knew the basic rules of transit etiquette this whole thing would have been over before it even started. So I decided to take over the task for the sake of all that is good. I’m doing this for you.

First, let’s backtrack a little bit. To sum up, manspreading is the act of spreading one’s legs wide enough while sitting on public transit to create a space between one’s thighs that could fit the width of a family-sized pontoon boat. Manspreading is to assume a position of luxury while simultaneously pissing off every other transit-taker who might like to sit down without being forced into a game of footsies with a complete stranger. 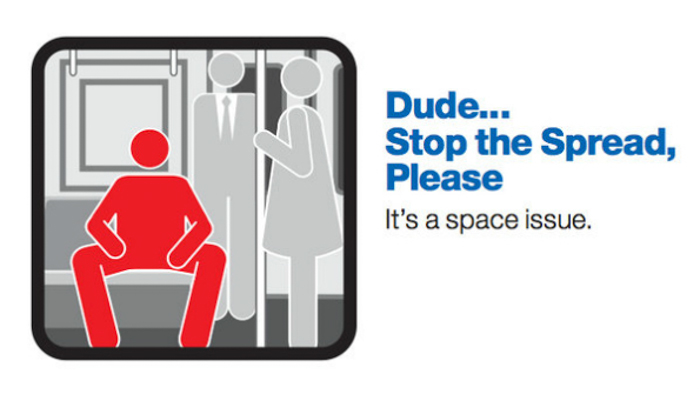 Nobody thought much of it other than it was clearly rude and selfish, until a men’s-rights activist group started a change.org petition claiming it to be a fundamentally biological right. That is to say, if they didn’t spread their legs to the size of two seats on public transit it would be physically painful. As one of my friends gracefully put it in regards to the word ‘man-spreading’, “I am not 100% sure of this term but I think that it is when a dude spreads his legs really wide on public transportation in order to give the impression that he has massive, uncontainable testicles.”

What I really think it comes down to, something which unfortunately never seems to be outgrown, is people not being ignorant of their surroundings, not caring for the comfort of anyone but themselves, and, obviously, not being familiar with the rules of public transit.

Let’s start with some elementary school knowledge: your space is your own, and it should not interfere with someone else’s. I’ve never understood how someone could be so incredibly entitled that they actually begin to believe they deserve some sort of extra privilege. Equality is flushed down the drain with that mentality. 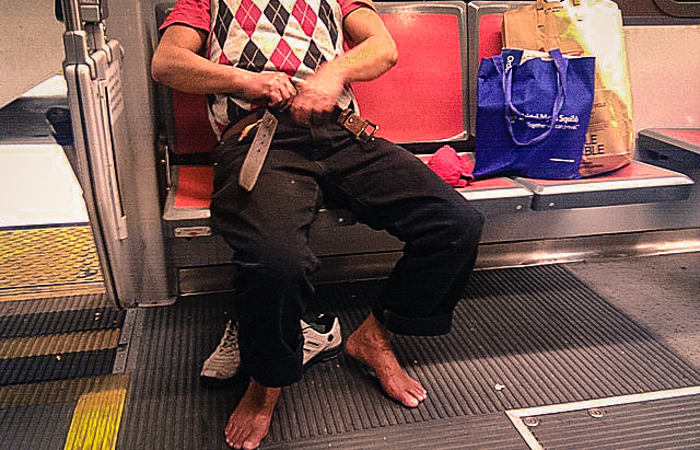 People standing smack-dab in the middle of escalators—instead of moving off to the side to let rushed passengers by— is another big one that grinds my gears. When it happens on the crowded escalators of subway stations, trust me that everyone behind you is imagining blindsiding you for the betterment of the majority. However, escalator-hogging is interestingly enough something I’ve noticed more in the city than in the suburbs. Maybe it has something to do with our urban culture of fast-paced-instant-gratification. But nonetheless, the list of transit infractions goes on forever.

The Calgary Transit website has a full page dedicated to transit etiquette, although it’s safe to assume it doesn’t get too many reads on a daily basis. The page includes things such as keeping doorways clear, not playing music loud enough for others to hear, keeping up with your personal hygiene (since rush hour means close quarters) and making room for others. If commuters of Calgary actually follow these rules, I dub Calgary a transit utopia. 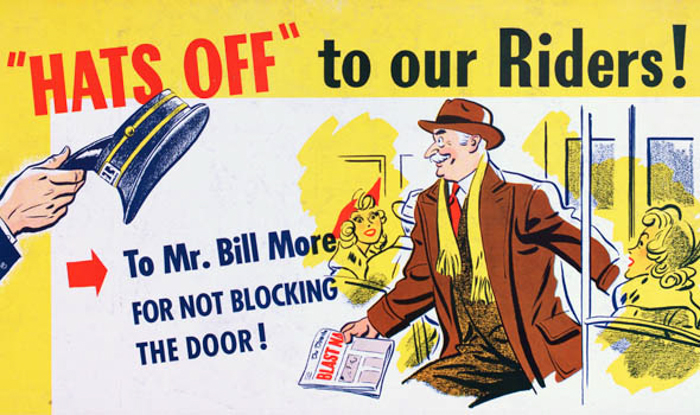 A few years ago, Blog TO uncovered a series of vintage TTC public service posters that had once been used in order to control rude transit chaos. They actually seemed very effective, and were piled with cute phrases like “hats off!” and images of angry, red-faced passengers. These posters took an interesting approach and were actually marketed towards rewarding people for their good transit behavior instead of shaming them because of what they were doing wrong. It’s almost a little reminiscent of little kids on a playground doing exactly what they’re told not to do. So maybe that’s what we, the riders of 2015, really need. Cute hand-drawn cartoons of people getting praise for using back exits and paying with exact fare might be the only thing to save us. 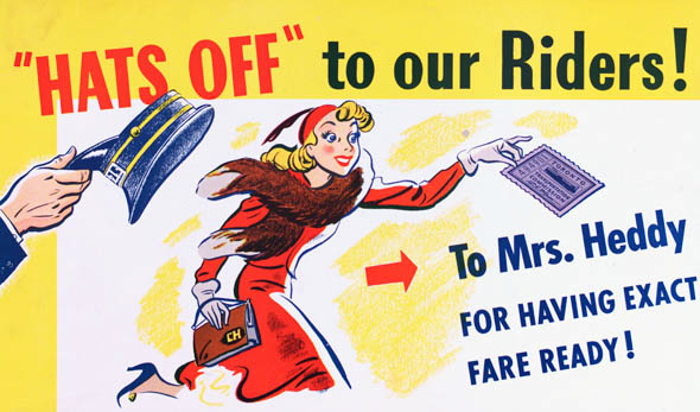 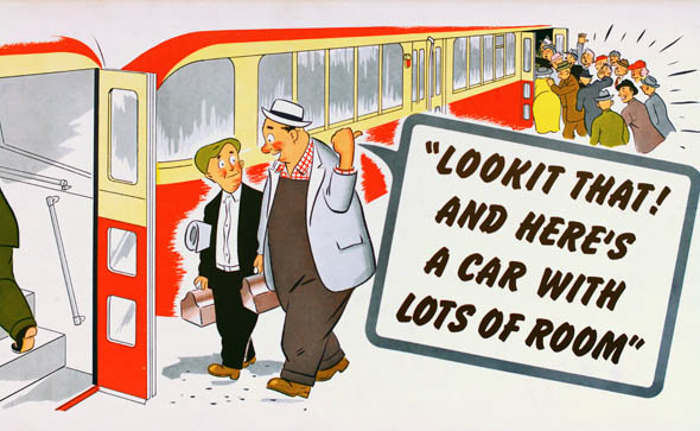 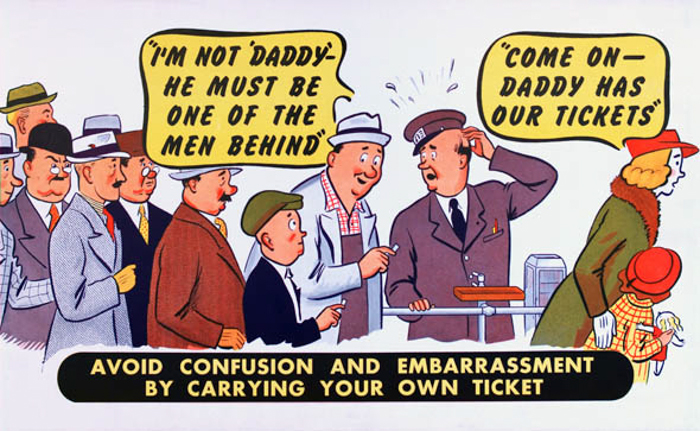