When the family members of inmates come to the Penal de Ciudad Barrios in El Salvador for their routine conjugal visits the police stand guard outside the prison walls and only outside.

In 2013 British photographer Adam Hinton was given permission to access the prison by members of the gang Mara Salvatrucha who run it from the inside. The prison and its inhabitants are the subject of Hinton’s new book, MS-13, which features striking photographs of the elaborately tattooed gang members.

Having spent a number of years documenting life in urban slums, Hinton wanted to tell a different kind of story: “I’d deliberately avoided the gangs as I felt the main stories we hear about these places are about gangs and criminality. I wanted to show that 95% of the people who live in these places are everyday people like you and me, who are trying to make the best of their lives.”

His projects have taken him all around the world. From China, to Eastern Europe, the Middle East, and Africa. But in El Salvador, Hinton soon discovered that the country’s violent history had created an environment in which gangs had become a core part of the neighbourhoods they claimed to protect. “The relationship between the gang and community is more complex than the stereotype of them all being mindless thugs.” He said.

Within the walls of Ciudad Barrios Hinton was given permission to roam free by the inmates, rather than law enforcement who never set foot inside the prison. “I didn’t feel at all vulnerable as the inmates would know that I wouldn’t be in there without the permission of the leadership.”

Ciudad Barrios is the result of a government policy which segregated prisons in order to prevent clashes between MS-13 and their rivals. The policy, which has since been reversed, turned El Salvador’s prisons into virtual dumping grounds for gang members.

“One of the first things you notice is how overcrowded it is.” Hinton says. It was built to hold 800 prisoners and is now home to 2,600. “There are men hanging around everywhere, the corridors are all packed with them, hanging around with nothing to do except kill endless amounts of time.”

“Because of the overcrowding they have to hang old doors from the ceiling to create extra beds.” He added.

To Hinton the whole place felt more like a village than a prison. “The prisoners had to set up their own hospital, if you could call it that. It was basically an old hall in the prison with a dozen stained mattresses to lie on. They had no medication on the day I visited.”

At the time of his visit a truce had been negotiated between MS-13, the rival 18th Street gang, and the government.

“I think the leadership; many now in their 40s, had realized that after over two decades of bloodshed there was no end in sight to it. It was senseless and needed to stop.”

And though a newly elected government chose to brake the truce in January, the violence has been deeply rooted in revenge killings between the gangs, which the younger members are eager to carry out.

“Many of them felt the truce couldn’t work as too many of their colleagues had been killed by members of the other gang.” Hinton said. “They were keeping to it because the leadership told them to.”

Since the end of the truce El Salvador has once again become one of the most violent countries in the world with nearly 3,000 murders occurring in the first half of 2015. The month of June saw 677, the most violence-related deaths in a single month since the end of a 12 year civil war which forced a quarter of the population to flee the country.

From 1980 to 1992 El Salvador was gripped by a violent conflict between a right wing government and communist rebels. Despite the government’s brutal tactics, which included rape and torture, newly elected US president Ronald Reagan considered them an important ally in the fight against communism. The war left so many displaced that today nearly 17% of El Salvador’s GDP comes from money transfers made by families living abroad. 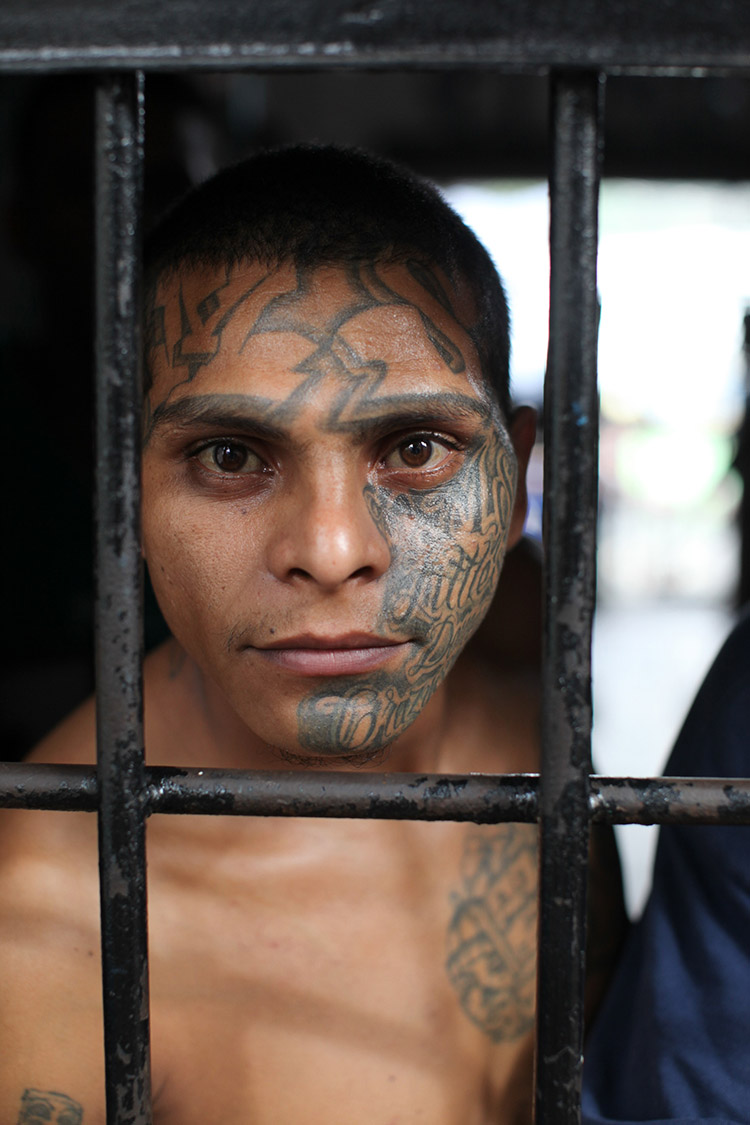 Forced into exile, many Salvadorians chose Los Angeles as their new home, where local gangs had already claimed large parts of the city.

Thomas Ward, a professor at the University of Southern California, spent 16 years among members of MS-13 in LA and El Salvador. He says that the group started as a “stoner gang” in Los Angeles created to protect Salvadorian immigrants. Their rivals, 18th Street were also born out of Los Angeles and named for where the gang was formed on 18th Street and Union Avenue.

As gang violence began to spread to several states in the 90s the government was forced to act. Since then the policy of law enforcement in the US has been to send planeloads of gang members – made in America – to El Salvador where the government is ill equipped to deal with them. Since 2007 the US has deported 160,000 Salvadorans, some of which have not been convicted of crimes, while others are well established within their gangs allowing MS-13 and 18th Street to expand their membership into Central America.

“We have exported the gang subculture.” Says Ward.

On the road from the airport to El Salvador’s capital, San Salvador, a sign greets deportees with the words, “Bienvenido a Casa” or welcome home. Yet those returning are largely left to fend for themselves, having been separated from their families in the US or arriving with the stigma of tattoos proving their gang membership. 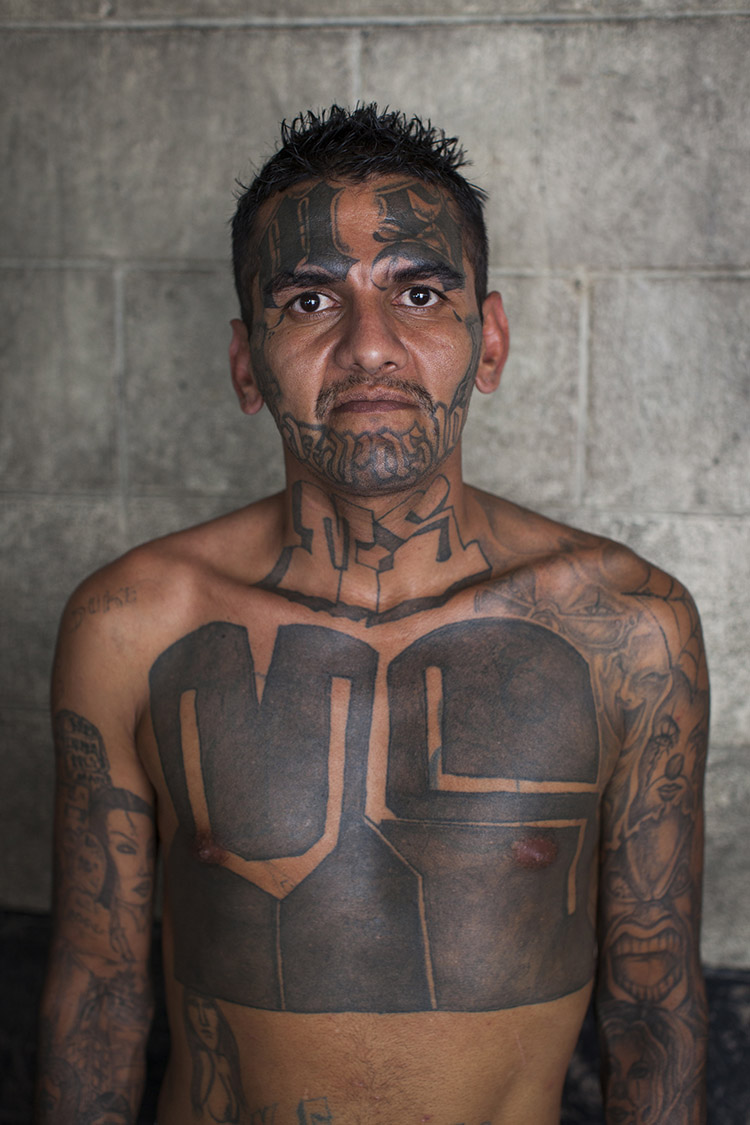 As a result, groups like MS-13 are left as the only option to survive repatriation and the broad powers given to the police, known as Mana Dura or heavy hand, which can often affect those who live under gang rule but are not members. To some Salvadorans these harsh tactics in the name of combating violence and the drug trade are an unwelcome reminder of the death squads of the civil war and make the government look like just another gang.

Before his death in 2009 Leonel Gómez, a prominent public figure in Salvadoran society, dedicated his life to exposing government corruption. He believed that the government was more likely to be involved in drug trafficking, and the money that comes with it, than the gang members who often live in squalor.

“The extreme violence of the gangs and their extortion cut into the fabric of the communities, but many of the people I spoke to about them say they also give protection against the police and the rival gang.” said Hinton.

Hinton says that the government’s efforts have not been effective. “The government avoided some violence by only having one gang in the prison rather than mixing the gangs – but it’s not dealing with the problem, just sweeping it under the carpet.”