Hundreds of years ago, Dutch explorers from distant shores drew close to a mysterious island – one that would change the way we look at archeology forever. It wasn’t quite the kind of mysterious island that later works of pop culture would ingrain on us – there were no giant apes, no long-lost colonies of dinosaurs, or even lost pirate treasure. Instead, the cold, remote island was covered in gigantic stone heads called moai, staring silently out into the horizon. Those Dutch explorers had discovered one of the longest and most abiding mysteries of modern archeology: Easter Island.

Over the years, what began as a simple archeological enigma evolved into a thorough, comprehensive understanding of the island, its inhabitants, and the environment around it. Easter Island—or Rapa Nui (as its inhabitants call it ) is one of the most remote islands on Earth, located a thousand miles from any other landmass. About a thousand years ago, Polynesian settlers landed on the island, bringing with them a rich oral tradition, supplies of arable foods, and a will to survive in the bleak, rocky land.

Modern-day descendants of those early pioneers are well attuned to the needs of their island home. Easter Island is as close as one can get to a closed system on Earth: with the exception of migratory seabirds, few animals call the island home. Fruits and vegetables are hard to come by, and the biodiverse bounty of the seas must be carefully harvested. Any imbalance in the system can be fatal – as their ancestors learned.

When Polynesian settlers first washed up on the shores of Easter Island, they brought numerous passengers with them – supplies of pigs, seeds, and other tools required for agriculture. What they didn’t know was that they had brought unwanted hitchhikers with them: the hardy, fast-breeding species known as the Polynesian rat. Rats devoured the vulnerable eggs of nesting seabirds, spread diseases among humans and animals alike, and gobbled vulnerable plants and seeds. Human populations peaked and went into decline as the inhabitants quickly exhausted their available resources, developing a fearsome new religion as their old tradition of moai-building faded.

Now, where forests, mineral deposits, and animals are seen as disposable commodities, Easter Island and the Chilean government are learning from the mistakes of the past. This September, one of the earth’s largest marine-protected areas was created just off the coast of the island. The barren island belies a beautifully-diverse array of waters; holding 142 species found nowhere else on Earth as well as important waypoints for migrating species.

Now, about 285,716 square miles of ocean in the island’s economic zone will be protected from any kind of commercial development – including: fishing, mining, and other “extractive activities.” That said, the government has allowed provisions allowing inhabitants to continue to co-exist peacefully with the creatures around them; for instance, Rapa Nui inhabitants will be allowed to fish the waters for personal sustenance. Give it to the Easter Islanders – they’re always planning ahead. 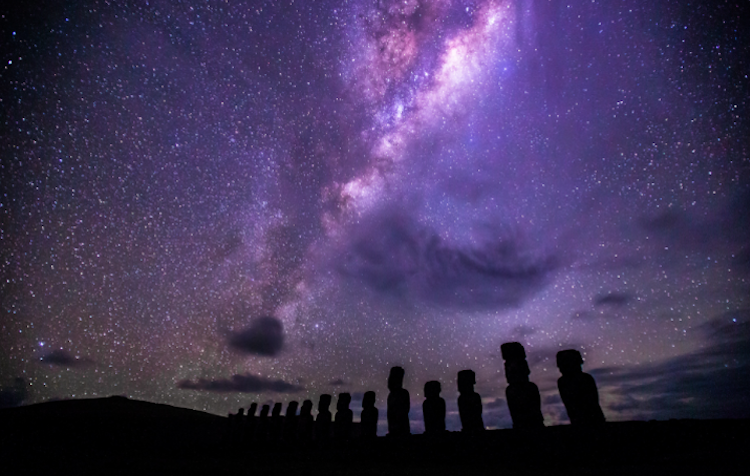