The Weed Revolution will, in fact, be televised

Home » The Weed Revolution will, in fact, be televised

Bernard Noble’s eyelids peel back to the sound of a loud speaker. At 5 a.m. he swallows a ketchup cup of assorted medication. He remembers the day the levee failed and a wall of saltwater, cinderblocks, and 2-door sedans collided then carried his house across his neighbourhood in New Orleans. More often though, he remembers the day a wave of blue uniforms spilled into the street in front of his father’s shop and carried him 272 miles up state. In 2010, two joints and a sparse history of possession landed him in Jackson Parish Correctional Center for 13 years. Bernard’s seven children, including an eight-year old boy with autism, now speak of him in past tense.

Last year in August as I walked through the glass doors of Uncle Ike’s in Seattle, Washington a twenty-something with spacers and a sleeve tattoo handed me a can of grape soda and said “cure the dry mouth epidemic” in a practiced tone. If you closed your eyes upon entering, the earthy crispness of the store is so sharp that it coils through your nostrils and settles on your tastebuds. If you opened your eyes, you’d see rows of product cases so freshly Windexed that the glass is nearly invisible. Uncle Ike’s is a recreational pot shop with vintage-style branding and a menu of 33 hybrid strains, 31 Indica, 40 Sativa and 31 edibles that span the vast gap between a Caramel Machiatto and Ginger Molasses Bites. If you can prove your 21, you can leave with as much as an ounce. And in Washington, the only thing unique about Uncle Ike’s is its branding. In the next four years The Office of Financial Management estimates that in Washington alone weed will bring in one billion dollars of tax revenue.

According to Krishna Andavolu the gap between these two stories shows that “it’s crystal clear that we live in a schizophrenic age towards weed.”

As we sat on a leather couch in VICE’s Toronto office talking about weed in a way that reflected all the basement couches I had collapsed into baked throughout my life, one thing about weed became obvious— this time the revolution will be televised.

Weediquette is one of several shows premiering on the new specialty channel VICELAND dedicated to exploring the socioeconomic and individual implications of those who find themselves standing at the crossroads as weed goes mainstream. Everyone has a friend-of-a-friend ripping milky bong tokes of medical-grade bud or a college roommate’s brother attempting to make it in the weed business. But not everyone knows that despite virtually identical usage rates, in Iowa, Minnesota and Illinois people of colour are between 7.5 and 8.5 times more likely to be arrested for marijuana possession than whites. Not everyone knows that marijuana charges account for 52 per cent of drug arrests and cost taxpayers 3.6 billion dollars annually according to the ACLU . And really no one knows, at least by the medical standard of double-blind human clinical trials, if giving children ultra-potent doses of THC and cannabinoids will actually keep their cancer at bay and keep them alive. 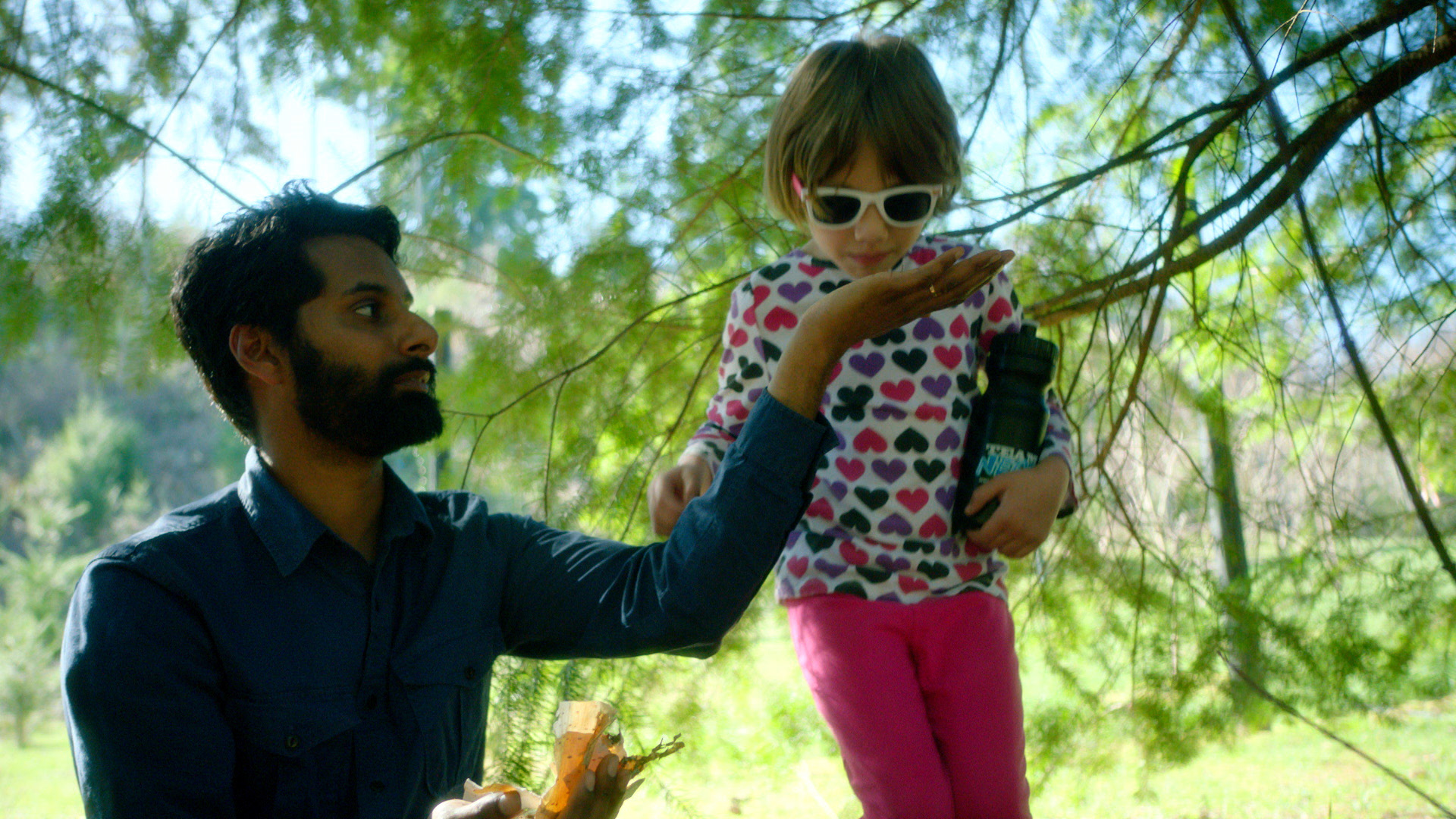 Seeing children under the age of ten stoned out of their minds is enough to make paranoid thoughts of strawberry-pudding-brain-development silently rise up in the skull of any experienced stoner. It’s certainly how Weediquette host, Krishna Andavolu felt when he watched  Lauranne, a seven-year old Leukaemia patient, ingest the THC-equivalent of ten bong hits of high-grade medical marijuana while filming the show’s first episode. But controversy is not synonymous with stupidity. Schedule One classification limiting human clinical trials, not parental desperation in the face of terminal prognosis, is to blame for home-bred experimentation. Is watching a sick child ingest heroic amounts of THC anymore disturbing than watching a sick child’s hair clog the shower drain or writhe on the bathroom tile with nausea during induction chemotherapy?

Andavolu is bearded and slender, skeptical, but chill, and speaks with a psychic-magnetism exclusively reserved for those who have sparked a fat J with the ex-president of Uruguay. Now the host of Weediquette, Andavolu began at VICE in 2011 as a host and editor and has since found himself investigating the invisible plight of temporary labourers in the U.S. and searching for rare marijuana strains called landraces in Colombia’s isolated mountains. Andavolu believes that the significance of the time period we currently live in should not be underestimated. Alcohol prohibition created the first national crime syndicate, turned Las Vegas into Sin City, and resulted in thousands of deaths from drinking tainted “bathtub gin” and rotgut moonshine. Likewise, the War on Drugs and marijuana criminalization has helped fuel Mexican Cartels, the age of mass incarceration and most recently Spice and K2 synthetic marijuana addiction. With each episode, Andavolu intends to chip away at the stigma that still sticks to the opinions of Baby Boomer legislators like chewed gum to the bottom of a school-desk.

“Weed legalization isn’t a left-right-issue. It’s a demographics issue. So Weediquette is about family to me. It’s about how weed is an organizing principle in many people’s lives when it actually divided them 30 or 40 years ago. I want people to be able to watch this show with their mom. To me this isn’t just about documenting this significant moment in time. It’s also about bridging generational attitudes,” says Andavolu.

But once we get there, consumer weed utopia will approach new traffic spikes. There are environmental implications of commercial scale indoor marijuana production with 4600 kilograms of carbon dioxide emitted into the atmosphere per kilogram of final product. According to Energy Policy, that’s equivalent to three million U.S. cars. While energy intensive indoor grow practices help to maintain product consistency, it has yet to be seen how product quality and environmental sustainability will balance in a stoner culture where the term Indoor induces fervent testaments of deliverance from the original sin of Mexican brick weed. Consumers in Colorado have seen similar scale environmental and health issues with commercial pesticide use. While Weediquette is up front about its thesis that marijuana should be legalized, it will not hide the ethical questions or regulatory hurdles that come with it.

Right now I’m imagining Andavolu standing in The Emerald Triangle of Northern California dwarfed among crop-rows of 15-foot tall marijuana plants as smoke unfurls from his lips. It’s the Napa Valley of weed production and watching plants be cut, then cured before pulling out a worn-in pack of Zig Zags is every stoners wet-dream.

Weediquette will too be all of these things.