The Tiny House Movement gives a middle finger to consumerism

The truth is I could not care less about keeping up with the Joneses, and, for the sake of your own happiness, neither should you. Your home represents what you value in life, and many are coming to realize that it is not the size of your space, but rather how you choose to customize it, that defines you.

“There are thousands and thousands of people out there living lives of quiet screaming desperation who work long hours, at jobs they hate, to enable them to buy things they don’t need, to impress people they don’t like.” 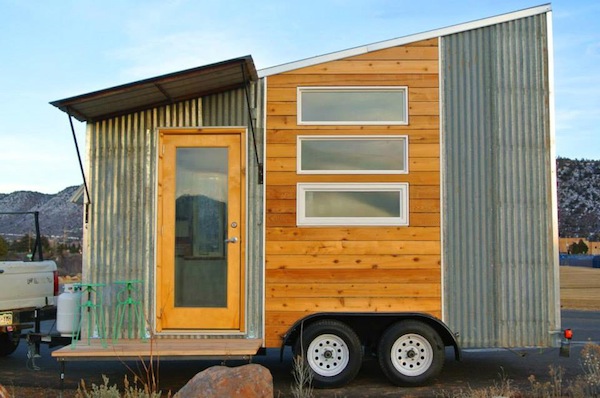 Our work life and real life are out of balance. With everyone focused on work, there seems little time to cultivate the intellectual, emotional, physical, and spiritual self. Psychological studies have shown that it is the little things that matter, small investments in the right places bring your life clarity. Perhaps this is why depression has been increasing dramatically in the past 50 years and it is now considered a worldwide epidemic, with five percent of the global population suffering from the condition, according to the World Health Organization.

New York Federal Reserve’s Household Credit Report stated that, as of August 2014, the average mortgage debt in the United States was $156,474.

Welcome to the Tiny House Movement, a growing trend among those who would rather live an outward life of experience than the homeward life of materialism.

With the average detached single-family home in Toronto reaching a staggering $1,012,172 this year, according to the Toronto Real Estate Board, many are coming to the realization that their lives could be better spent than frequenting IKEA and being beholden to mortgage payments.

In 1973, the average size of a new family home was 1,660 square feet; by 2007, it had grown to 2,521 square feet. Babies are not popping out at a faster rate, so why are American families buying what they cannot afford? 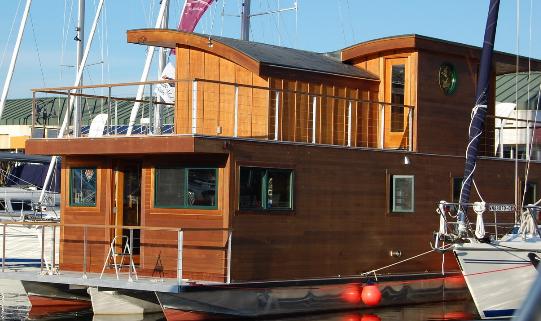 This massive debt was partly the cause of the financial crisis of 2007–2010, which caused many people to uproot and walk away from their homes in the middle of the night. This left many asking: is more living space really worth debt, unnecessary stress, and environmental degradation?

Families across the world are downsizing their homes and removing unnecessary baggage to pursue lives they have always wanted. The realization is that a house requires a massive devotion of time, energy, and money. You are the architect of your own circumstance.

“What is your conception of freedom?” Adam Baker asked at TEDxAsheville. This is a question that has been posed by philosophers for thousands of years without any final agreement, perhaps due to the fact that freedom has been, and always will be, subjective.

In the era of consumerism, if you choose not to answer this question, commercial interests will be more than happy to provide an answer for you—the manufacturing of consent is the foundation of modern marketing.

This is why, in the 21st century, many people think that freedom sits in a lawn chair in front of an in-ground pool. When happiness dwindles, they define freedom by what item they will buy next—whether that’s a new TV or the Snuggie they saw on a late-night infomercial. It’s no wonder that 2.35 billion square feet of storage space now exists in the United States. People tend to identify themselves with their objects. A Rolex watch may indicate wealth of character to a stranger walking down the street, but it in no way indicates freedom of being. We have mixed up net-worth with self-worth.

The compulsion to buy falls under the premise that material wealth will bring security. Yet with the advent of cash loans, this is just not the case. According to the The Aggregate Revolving Consumer Debt Survey, American consumers are $11.74 trillion in debt, an increase of five percent from last year. We are working ourselves like dogs to settle debt for a purchase made in the past, and then we are too stressed to enjoy the present, so we go to the shopping mall to invest in the future; it is a vicious cycle.

Many people have fallen into the trap of thinking that the present is a grind and a pre-requisite to an ideal life when they retire. Yet, when you finally reach the age of retirement, your health is waning, your friends are dead, and your talent has shriveled up only to be replaced by arthritis. So when it comes down to it, you will probably forget everything you had planned and move somewhere in Florida to shoot the shit with your fellow retirees over a game of shuffleboard. Your plan was built on a flawed concept. You can trade your time for money, but you cannot trade money for time. 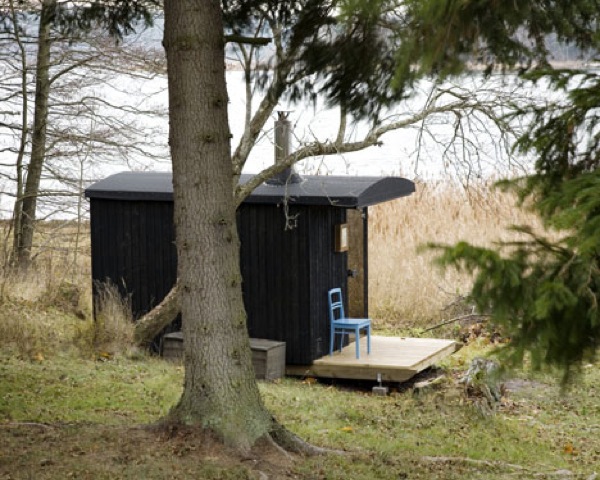 The social movement for small houses has attracted renewed vigor and is on the rise. People are redefining their conceptions of freedom and building smaller houses and bigger lives. With fewer taxes and less investment, heating, and maintenance, people are cutting their chains to the nine -to-five, leaving time to pursue passion over profit.

Small houses emphasize design over size and rarely exceed 800 square feet. To use as little space as possible, many pieces of furniture are multifunctional. Graham Hill designed an apartment that features a bed that doubles as a kitchen table and a desk that folds into the wall, and his toilet even has a sink built into it. “You want appliances that stack, or nest inside each other,” he says. Building your tiny home to optimize space while using the least amount of building material requires a massive amount of creativity. Although there are professional builders, there is something to be said for customizing your home from the ground up.

I tend to think of my life as a house. It may not be very big and, hell, it’s not even that attractive, but it was built with my own two hands. Surfing through TinyHouseTalks, I have seen people build their homes on wheels, in trees, floating on lakes, and even balanced on bicycles. The homes are self-sustainable and work with, not against, Mother Nature, whether through solar panels or rainwater filter systems. Small can be sexy. Your home is an outward expression of yourself—and your imagination is the limit.

So if you hate cleaning, want to save money, value your life experiences, and don’t like being a total dick to the planet, I have four simple tips for you: 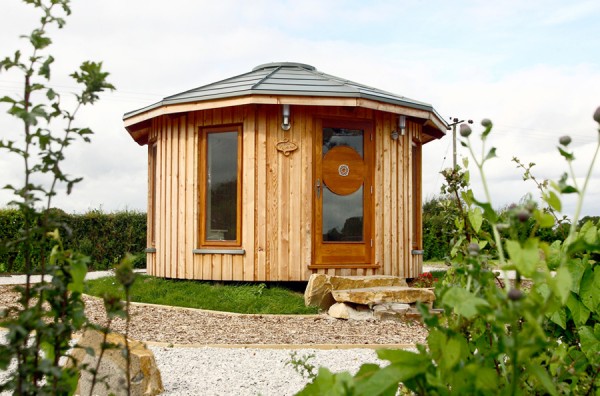 TINY is a documentary film about Christopher Smith finding a home in 124 square feet: