The Rise Of Indie Developers Marks A New Frontier Of Gaming

Gaming made The New York Times recently over the internal explosion known as “#gamergate.” For people outside of the gaming community, all this furor is giving a very narrow and two dimensional look at a complicated and wide-spread culture change: the rise of indie games.

Since at least the 1980s, video game design has been the province of multi-million dollar corporations. Console gaming meant it wasn’t enough to just design a game; you had to make the cartridge, storage space, marketing plan, supply shipping, and turn a profit on the major investment of shareholders.

The more advanced console gaming became, the more expensive it became to make games, and thus fewer companies were able to compete. By the mid to late ’90s, video games were dominated by a handful of “AAA” (read ‘triple A’) companies. The gaming world was a small one; every developer, every executive and every game journalist knew everyone in the business. And almost everyone in the business was white and male. 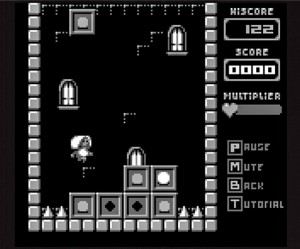 As a result of how expensive games were to make, the AAA companies were highly conservative. They made what worked. Then they made more of the cookie cutter product. Advances focused on better graphics, or faster game play. Impressive cut scenes were big, and so were explosions. But real innovation (with the not-always-welcome exception of Nintendo) was pretty much unheard of. Madden X sold well? It’s time to make Madden XI. And Call of Duty VII, Final Fantasy XVII, Age of Legends IV…. Hollywood had nothing on the gaming industry when it came to sequels.

Then came the Internet. There had always been people who made games as hobbies. However, in the age of consoles there was no way a hobbyist game developer could market their games, or even share them beyond a small circle of friends. In the late 90s, computer games were an after-thought in the games industry. Sure, Sims City and Myth sold well, showing there was an interest in other kinds of games, but the real gaming focus was on consoles. The innovation of the Internet made computers the go-to gaming system for hobbyist game developers. “Freeware” and “Shareware” games started popping up online by 1996. As a gamer that had been driven out of games by my parent’s insistence that gaming was for boys, I jumped on the chance to find games online. The games I could get as freeware and shareware were nothing like the polished adventures of console games, but they were challenging, fun, and cracked open a door that had been closed in front of me.

My friends, relatives, even freshman computer teacher (a hobbyist developer himself) passed around floppy disks with homemade games and put games online for free download. The shift was not only the pursuit of creative license for game developers, but also the economic incentive of cheaper production. 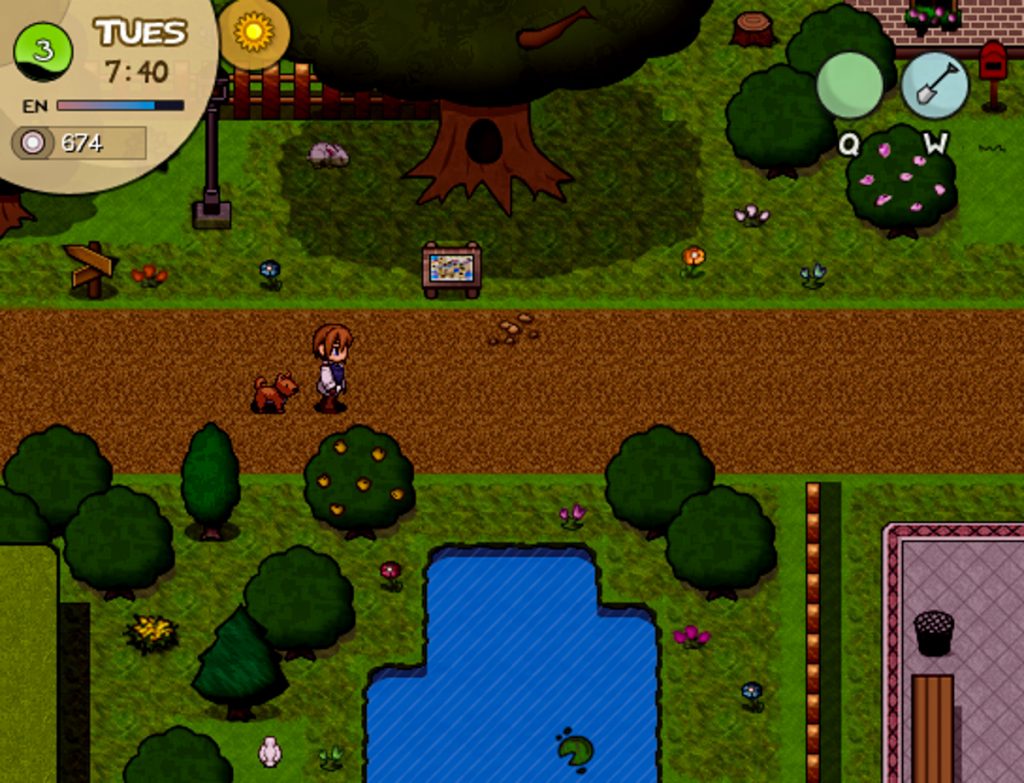 As the Internet grew, so did the ability of non-industry game developers to shift their love of game-making from hobby to work. At some point between the heady shareware days of the late ’90s and 2005, the term “indie game” was coined. “Indie devs” were the game developers who game indie games. And away from the spotlight of the big trade shows, indie games were booming; a community formed on forums, IIRC channels, and message boards. Indie devs traded ideas, discussed code, and most importantly, shared and critiqued each other’s games.

Equally important, commercial outlets began to develop for indie devs to sell their games. The biggest and most influential of these has probably been Steam, but many console manufacturers added “stores”, notably WiiWare and Playstation Network, where players could buy and play games on their consoles. Flash point sites such as Pogo Games and Kongregate allowed players to play for free while generating advertising revenue for the site and the game developer. Mobile games became a thing, and anyone who wanted could put their games on the various app stores. Indie games were, for the first time, a commercially viable product that an individual or company could build a career out of. 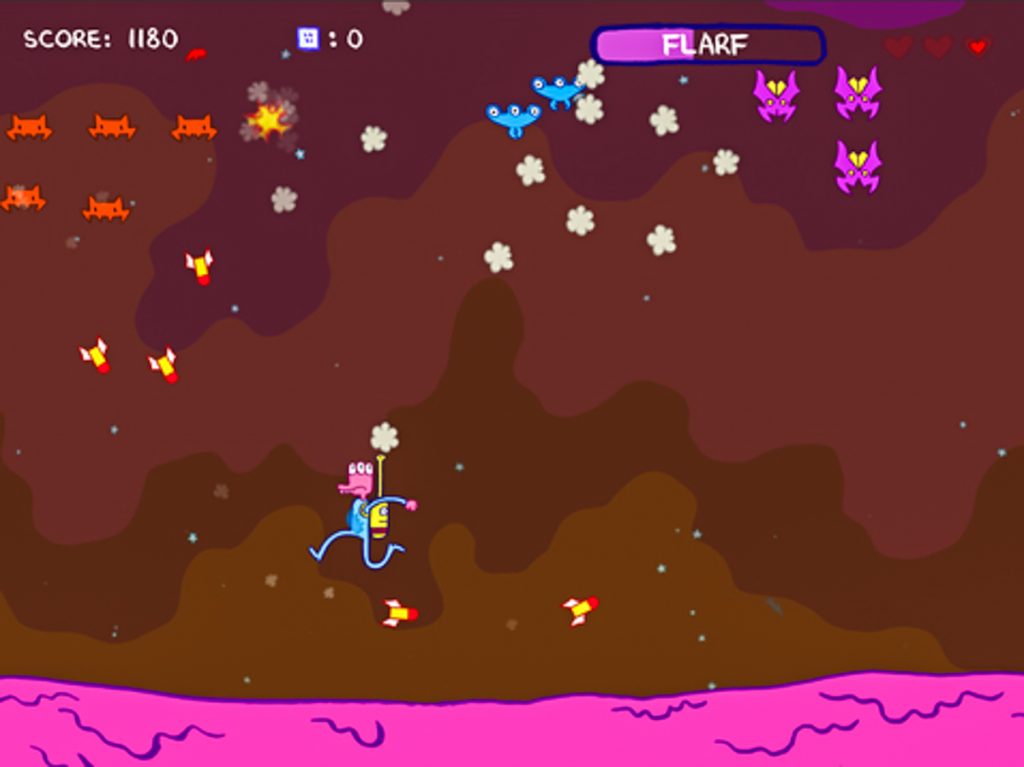 The first major rift in the gaming community came in 2007. For some devs, the whole point of indie games was to get good enough to make the same kind of games the AAA companies were making with their own stylistic touch. For others, the innovative games of the Freeware and Shareware era had opened up a new kind of gaming. These devs, derided as “New Wave Indie” saw indie gaming as a chance to do things the AAA companies couldn’t. Trapped by their need to keep shareholders happy, AAA companies could never truly innovate and explore the full range gaming had to offer. These devs wanted that range. While many devs fell in the middle, valuing the innovation potential of indie gaming while still seeing a purpose in (at least some) of the traditions and approaches of mainstream games, as usual the loudest voices belonged to the extremes. Nearly a decade later it is rare to hear the term “New Wave Indie,” though “art game” is occasionally tossed around. However the echoes of that old rift remain.

Indie gaming continued to grow, and 2013 was a major milestone in indie history. For the first time an indie game, Minecraft, became the best selling game of the year, a surprise contender beating out every console and AAA game favorite. Today, I’m considered a casual gamer. I enjoy a bit of WoW or Rifts now and again, I love hopping onto Kongregate for some flash-game fun when I have fifteen minutes, and yes was in on the beta release of Minecraft. However, I get a front row seat for the inside growth of indie gaming, courtesy of my partner, an indie dev himself.

Mainstream games, especially AAA games, still get most of the press coverage, the big tradeshows, and the profit. But the days of giant corporations dominating gaming are clearly coming to end, in the same way major music labels have come under threat by indie music production.

Indie gaming is young and diverse. Open to anyone with the willingness to learn code, indie gaming has little of the “good ol’ boys” network of mainstream gaming. Indie devs come from all over the world and all walks of life. They are (in theory) united by their love of gaming and the joy of turning ideas into reality. The indie community itself is less than 20 years old and very few indie devs have been making games for more than 25 years. Even in the fast-growing digital world, it is too early to predict everything that indie gaming can or will become.

Indie devs range from Zoe Quinn, whose game, Depression Quest, has helped many people battling mental illness demonstrate to their friends and family just what they live with every day, to Notch, the creator of Minecraft who recently walked away from his brain child on the basis of autonomy.

These diverse people and the worlds that they imagine are the future of gaming.