The coolest, weirdest marijuana-infused beverages that are surprisingly legal in the US and UK

Whether you’re using it because you’re looking for a different kind of buzz than alcohol or if your doctor has prescribed it to you for the sake of your health, marijuana (or cannabis) is one of the safest and most natural drugs on the planet. But it’s 2017, no one really needs to be told that anymore. The only true potential hazard to one’s health from the consumption of marijuana is the method of consumption itself. Marijuana is typically smoked from a bong, pipe or joint, though there is much debate about whether smoking weed is or isn’t harmful to the lungs or throat; inhaling any kind of smoke isn’t the best thing to be putting into our bodies. Vaporizing is another option of course, but there is a market out there for people who would much rather drink or eat their THC. In fact, there’s a plethora of weird but intriguing marijuana-infused beverages that are 100% legal, though at the moment they are only sold in parts of the world where marijuana has been decriminalized and made legal. Here are the top five:

With summer soon approaching, who wouldn’t want to enjoy something ice cold, refreshing, sweet but with the added kick of THC? In a profile published on Fast Company, a manufacturer located in Washington and Colorado called Mirth Provisions ushered in their own unique brand of cannabis infused carbonated beverages. Such flavours include cherry, ginger, lemon and pomegranate. To top it off, each flavour is uniquely infused with a different kind of marijuana strain! To make the beverage even more intriguing, the brand was given an ironic and but accurate name: “Legal”.

Marijuana-infused tea can be made in your own kitchen with the right equipment and ingredients, but The Venice Cookie Company has created their own line of marijuana-infused tea bags ready to steep called “Subtle Tea.” Classic tea options include chai, herbal, green and black. As the company states on their website, the effects of the THC-infused liquid can easily be controlled based on the amount of time you let the tea steep. For high potency, they recommend a steeping time between 10 to 15 minutes. Enjoy the health benefits of a warm cup of tea with an accompanying “high.”

A popular trend when out at a party or a night on the town is combining alcohol and marijuana together, also known as cross fading. But rather than downing a drink and then igniting a joint, a Colorado-based company called Dads & Dudes Breweria decided to combine the two into one beverage. The brewery has crafted an Indian Pale Ale known as “Dank IPA”, a new marijuana-infused beer. Not only can you order this unique blend of THC, hops and alcohol, the brewery is also a fully functioning pub and restaurant located in Aurora, Colorado. 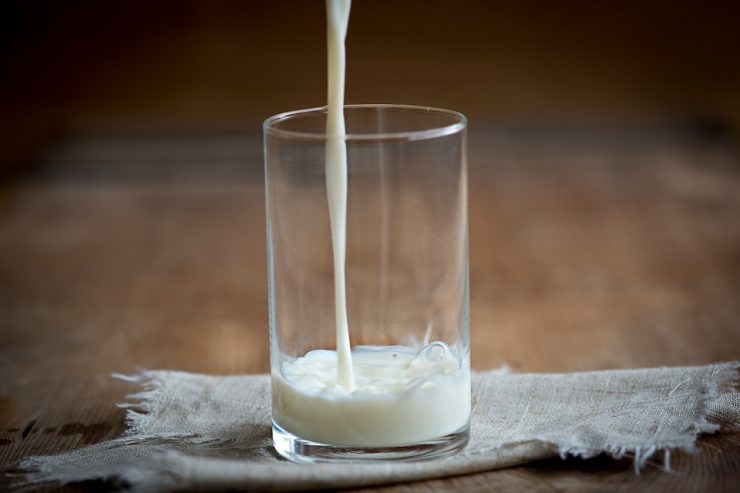 And not just any kind of milk, but a dairy-free milk making for a delicious marijuana-infused milk which is also vegan. Rawligion, a UK-based food and beverage manufacturer, combines THC oil, hemp seeds, coconut oil, dates, cashews, vanilla and water into one creamy, intensely healthy beverage, as outlined by an article originally appearing on the United Kingdom’s Metro website. The ideal drink for dairy lovers and vegans looking to also enjoy the health benefits of cannabis.

The fact that the most widely consumed (and equally as natural) beverage in the entire world is now being infused with cannabis oil is another strong indicator that the drug is becoming less of a taboo. Puration Inc., another Colorado-based company dedicated to the process of cannabis extraction, has created a THC infused brand of water called EVERx Cannabinoid Infused Water. Targeted mainly towards athletes, the beverage is still a great way to quench your thirst with the added health benefits from the world’s most natural drug.