There are few places in the West that capture the raw American spirit like the dark corners of train yards and the open boxcars that run a rough hand across the country’s burning plains. Only a month ago, Filmmaker Dale Bailey released a trailer for his new documentary featuring himself, Ryan Fyfe-Brown, Jordan Marowitch and Marcus Samji as they trail on the heels of generations of seasoned tramps that dedicate their lives to the tracks and the cities that fall between. 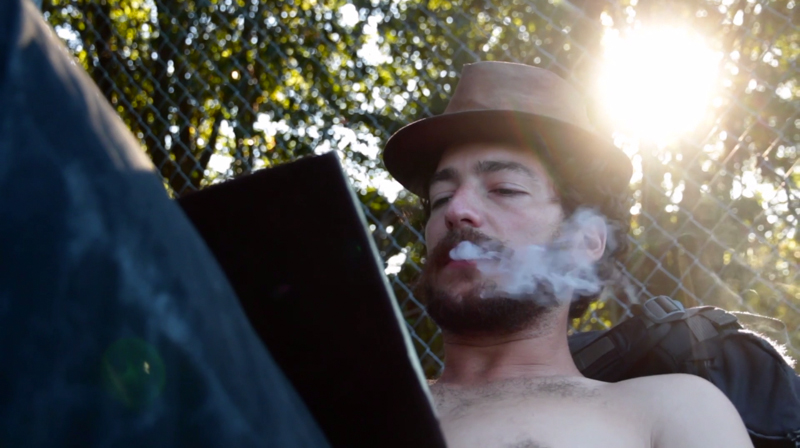 Lacking the sun-pressed wisdom of the more experienced hobos, finally catching out of Florida sparked an unmistakable high—the dangling carrot in-front the face of every railway addict to span the charcoal smeared history of the tracks since their birth in 1869. Using their wit to navigate the open landscape and exploring the cities by skateboard, the team experienced a dichotomy between the unrivalled romanticism and earth shattering lows common to all vagrants, hitchhikers and rail-junkies. “It’s frustrating sleeping on the ground every night not having a place to go after such a long day.” Says Bailey.

With pockets full of trail mix, and a camera on hand, the team made their way from Florida to California, documenting the whole ride in the upcoming film, All Aboard: