Stephen Hawking has warned against it, but these scientists continue to search for contact with aliens

How do you say hello to a stranger? You might say hello, of course, or maybe even shake their hand. What if they don’t speak your language? You might wave, or smile, or if you’re feeling really ambitious, draw a friendly picture to communicate your good intentions. But what do you do if the stranger lives on an entirely different planet? That’s what researchers in San Francisco are aiming to do as they begin a new chapter in the search for extraterrestrial life by saying “hello” to the universe.

Although currently the project has only just begun (team members are still trying to scrape together the funds to build or buy a powerful deep space transmitter), members of Messaging Extra-terrestrial Intelligence (METI) hope to have the first phase of the project completed by 2018. METI seeks to beam transmissions to the closest planet outside our solar system, an exoplanet by the name of Proxima b.

Proxima b orbits the star Proxima Centauri, well within the “habitable zone” that potentially allows for a stable, warm but not boiling environment; the same stellar conditions under which Earth and its lifeforms thrive. It’s extremely unlikely that we’ll find a full-fledged Star Trek civilization on Proxima b, but METI hopes to use this experiment as a test for more long-distance communications aimed at other habitable zones in the observable universe.

That’s only step one.

METI scientists also hope to use the transmission, and any possible response, no matter how small the possibility, to re-evaluate the Drake equation, which is the famous 1961 equation by astronomer Frank Drake that sought to figure out, based on rates of star formation and societal trends such as nuclear proliferation, how many alien civilizations could potentially exist in the universe. Other scientists criticized the equation for its vague conclusions: depending on the parameters one plugs into the formula, we could either be one of billions of species in a cosmic zoo or completely alone in space. 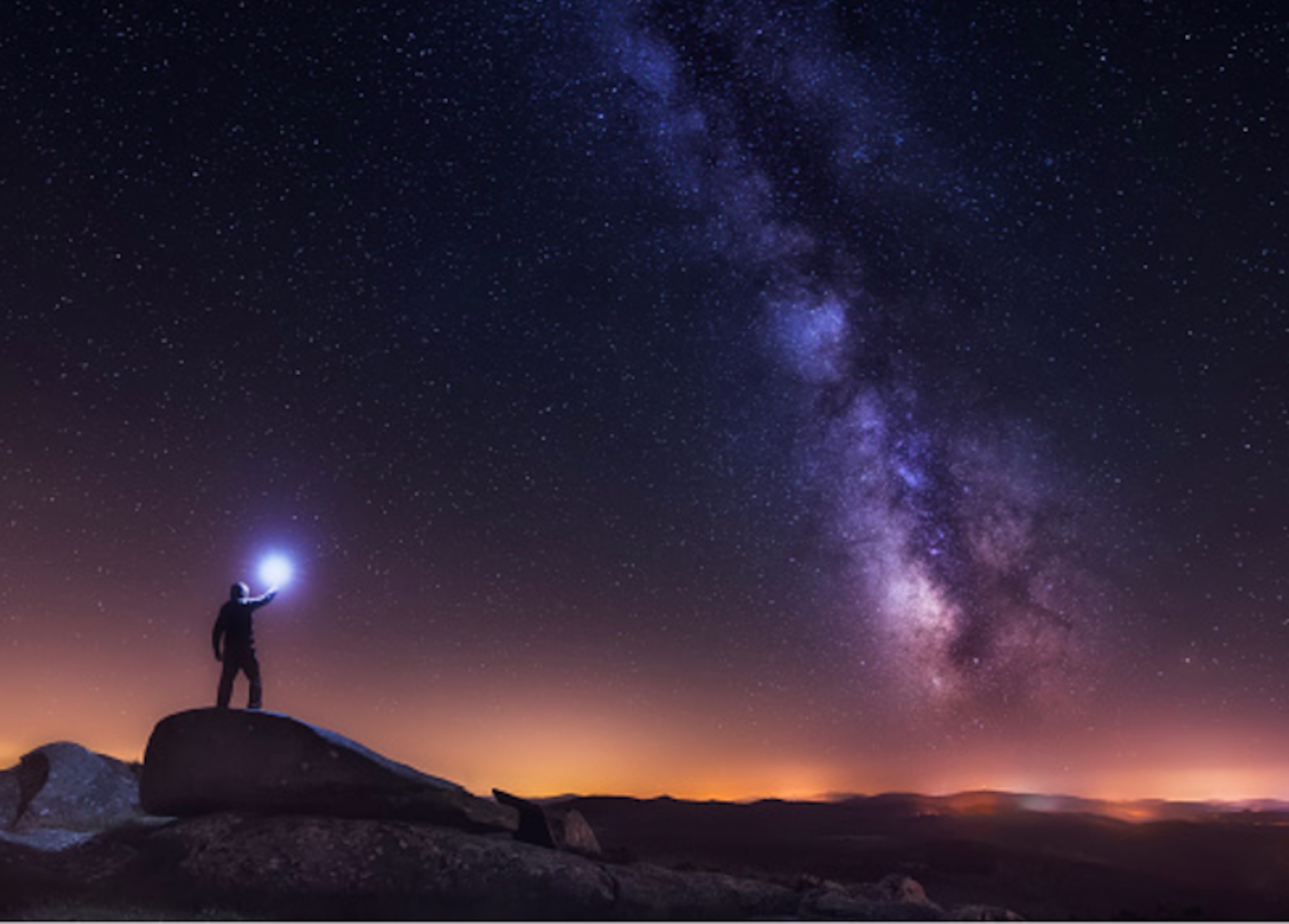 The METI project is not the first attempt at trying to say hello to aliens. 1974 saw scientists, including famed astronomer Carl Sagan, using the Arecibo radio telescope to send a message to globular star cluster M13. Their simple message contained a crude depiction of the human form and a representation of the telescope itself. Three years later, NASA launched the two Voyager probes, sporting a variety of primitive “first contact” features in the event that someone or something picked up the errant deep space probes after they left our solar system. The probes contain a plaque that depicts both sexes, a “Sounds of Earth” record containing various noises and songs from across the planet… and a map to Earth, just in case any adventurous extraterrestrials want to swing by.

Forty years later, technology has greatly advanced – we can send and receive transmissions faster than ever before.  The problem is figuring out just what to say in the message. If alien intelligences find any of our messages, we have no idea what they might think of them – they might view them as a grave insult, a declaration of war. It’s entirely possible that aliens might never even receive our messages at all, either because they lack the senses necessary to develop radio technology or for countless other reasons.

It’s telling, then, that some leading scientists, including Stephen Hawking, have cautioned against the move, noting the unpredictability of broadcasting one’s existence for the entire universe to hear. Who knows who could show up on your doorstep? Fortunately, it’ll take years for the message to reach its intended destination, and probably longer still before we ever get a reply back, so we’ll have ample time to prepare. Lock your doors, hide your cattle…and plug your rectum.