Information overload. Permanently connected. Pressure to conform. Addiction to social media, e-mailing, texting, tweeting, re-tweeting, liking and sharing. These are just a few of the oft-quoted reasons tossed around in today’s hyper-connected world that point to the seemingly undeniable evidence that many of us are losing our edge when it comes to our memory, our creativity and our comprehension skills. Study after study after study have shown that the marvels of the Internet age have taken their toll on our ability to concentrate and focus on the job at hand. Our sometimes blind dependence on smart phones, laptops, tablets and an endless choice of apps has dulled our senses and taxed our brains’ capacity to initiate and finish even the simplest of tasks, to the point where paralysing distraction and brain freeze have become frequent barriers to what otherwise should be the all-too-innate task of creative thinking.

There is, however, one easy-to-use and accessible tool that can stir up our creative juices and even reverse the cognitive malaise that we sometimes consider a permanent by-product of life in the fast lane. And that tool is handwriting—or, to be a little more precise, cursive handwriting. From scratching our thoughts into wet mud with a stick, to labouring over ancient parchment manuscripts using a quill and candlelight, to taking notes in classroom with a pencil and paper, writing is undeniably one of the greatest innovations that our species has come up with. It probably ranks up there with the invention of agriculture and the discovery of the atom. And in the six thousand or so years since our ancestors experimented with this mode of communication, writing has been done by hand. Only relatively recently has the art of writing been gradually and insidiously replaced by the typewriter, the keyboard, and now, the keypad. It seems that handwriting—sometimes referred to as longhand writing—is seen as out-dated and unnecessary.

And handing over this innate and adaptive ability to technology has come at a price. Our brains aren’t getting the workout that they would with handwriting, and functional magnetic resonance imaging (fMRI) studies have shown that handwriting (and cursive handwriting in particular) activates and stimulates areas of the brain—such as the amygdala, the cerebellum, the thalamus and the reticular activating system—that are not engaged through simply typing. Writing by hand also enhances synaptic activity between the left and right hemispheres of our brains. 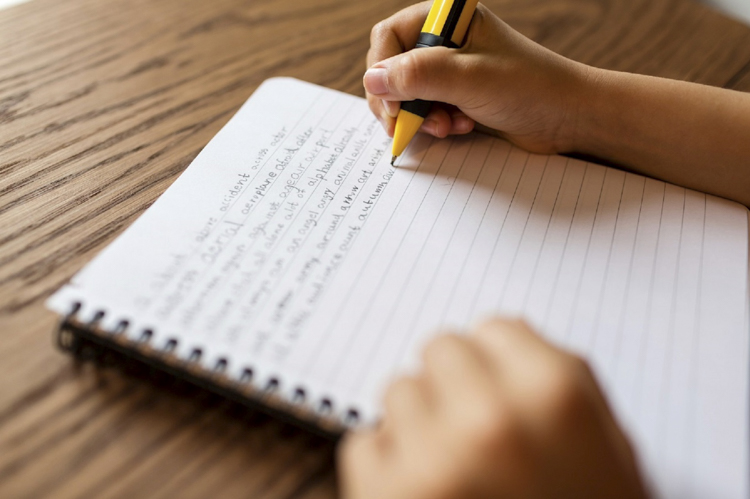 Technical jargon aside, by moderating and reducing our overreliance on our devices, we gain a sharper long-term and short-term memory, a greater capacity to compose new ideas, an increased ability to connect new concepts, an improved attention to detail, a better grasp of grammar, and a broader and richer vocabulary. And it makes us better and faster readers. Perhaps most importantly, though, as University of Washington’s professor of educational psychology Virginia Berninger points out, handwriting is an essential tool for maintaining a good working memory, that all-important brain function used for processing and managing new information.

If you’re a student, you’ll definitely be doing yourself a favour by taking handwritten notes instead of keyboarding. “The very feature that makes laptop note-taking so appealing—the ability to take notes more quickly—was what undermined learning,” suggested University of Nebraska’s psychologist Kenneth Kiewra. Students in the United States who hand-write the essay portion of the SAT have shown consistently better results over their counterparts who used their devices to compose their essays. And if you’re trying to learn a foreign language, your comprehension time will be significantly reduced by hand writing.

Writing the old-fashioned way is significantly less distracting than spending the time on your laptop or tablet, and proficient users actually compose and write more words in any given time span than they would on a computer. What do famous authors such as Joyce Carol Oates, Margaret Atwood, Danielle Steel and Tom Wolfe have in common? That’s right…they sit down with a pen and paper to write their novels. So, if you’re about to brush up on your résumé, or prepare that report for your boss, or submit that article to your school newspaper, give your eyes a break and give your brain a boost; try putting your keypad or keyboard away for a bit and pick up a pen and a sheet of paper. You’ll be very pleasantly surprised.