It’s not uncommon to find Grant Petersen asleep in the wilderness one night and then hard at work in one of the two stores he owns the next day. With a mere bike and whatever he could carry, Petersen regularly takes to wide open spaces to camp out for the night. His goal: to get back in touch with Mother Nature.

It’s a relationship that runs deep, as he spent much of his teens and twenties outdoors, even living outside for months at a time. Now as a family man in an upscale San Francisco suburb with a career managing two shops, Rivendell Bike Book & Hatchet and Rivendell Bike Works, and occasional writing gigs, that kind of life just wasn’t practical anymore.

Despite his new priorities, he still craved the wilderness, and roughly 14 years ago Petersen did something that would soon usher in a different kind of camping experience to the world. “I just loaded up a pack and rode out to a nearby hill in an open space and camped out,” he says. “It grew from there.” 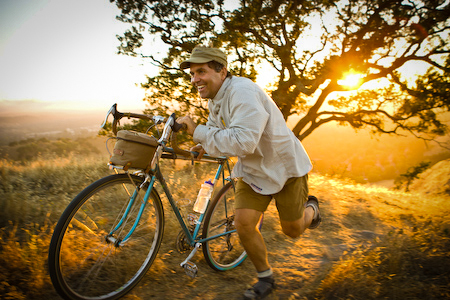 He calls his camping trips sub-24-hour-overnights or more informally, S24Os. Petersen has been on as many as 130 since the dawn of the millennium. They don’t require much time, money or planning, and anyone can take one. You don’t even need to use a vacation day or a weekend; all you need is a sense of adventure, a bike and whatever you’d like to bring along for the night.

Having coined the term S24O, Petersen doesn’t really think of himself as an ambassador for them but rather more of a catalyst. With that considered, it shouldn’t be too surprising to find a page over on his shops’ site covering what you should bring along for a trip. It includes a tent, a sleeping bag and some cooking utensils, but as S24Os are often short, you don’t have to sweat it if you forget something. “It’s only one night, so nothing matters, not even the bike,” Petersen says. “I’ve forgotten my bag and my tent poles one time, and I’m here to speak of it.”

Simply pack what’s light and comfortable. If you choose to go with more than you need, you might end up with a load that’s more trouble than anything else. Taking a bike trailer or stuffing too much in a backpack or a bike basket may be too much of a hassle if you need to hop a fence or cross a creek.

With nearly a decade and a half of S24Os under his belt, Petersen knows nearly all there is about packing for them. “On the early ones I’d over pack, and a lot of the bulk was clothing, and a lot of the weight was food. I eat differently now,” he says. “And yes, less clothing too. No backup sweaters, and I can sleep in the thin wool tops I probably rode there in.”

If S24Os sound like they’re for you, beware of sudden rain and irritating camping permits. “In 30,000 acres there might be seven designated campsites, but you have to register for them online with a business operated by people who’ve never even been there,” Petersen says. “People reserve the spots eight months ahead of time, so last-minute notions of camping out won’t fly.”

Part of the spirit of S24Os is perseverance, even when it comes to nabbing a spot to camp. You may have to settle for a place that isn’t quite legal.

“Just because something is illegal doesn’t make it immoral or unethical,” Petersen says. “It’s a mild and I would say self-serving variation of civil disobedience. And…to anybody who gets up in arms about that, I’d like to say, preemptively: ‘It’s the worst thing I do. What’s the worst thing you do?’” 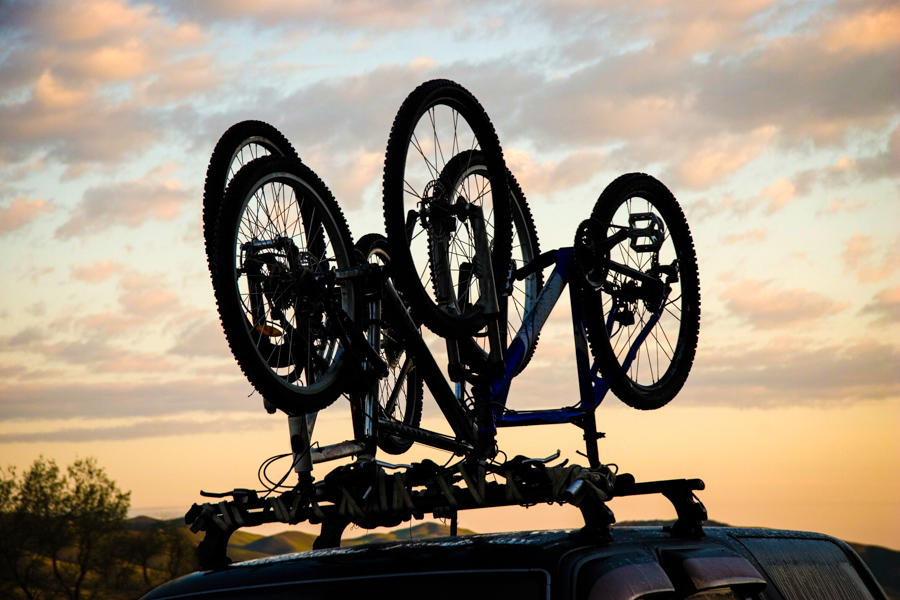 Once you’ve claimed a spot, that’s when the fun begins. When you’ve been on a few trips though, it’s the S24Os that don’t go quite as planned that really stand out. One of Petersen’s most memorable S24Os took place in 2000.

“High up on the local mountain with four others. Drizzle leading to hard rain and severe winds,” he describes. “I was under a tarp with another guy, and it blew down. I remember his first words when he woke up when the tarp came down: ‘I’m soaked to the bone!’”

Still in their sleeping bags, they headed over to a neighboring two-person tent, which was already occupied by two people. “Nobody slept, we debated hiking out to a sheltered area a mile away, but we’d have been exposed for an hour, so opted to stay,” he says. “By eight o’clock the next morning the sky was blue and the wind was dead and all was well.”

Petersen says he really enjoys the woods and always looks forward to going back.

“S24Os have been a boon to me. I really like them, and they’re the most fun I have on a bike.” he says. “I think a lot of people get in ruts and miss out on some great, easy, local opportunities to get out in the woods on a bike. If I can make the noise that inspires people to try it, that’s great.” 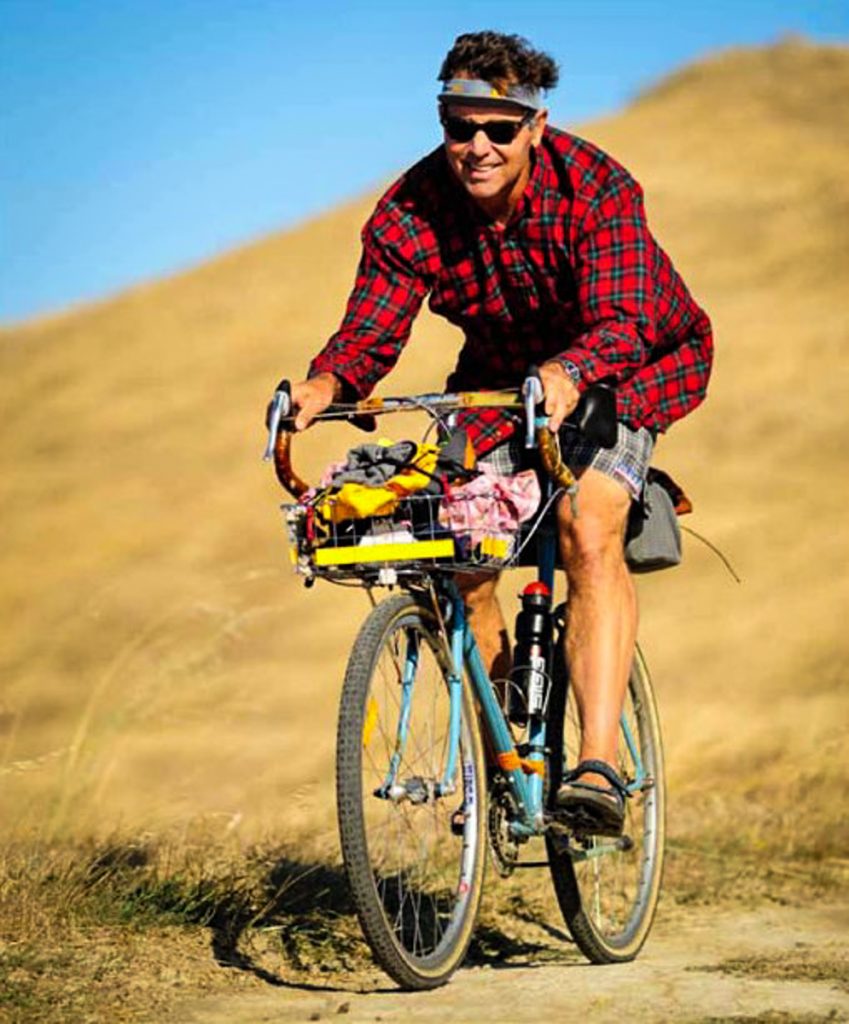