Forget bike lanes, this city made an apartment for life entirely without cars

While most cities are still working on perfecting their bike lanes, Malmö, Sweden is taking sustainable living to a whole new level. A new apartment building in the city doesn’t have any parking spaces, but instead was built and designed around the needs of people with just bikes.

This is the first apartment building in Sweden with no parking. The car-free residents of the building instead have a bike garage, outside bike parking, and the option of bringing the bike straight to their unit.

According to Fast Co Exist, Cord Siegel, one of the principals at Hauschild + Sigel, which designed the building, called Cykelhuset (aka “bicycle house”), wanted to look at why people were so reliant on cars and if they could substitute bikes for cars all together. 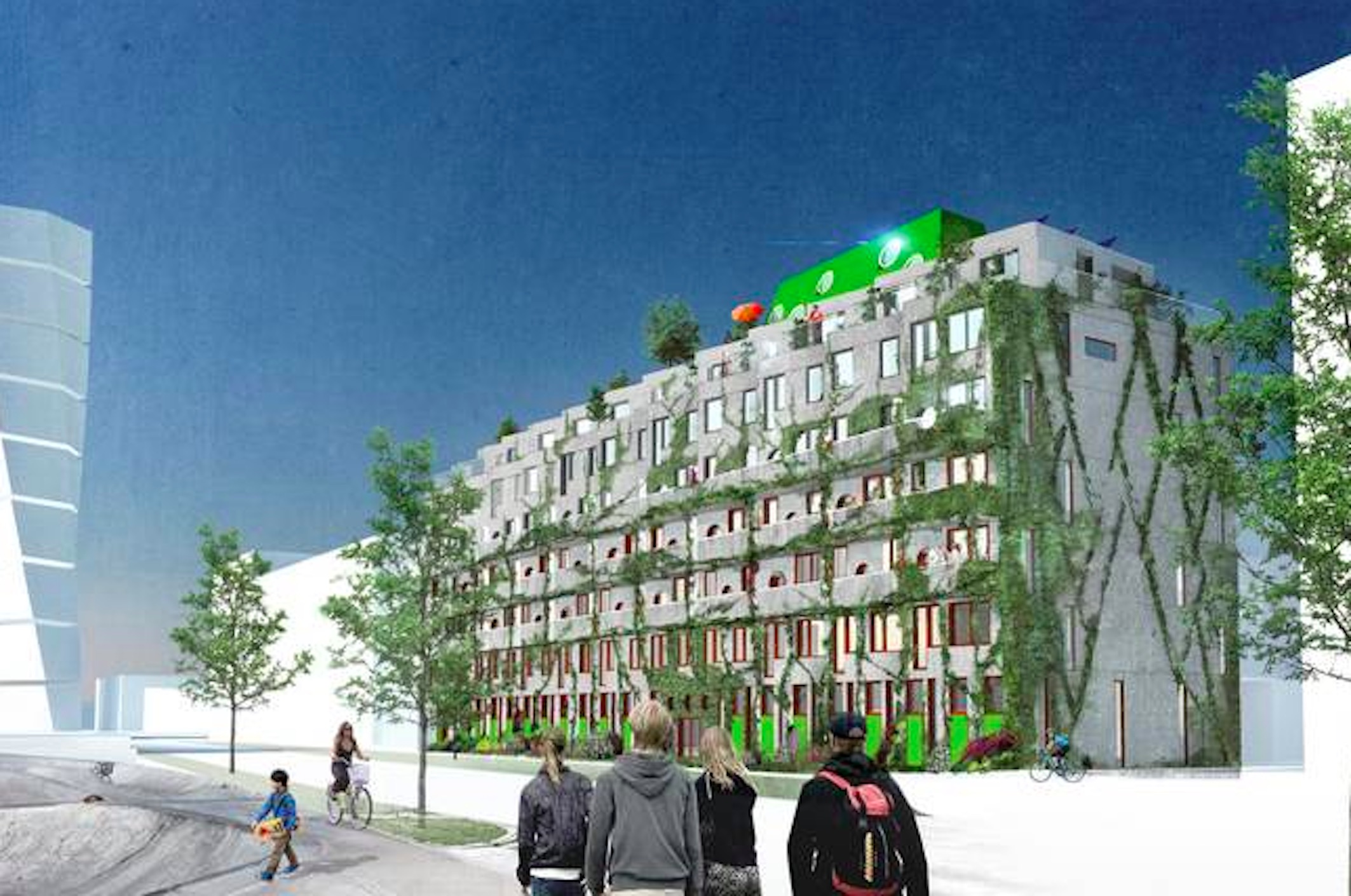 To ensure that residents would be covered no matter the situation, the architects added special features to the building: there are huge delivery mailboxes so people can shop online as opposed to going to a shopping mall with their car; the building is stocked with cargo bikes in case of a resident picking up a heavy load somewhere; the building offers commuter-folding bikes; and the building offers a “mobility subscription” that offers car pools, a bike repair service, and credits for the bus and train in case of bad weather.

The building is made up of 55 apartments, ranging from one to four bedrooms, and the main level is a “bike hotel,” with 31 mezzanine rooms. The hotel rooms are for visitors staying in the city from a week long up to a few months; they will stretch 237 sq ft and along with the usual elements of a hotel, they will have space for visitors to hang their bikes on the wall. For bike-less travellers, they will be able to rent bikes at Malmö Central station when they arrive in the city. Easy for visitors and residents alike, since Cykelhuset is only a few minute bike ride to the station.

Clearly the building was built with sustainability in mind, and it doesn’t end with just the bikes. According to News Atlas, local wood was used to construct the stairs and mezzanine in the hotel. More so, the apartments have automatically irrigated garden boxes on their balconies so residents can grow their own produce, and greens will be grown year round in a communal garden on the roof, so residents can have fresh food even throughout the winter.

The first tenants will be moving in at the beginning of this year.