I’m sure that many of you can remember walking home from elementary school by yourself. I’m sure you have fond memories of playing at the park with your friends, and meeting up with the neighbourhood kids down the block. I spent more time as a child outside, than I did inside. When my mom would come and get me for dinner, I would be covered in dirt and grass stains, face sore from laughter, and already planning my next adventure. After dinner I would go back out to the park across the street, and come home for the night when the sun went down. This portrait of childhood bliss is so far gone now, having been replaced with overprotective parents, 24-hour news cycles and a culture of fear so crippling that ‘outside’ has become a new enemy.

According to her opinion article, in September 2014, Kari Anne Roy was sorting mail, when a knock on the door revealed her six-year-old son, and with him a woman she had never seen before. Roy’s son had been playing at a park 150 yards from their front door. If she stepped onto the porch she could see him. The woman brought him home because he was outside and alone, which was baffling to Roy. Shortly after, a policewoman came to the door and took down the names and ages of Roy’s children, who were six, eight and 12. Within a week a Child Protection Services investigator was in her home, interviewing each of her children, alone. As a protocol the kids were asked about things such as alcohol, drugs, pornography, hygiene and fighting. Following the children, Roy herself was interviewed, then her husband, and even the babysitter. The incident was eventually marked as a non-event and the case was closed.

Danielle and Alexander Meitiv’s children — ages 10 and 6 — were picked up by police while walking home alone, setting off a two-month long investigation by Child Protection Services 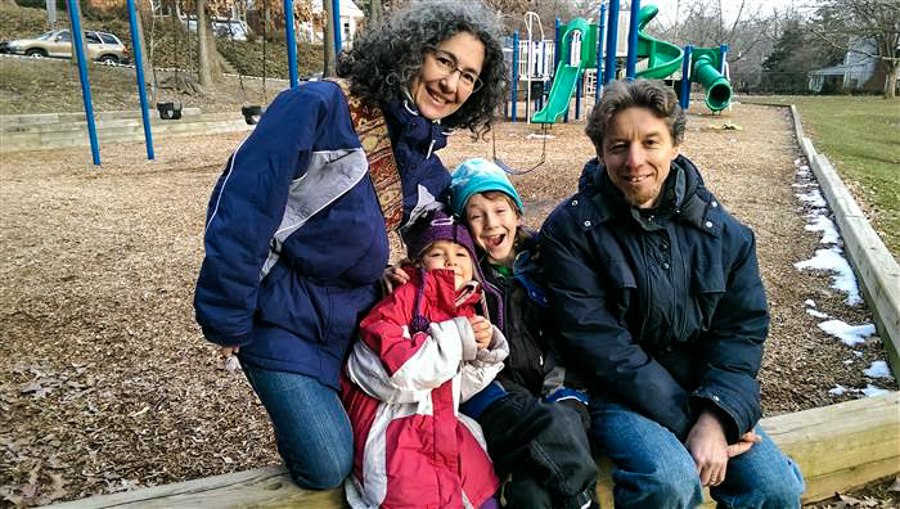 More recently, Danielle Meitiv— a mother of two children ages six and 10— was investigated for child neglect after two isolated incidents. According to Mashable, the first complaint was after Meitiv let her children play at a nearby park unattended. The second complaint was after a bystander called the police upon seeing the children walking alone, along a busy street. CPS investigated the family and a decision was made: The Meitivs are responsible for ‘unsubstantiated’ child neglect. This means that there was not enough evidence to prove them guilty or innocent, and that their case will remain open for five years.

These types of cases have sparked a national debate about how intensely a parent should supervise their child’s activities.

“Our neighbourhood is small. There’s a wide-open green space with walking trails right across the street from our house,” writes Roy in her article. “The lawns are well-maintained. There’s a playground at the top of the hill. And there are no children outside. Anywhere. It is a creepy vista of green grass and beautiful trees without a living soul marring its surface. It is a place where, when children are playing outside alone, the police are called immediately.”

According to Deseret News National, a poll has found that a high number of Americans think that kids 12 and under need supervision when playing in public spaces and would support laws governing that rule.

Scientists, psychologists, and educators say that most social and intellectual skills essential to success are first developed through childhood play

But keeping your children inside could also have some dangers. There are many negative aspects of staying inside such as higher stress levels, vitamin D deficiencies, poor physical health and a decline in creativity. An article for the New York Times states, “the scientists, psychologists, educators and others who are part of the play movement say that most of the social and intellectual skills one needs to succeed in life and work are first developed through childhood play.”

I understand that bad things happen. Anywhere and everywhere, bad things happen. Stories of sexual assault, kidnapping and violence can be harrowing and tragic and should not be taken lightly. However, things like this can also happen in your own home or at school, the most unlikely of places. Roy’s six-year-old son could have been the victim of some awful incident, or he could reach new heights on the swings and get an hour of fresh air. It is impossible to know or predict. There is a reason that 90 per cent of the news is negative, and that’s because people eat it up. People focus and become so invested in the negative side of things that they don’t realize that good things happen just as often. There is a fine line between being safe and letting fear dominate your life. Our world is not any scarier than it was 10 years ago. Take it from a former child who considered the park her second home. I walked away with a couple skinned knees and a head full of happy childhood memories.

A couple of bruises and skinned knees are a necessary trade of for happy childhood memories.