Hood River County (population, 20,000) is a sleepy community in picturesque Oregon with a total area of just over 500 square miles, making it one of the smallest counties in Oregon State. Situated in the Columbia River Gorge and sharing a border with Washington State, the residents of Hood River County enjoy a typical northwest climate—not too much snow in the winter and long mild-to-warm summers, which are perfect for the acres and acres of apple and pear orchards that Hood River boasts. In addition to the magnificent snow-capped views of Mount Hood that the locals enjoy, the area is renowned for its spectacular windsurfing and sailing activities.

But Hood River County has one more precious resource—water: lots and lots of pure, pristine, spring-fed water. In fact, the Hood River watershed covers an area of over 200,000 acres, and now the Swiss-based multi-billion dollar corporation Nestlé, through its North American subsidiary Nestlé Waters North America, would like to get its hands on what may be this community’s greatest asset. But the good folks of the Hood River community are fighting to keep Nestlé out of its backyard. They don’t want Nestlé—or any other bottled water company—setting up shop and sucking up the area’s greatest natural resource and selling it for profit in plastic bottles. They’d rather keep the water for the farmers, the kitchens, the salmon and the surfers.

As it is, Hood River County’s charter allows corporate and commercial exploitation of its water, but a group of concerned and fighting-mad citizens of Oregon has no intention of letting Nestlé get its way without a challenge. They’ve set up a website—LocalWaterAlliance.org— and a Facebook account to inform the locals of the threat and how each citizen can do their bit to stop Nestlé from throwing its weight around. Hood River has local elections this month, and if the Local Water Alliance gets about 500 signatures for its cause, the fight will become an election issue for the voters of Hood River County. The Plaid Zebra contacted the organizing committee for the Alliance, and the last we heard, they have at least triple the minimum number of signatures needed. So it’s definitely going to become an important part of the election platform, and Nestlé is not going to just grab Hood River’s water without causing a fight.

And Hood River isn’t the first (or even the second, or third, or…) community whose water Nestlé has seized. Controversy and uproar seem to find the corporation wherever it goes. The company has been taking water from California’s San Bernadino Mountains for decades, which it markets and sells as Arrowhead Mountain Spring Water. And putting aside the morality of taking the water in the first place, America’s most populous state and supplier of much of the country’s food has had a history of drought going back decades. The past five years have been particularly severe, and despite a petition signed by more than half a million Californians, Nestlé has continued sucking the life force from the land, while the state’s own residents can actually be fined for excessive usage. This past year, Canada’s province of British Columbia also suffered through drought conditions, and while some of the province’s residents had a water usage ban imposed on them, Nestlé continued a California-style draining of the aquifers.

So, here’s hoping that the good folks of Hood River continue the fight and deliver a knock-out punch to the bottled water industry. We’re keeping our fingers crossed for you, Hood River, and if anyone feels like supporting Oregon in its campaign, just check out the “Take Action” area on the website.

UPDATE: HOOD RIVER HAS VOTED IN FAVOUR OF KEEPING NESTL­É OUT OF ITS BACKYARD.

The past five years have been particularly severe in California, and despite a petition signed by more than half a million Californians, Nestlé has continued sucking the life force from the land. 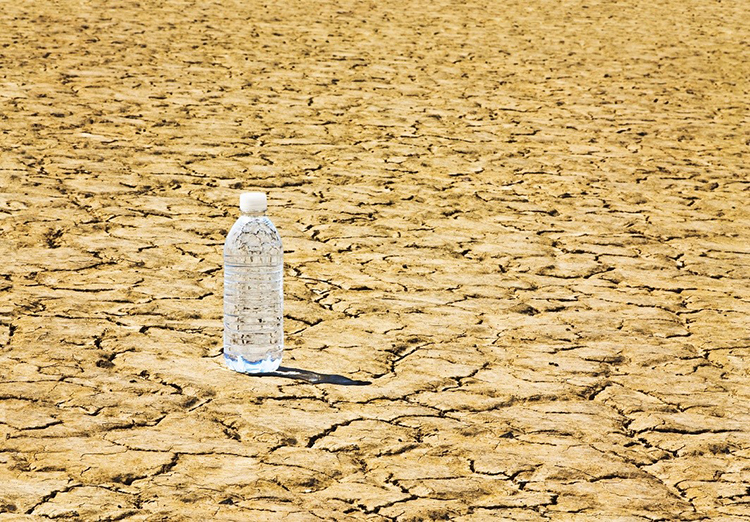