There’s more to the Netherlands than weed, wooden shoes and prostitutes

‘Hey there, Mountie, sorry to disturb you during your hockey, but how aboot that maple syrup eh?’

As someone from the Netherlands, that about sums up all the stereotypes about the Great White North for me. I think everyone would agree that asking Canadians about their pet polar bears or living in igloos is a pretty bad way to try to make friends.

For some reason (the media), a lot of tourists from North America think they can strike up a friendship with a Dutchie if they talk about weed. Or wooden shoes. Or tulips. Or prostitutes. Or windmills.

I believe now would be a good time to dispel some popular myths about our national identity.

However, you can’t put all the blame for misguided views on ignorant tourists. The entire centre of Amsterdam looks like the set of a Netherlands satire show, which is why Dutch people from outside Amsterdam usually skip the centre of the city and go to more quiet places.

“I usually go to the Albert Cuyp Markt, which is just outside of the centre. It is more cozy there, no stoned Russians or obnoxious Americans. Plus on the Albert Cuyp I can get apples and bread instead of weed,” Allard Franck, a native Dutchman, said.

Thomas Rizza from San Francisco said he was disappointed by how a large portion of central Amsterdam was geared towards tourists focus during his stay.

“Everywhere I went the first language spoken was English,” Rizza said. “It wasn’t until after hours of exploring the city did I hear a word of Dutch.”

Most non-European tourists don’t go beyond the nation’s capital. So when they come back and tell their vacation stories, it is all about how many “coffeeshops”, red light districts and tulips they saw in the Netherlands. Sadly, none of these things are a true reflection of Dutch economy or culture.

European tourists usually see more of the country. The ‘Waddeneilanden’, little islands north of the mainland, are really popular among Germans, and Belgians often visit the southern provinces of Noord-Brabant and Limburg (although Belgians are not really considered tourists, it’s like your little sister coming back from college for a weekend).

Another little-known fact among foreigners is the innovation of the Dutch. Dutch scientists are among the best in the world when it comes to fighting our oldest and most vicious enemy: water.  You don’t fight water with guns and cannons. You fight it with brains. And sand. A shit load of sand.

Most of the Netherlands’ coastline is beneath sea level (actually, over half of the country is), but no one goes to sleep at night fearing they’ll be drowned by the time morning arrives. Farmers who live on or just behind the dykes don’t even consider it a threat or major hazard.

‘My land sometimes gets flooded during fall. I have to watch my sheep and get them inside in time, that’s it,’ a farmer in the coastal village of Marrum said about whether he fears the sea.

In the time when Rome still was the most powerful empire, Dutch farmers had already started defending themselves against the sea. The first coastal villages and towns were built on a mound, called ‘terp’. It was heightened, so the farmers had some land and the people had a place to live in. In the north of the northern province, Friesland, you will see a lot of places ending with ‘um’ – thats because “um” stands for a place on a mound.

As the years have gone by, more and better ways were invented to protect citizens from the water. The Netherlands was hit by a big inundation in 1953 that killed around 1,800 people, mostly in the west. Since 1937, the government has been monitoring the safety of the banks from the three biggest rivers that flow through the country and could easily overflow: the Maas, the Waal and the Rijn. In response, the ‘Deltawerken,’ dams to help control the rivers’ water levels, were made. 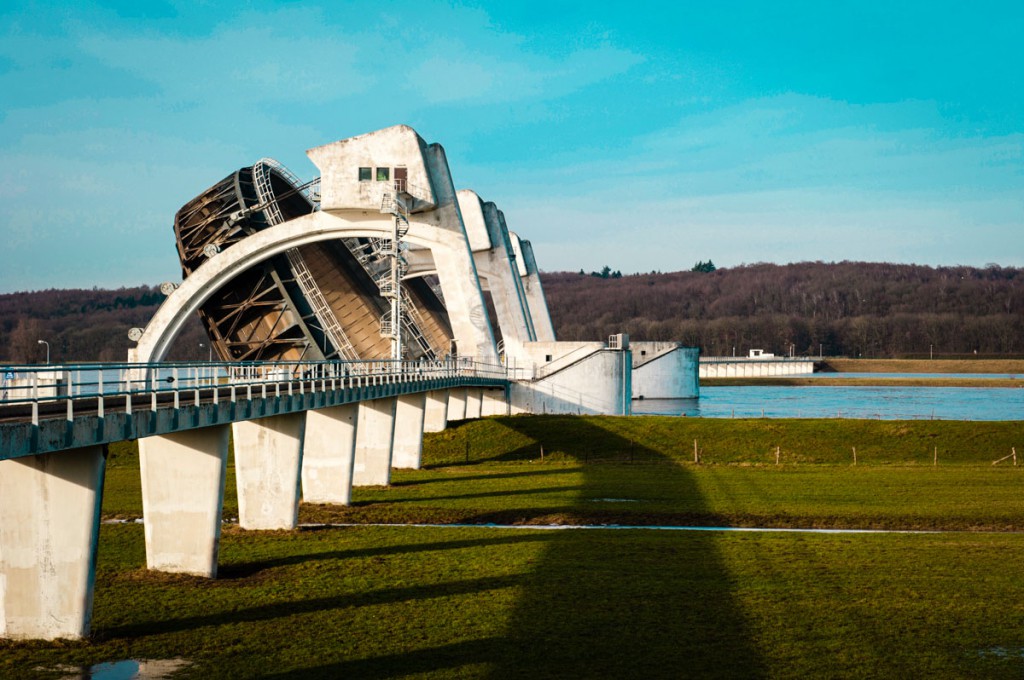 The ‘Scheldekering’ (or Schelde barrier in English) is another measure to control the water levels aimed at protecting Zeeland and Zuid-Holland from the sea. It is ‘the biggest project of water management’, according to the Ministry of Infrastructure and Environment. It was originally meant to totally shut off the Oosterschelde, estuary in Zeeland, from the sea. Halfway through building it, the constructors realized it would destroy a lot of nature if they would do so, but in typical Dutch fashion, found a practical and innovative way to solve the problem: The barrier was left open and be made up of moveable parts. In case of high water the ‘doors’ would shut and Oosterschelde would be safer.

The Netherlands is a lot bigger than Amsterdam and has a lot more to offer the world than cheap flashy attractions. We’re the country that fought the ocean and won. And what do we do after we make the world a dryer place? We relax in our wooden shoes, smoke a joint and visit a prostitute.