There is a common understanding across many cultures and religions that an altered state of mind can foster a spiritual experience. For some, this sort of religious experience conjures thoughts of meditation and other mysterious Eastern practices. Where mind altering substances are concerned, it inspires images of Shamanism or the fume-sniffing ancient Oracle at Delphi.

Rarely are these mystic experiences thought of in the same way when it comes to Christianity. For modern Christians, the thought of a drug induced revelation is often accompanied by memories of Nancy Reagan and her stern yet nurturing command to, “just say no.”

Even the hip millennial Pope Francis who promised that pets would be waiting in heaven, regardless of their master’s sexual orientation, is weary when it comes to a psychedelic trip to salvation.

In reaching out to preachers, I found that the only way Christian authorities like to think about psychedelics are the ways in which God can help with my addiction. Rick Warren, one of the most influential preachers in America, was even kind enough to offer his prayers to myself and the readers alike.

But what I was looking for was a holy high and I found it across the Atlantic in London with the Reverend Danny Nemu who explained to me that the Bible is full of drugs.

Show me the dope!

As an historian and author, Danny insisted that before we delve into the drugs we need to understand the context; which meant focusing on the language.

Danny explained that while the English translation of the Old Testament, the King James Version, has been wildly influential, it is riddled with inaccuracies that have hidden the Bible’s psychedelic influences behind misinterpretations of the original Hebrew text.

“The way the language of Hebrew is put together is a whole lot more poetic than English or Greek or Latin or any of the other languages it was translated into.” Danny begins, “A single word can mean many things.”

With my own skepticism in religion, I followed him down that rabbit hole in which he claimed that, “the Bible can begin – very much – as a story in the head.”

He illustrated this with the opening line of the text, “Bereshit bara Elohim”, which is commonly translated as, “in the beginning God created”…the heavens and the earth.

But translations in any language can be problematic, even for something as simple as a movie title. For example, the Chinese version of the Sixth Sense gives away the films ending right from the start by translating the title as, He’s a Ghost.

So without having been shown any evidence of psychedelics in the Bible, I could already see how it could be possible that something had been lost in translation. And from there it was time to move on to the drugs. 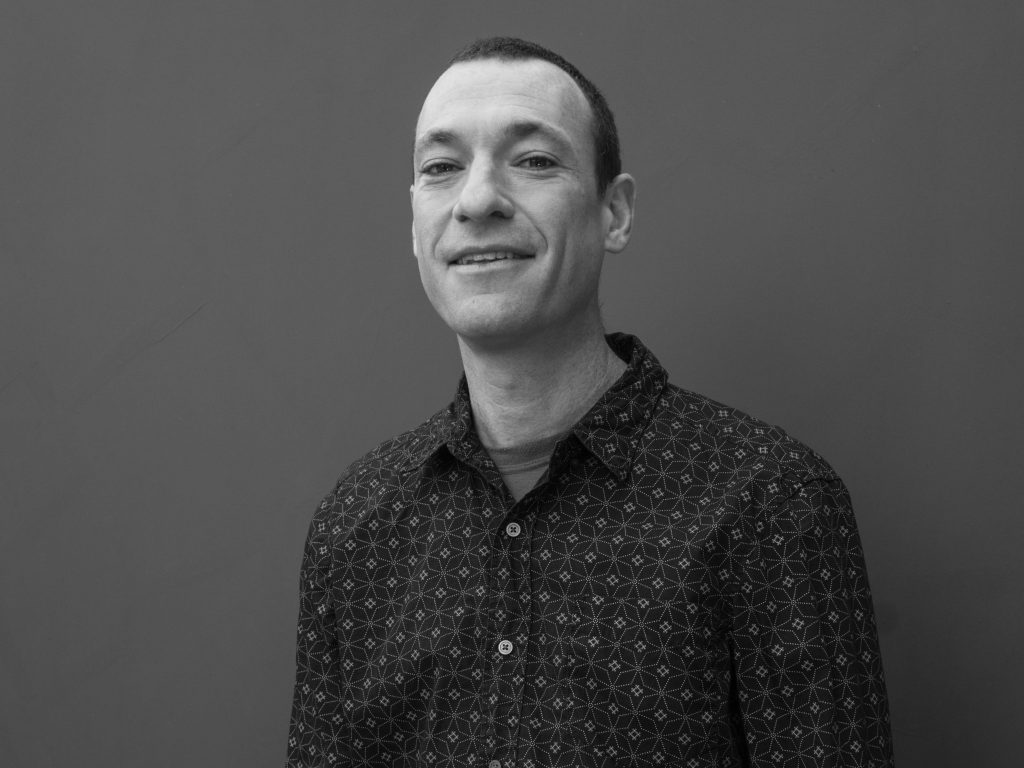 What is the Bible’s purpose?

The Bible has no shortage of mystical and visionary experiences. But the most common explanation for these experiences is one that demands blind faith and is often hard to believe. Or as Danny says, “We tend to interpret it as, ‘an angel came down’ and we think that’s rubbish.” It’s an interpretation that the secular world has dismissed.

“To a great extent a lot of people have pathologized religious experience as some kind of construct of the mind or some kind of delusion.” He says, “If a god comes and talks to you and you tell that to most people they’re going to say you’re mental.”

“What would you say is going on?” I asked.

“I would frame it a little differently from mental illness or psychiatric disorder.” He says, “The human brain is complex and we don’t get an instruction manual – or rather we do.” He insists, referring ​to the Bible as that manual, “But we read it as a text to bash each other over the head with and make people obey and conform.”

It’s a strange irony that the parts of the Bible we focus on most are the parts which tell us how to live in the material world, rather than those which tell us how to connect with the spirit. The law codes of the Ten Commandments and Deuteronomy are often cited as guidelines for our lives. We use these as templates for laws, acceptable practices, and even what marriage ought to look like.

But hidden among the folk tales and decrees of the text are also guidelines for spiritual experiences. Many of which are achieved through the use of seemingly ordinary substances which act as psychedelics.

Now can we get to the drugs?

Perhaps the most commonly known substance in the Bible is frankincense. Known as the mysterious gift given to Jesus at his birth by the Three Wise Men.

A simple Google search for frankincense will give plenty of uses for this magical extract. Testimonials can be found praising its usefulness as everything from bath salts to an anti-aging remedy.

But a deeper look uncovers that the chemical make up of frankincense, or the resin of Boswelia trees, has psychoactive properties which work on the GABA receptors – the same receptors activated by valium. While the other mysterious gift of the Wise Men – myrrh – works on mu- and delta-opioid receptors, and is said to be an aphrodisiac.

The same can be said for a trove of other substances found in the Bible and often found in the kitchen today. Cassia, which contains estragole, is described as an LSD-like psychoactive. Cinnamon contains eugenol from which MDMA is synthesized.

“The reason these things are not active in our bodies is quite similar as what happens with ayahuasca.” Danny explains, “Your body enzymes break them down. So if you had a load of cinnamon you probably won’t get a whole lot out of it unless you also eat something which will inhibit your P45O enzymes.”

And that is where the magic, and the real science of the Bible’s psychedelics is found. Hidden in plain sight, these Biblical substances were taken in careful combinations so as to give the desired effect. The anointing oil combines several ingredients that act as enzyme inhibitors, to allow the psychoactive elements to work on the brain. There is also an incense that produces an effective holy trip. The Talmud describes 16 ingredients of which 12 are psychoactive.

This mixture was burned in a censer at the back of a temple-like structure called the tabernacle. That structure is described in the Bible in intimate detail with five chapters devoted to its construction.

The structure itself contains two chambers: a front room which is accessible only to the priestly caste, and a four and a half meter cubed chamber in the back, called the Holy of Holies. The Holy of Holies – which only the High Priest is permitted to enter – is described as being constructed out of several heavy materials laid over an acacia frame to create a tightly sealed chamber, with a thick veil at its entrance.

“It raises the question: why was the tabernacle constructed in such a way?” Danny asks, “Is it built that way because it’s meant to keep Yahweh in? Or is it meant to give the chamber an air tight seal?” 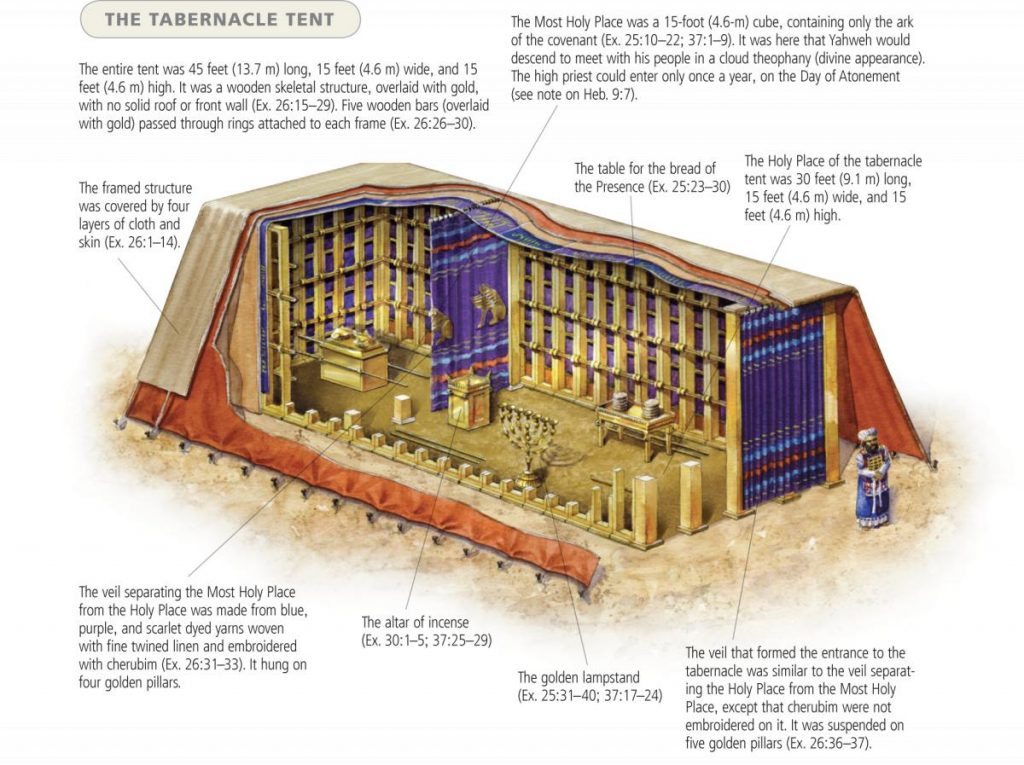 But how do we know these substances were burned for their psychoactive properties?

In order to show that this is all much more than coincidence, Danny points to a line in the Bible which can be translated as:

“Through the agency of the cloud I will appear upon the arch cover.”

“What you were meant to do in the Holy of Holies is talk to angels.” He explains, “And it’s very specific. It’s very clear in the Bible that the cloud itself is what transmits the information.”

He continues with another example from a well-known chapter in which Moses instructs his followers to eat something called Mana. During this time, an entire crowd experiences a collective hallucination and it’s described in the text as:

“And all the people are seeing the voices and the flames and the sound of the trumpet.”

That powerful psychedelic, known as Mana, has a real world equivalent which Danny believes is a fungus known as ergot. As a psychoactive substance, ergot was used in Albert Hoffman’s research when he first synthesized the drug known as LSD. Ergot contains the psychoactive ergine, or LSA, and from this lysergic acid (LSD) can be made and dropped onto blotter tabs that light up our experiences at music festivals today.

Ergot exhibits all of the same characteristics used to describe Mana in the Bible. From its honey-like taste, to its white pellet form, to the incredibly specific way in which Moses instructs his followers to prepare it. First it must be boiled (to separate off the toxic matter), then baked, then crushed into powder.

The careful combinations and chemical makeup of the substances mentioned, make their use either an incredible coincidence or a deliberate attempt to induce mystical experiences. But as Danny points out, their use is far too calculated to be an accident. “There are certainly bits of poetry here and there which attest to the fact that people knew what they were doing.”

In some cases the Bible’s characters even use these drugs recreationally, as suggested by comedian Bill Hicks when he attempts to figure out just what myrrh really is.

“I don’t know what myrrh is,” Hicks says, “but chicks dig it! “Come back to my room baby I’ve got some myrrh.”

In fact, Hicks was unknowingly paraphrasing a real line from Proverbs which reads, “I have perfumed my bed with myrrh, aloes and cinnamon. Come let us take our fill of love until morning, let us delight ourselves with love.”

This line suggests that that myrrh and cinnamon were known as aphrodisiacs and regardless of its use in religious practice, the science is there.

“How do you argue with pharmacology?” Danny insists, “It works on the receptors, no one’s disputing that. No one’s disputing that frankincense is from Boswelia sacra. That stuff was taken 1500 miles across robber infested deserts in order to get to Palestine…It’s been transported to massive distances over long periods of time – what – just for a nice smell?”

What does this say about religious experience?

If drugs are found in various places in the Bible, what can we say about angels and visions? Are we meant to believe that God is real or just a construct of a drug addled mind?

“We want to be a little bit careful looking at scripture and finding drugs everywhere.” Danny says. “There are loads of drugs in scripture, but that’s not to say that there aren’t prophets who see things without the use of drugs.”

Indeed, scripture is full of other mystical practices such as fasting, sexual abstinence, and various forms of spiritual communication. But what are we to say about the drug induced visions? Are they any less of a religious experience than those which are brought about by sober meditation?

“No,” Danny says, “No more than my glasses bring somebody’s face into being. They merely bring faces into focus. The effect of the invisible powers that drive us is always there, they just need a little help to be pushed out of our subconscious mind.”

As Danny pointed out from the start, the Bible’s first line could be interpreted to mean, ‘you are the heavens and you are the earth.’ As a result, divine power could very well be hidden in us.

“I’m not saying it’s a white man with a white beard in the sky that sends these messages,” He says leaving us with a final thought, “but there is something that we can attain as humans which is beyond the normal range of human brilliance and that is what I would call prophecy.”

If you would like to read more about this, check out Danny’s book Neuro-Apocalypse, or watch one of his talks.