World champion surfer Kelly Slater is taking a stand on environmental protection by unveiling a sustainable clothing line made from recycled materials found in the ocean. Having been by the water for the majority of his life, he wanted to find a way to reduce the amount of pollution, and convert the wasted plastics into a marketable product.

Slater, an 11-time World Surf League champion, teamed up with menswear designer John Moore and Aquafil to create his new clothing brand Outerknown, a company that will sell active wear for men with materials sourced from wasted fishing nets and other wasted plastics in the ocean. 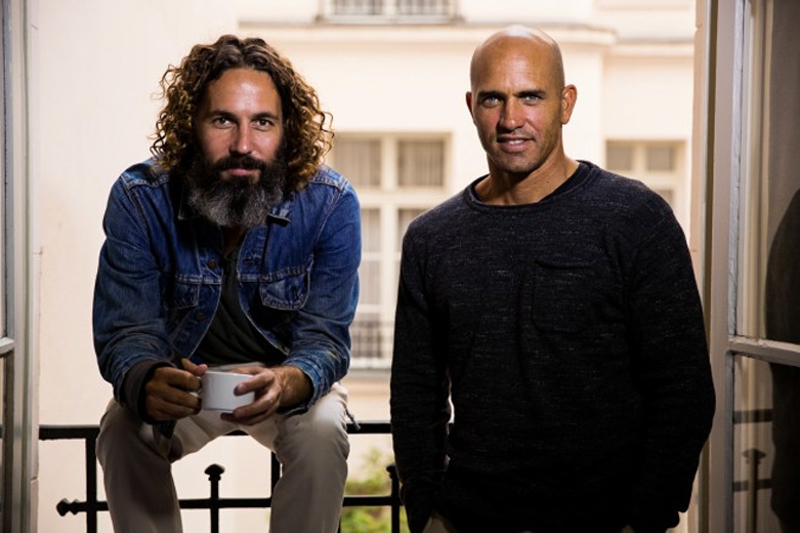 “It’s clear now just how challenging it is for any brand to put sustainability at the forefront of their business and I’m proud that we’re one of the few taking the lead,” said Slater on his website.

Abandoned fishing nets, also known as “ghost nets” are becoming a major concern, as an estimated 640,000 tonnes of fishing gear is lost or thrown overboard around the world annually and account for 10 per cent of marine debris. Additionally, aquatic life such as turtles, crabs and dolphins fall victim to entrapment from ghost nets, killing around 100,000 marine animals every year.

To put wasted ghost nets to good use Aquafil, an Italian company that manufactures clothing for Outerknown, takes the wasted, old fishing nets, cleans them and turns the wasted nets into a new form of yarn the size of thread called Econyl. The clothing is non-toxic, breathable, and 100 per cent recyclable. Should the clothing become worn out, it can be recycled into a new article of clothing.

“I believe we have an obligation to build better products and understand the way our consumption impacts the world around us. In saying that, the focus of our brand is to make a product that has a positive effect on every possible level,” Slater said in an Instagram post.

The main advantage of Econyl products is the sustainability factor—eliminating the time spent cultivating cotton crops and the hard labour used to collect it, not to mention the extensive amount of water used to make a single pair of jeans. The World Wildlife Fund estimates about 11,000 litres are used to make just one pair of jeans, which was a major concern for Slater. He wanted to find a material that was sustainable from beginning to end.

“By collecting the fishing nets that are regenerated into Econyl products, we lessen our environmental impact while also cleaning up the oceans that we love so much—and that unique commitment to sustainability is central to who we are as a company,” Slater said on his website.

The main downfall with the clothing line—which ranges from hats to pants—is the exorbitant prices. With shorts around $125 and T-shirts ranging between $78-$118, the clothing line isn’t very practical for the average consumer, but Slater states that his clothing is “just the beginning,” and plans to better the efficiency and price so that the future of textiles can be manufactured with sustainability in mind in a practical way.