Is a luxury resort on a concentration camp site in bad taste?

Picture yourself relaxing on an island in the Adriatic Sea, with your finest Hawaiian shirt on and a mojito in hand. You’ll be sure to send a letter to your family from the luxury resort. Picking a postcard in the gift shop, you notice, “Wish you were here” makes more sense over a picture of palm trees than a concentration camp. Both are pre-posted from the same address.

Mamula has been an important historical attraction for many years. The site was well preserved and visitors could see old cells that held the prisoners. “Those who do not learn history are doomed to repeat it” clearly hasn’t resonated with the Montenegrin government as they have approved the Swiss-Egyptian company Orascom to fill the 19th-century fortress with restaurants, nightclubs and a spa. The disregard for the history and consequences of unfathomable violence, still confronting people today, has many boycotting the hotel before it’s completion.

The fort in Mamula Island was originally built in 1853 by Austro-Hungarian general Lazar Mamula as part of a plan to prevent enemy ships from entering the Boka Bay. During World War II, the fort was converted into a concentration camp by Italian leader Benito Mussolini. Of the 2,000 prisoners held at the camp, 80 were executed and another 50 passed away from hunger and the horrid living conditions.

Despite the site’s dark history and recent protests, family members of former prisoners are outraged to see plans for the hotel approved. 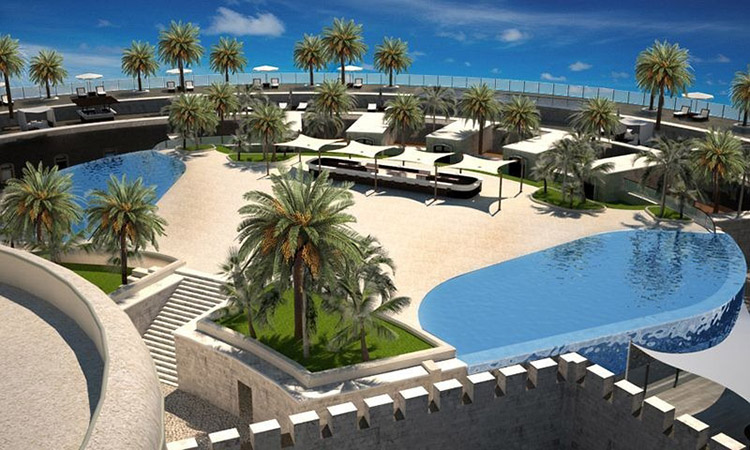 “To build a luxury hotel dedicated to entertainment at this place where so many people perished and suffered is a blatant example of lack of seriousness towards history,” said Olivera Doklestic, whose grandfather, father and uncle were prisoners of the Mamula Island camp.

The decision to transform the historic site was defended by Montenegrin parliament who predicts the project will boost the local economy. The way they see it is rather than leaving a historical site to crumble, the multi-million dollar project will restore the fort for visitors, create 200 new jobs and bring in over $8 million for the state of Montenegro. Would it be okay to turn Machu Picchu into an amusement park to attract thrill seekers or create more lifeguarding jobs in Giza by attaching waterslides to the Great Sphinx?

The developers promised that, “the project will be sympathetic to the local architecture and will completely preserve the historical value of the island,” and pledged to include a museum of remembrance for the victims. However, those opposed to the hotel know an infinity-pool can never replace the importance of preserving history.

“No concentration camp in the world has been transformed into a hotel,” said Doklestic.