Like most metropolitan cities, real estate in Beijing is expensive. So expensive that for young people moving out of their parents’ house, searching for a new apartment becomes a sad game of trying to find one close enough downtown to avoid an hour-long commute, but far enough away from the city core that you’re able to afford rent and other necessities, like groceries. China’s People’s Architecture Office (PAO) may be the answer to millennials’ prayers, as they just built an entire house for only $10,000.

These prefabricated homes, commonly referred to as Plugin Homes, are made with prefabricated panels that can be assembled by a small group of people in only a few hours with a hex key. A hex key is that little tool that is included in any piece of Ikea furniture you’ve ever bought. In other words, this house can be put together with a couple of unskilled (probably angry and yelling) people, fairly quickly.

According to New Atlas, this particular home was built for a young women in Beijing who wanted to live in her parents’ former courtyard after finding the prices of apartments ridiculous and missing the familiar, social life of her old neighbourhood. The structure of her parents’ old house was deteriorating, but rather than taking on the expense of tearing it down and building a new house, PAO offered a Plugin House as an extension.

Plugin Homes can be standalone homes, but in this woman’s case the home instead acted as an extension and renovation of the original structure. PAO homes are designed with proper insulation, interior and exterior details, wiring and plumbing.

According to Inhabitat, the tiny home measures 299 square feet, which is actually much bigger than most units in Beijing apartment buildings. This includes a double-height lounge and kitchen, a roof deck, and strategically placed glazed windows to reduce the need of artificial light and the cost of electricity. The biggest perk may be the composting toilet and shower that PAO installed, because the local area has no sewage system and people have to rely on shared, public toilets.

The total cost of her new humble abode was $10,000 making it 30 times cheaper than a typical Beijing apartment. 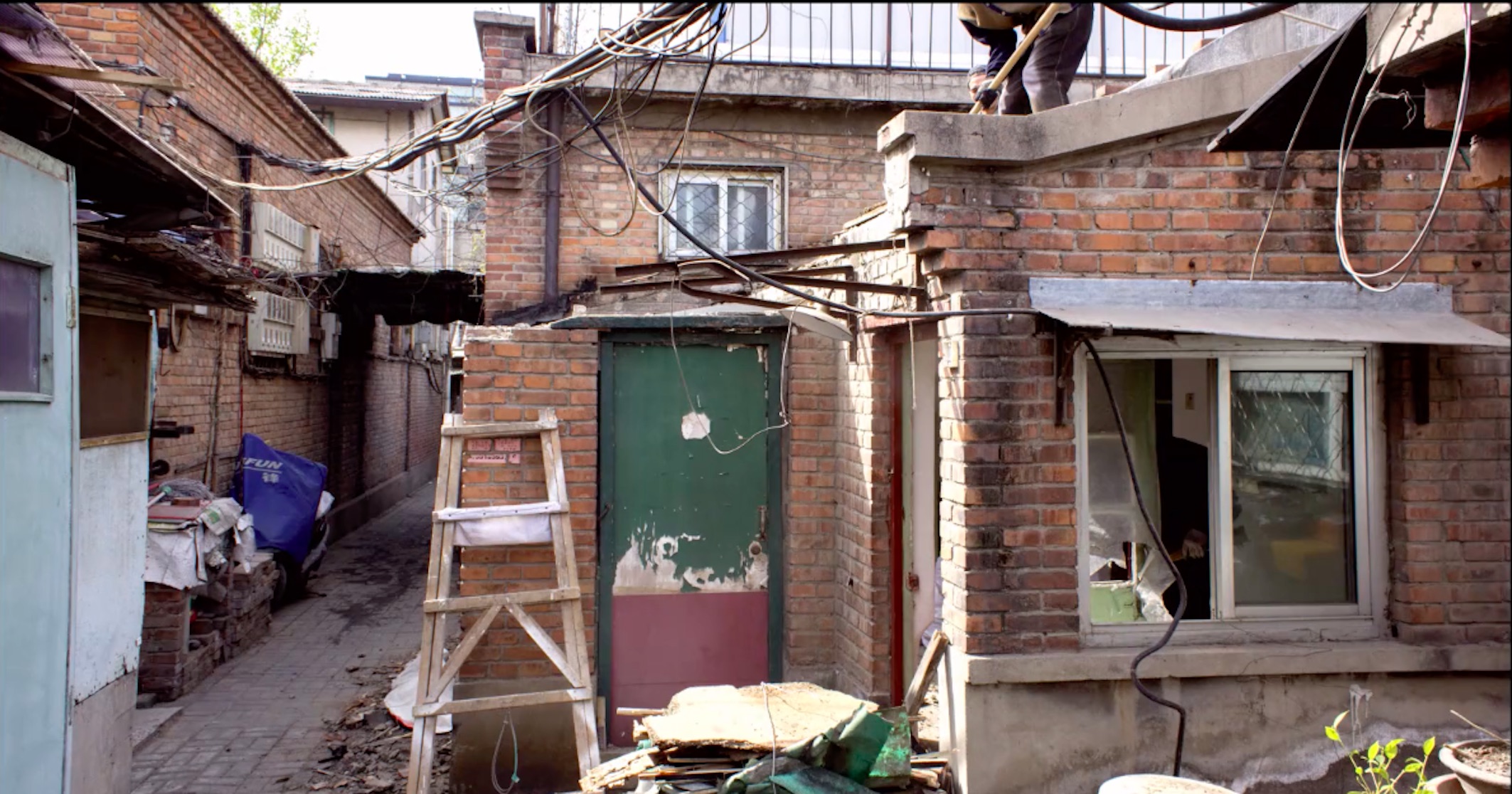 Interior of the original home:

Construction process- the walls are being tightened with a hex key: