I got legally ordained as a priest in 5 minutes

After spending five minutes on the website of the Universal Life Church of Modesto, California, I now apparently know enough to officiate weddings and funerals.

While waiting for my toast to pop on a Thursday afternoon, I killed time by visiting their monastery page and filling out the most basic personal information, certifying I was over the age of 13. The website processed my credit card for the $10 certificate and the hefty $30 shipping fee. Within five business days, I held a legally recognized certificate that allows me to solemnize marriages everywhere but the state of New York.

I did this in equal parts for the laughs (being a card-carrying minister is a great conversation piece) and as an experiment (to see just how far commercialization has gone in the information age).

Even just 100 years ago, to be a certified religious figure that could perform sacred rituals, you had to be something special in the eyes of those around you. You had to read into every minute detail of the appropriate religious texts and histories, with knowledge from the foundation principle to the most high. It was with sufficient knowledge that the authority of the church was shared with you. You were dressed in the uniform of legitimacy and everyone that needed guidance was directed to you, the wise aid. Members of the world’s religions safeguarded everything from history books to sacred dates, and they stood right in the centre of almost every human community on Earth, as pillars that supported culture and morality.

Now, I’m an ordained minister of a legally recognized church, and I did it while in my underwear sitting at my kitchen table.

The rightful case for religious freedom (in Western Christianity) began with John Wycliffe, but it wasn’t until John Calvin and Martin Luther led campaigns criticizing Roman Catholicism that the Protestant Reformation actually accomplished the schism it sought. Later, the Rule of Law overtook the rules of any church in America following Thomas Paine’s pamphlet, Common Sense, in which he wrote, “The law is king.”

These historical moves helped transcend religious conformity, granting us the freedom to decide what we believed. We can decide whom our Gods our now, and, even more powerfully, whether we believe they even exist.

Recent data analysis by Allen Downey, of the Olin College of Engineering in Massachusetts, suggests that Americans, who live in one of the most religious countries in the entire world, are losing their religion—and it’s likely because they’re using the Internet more. 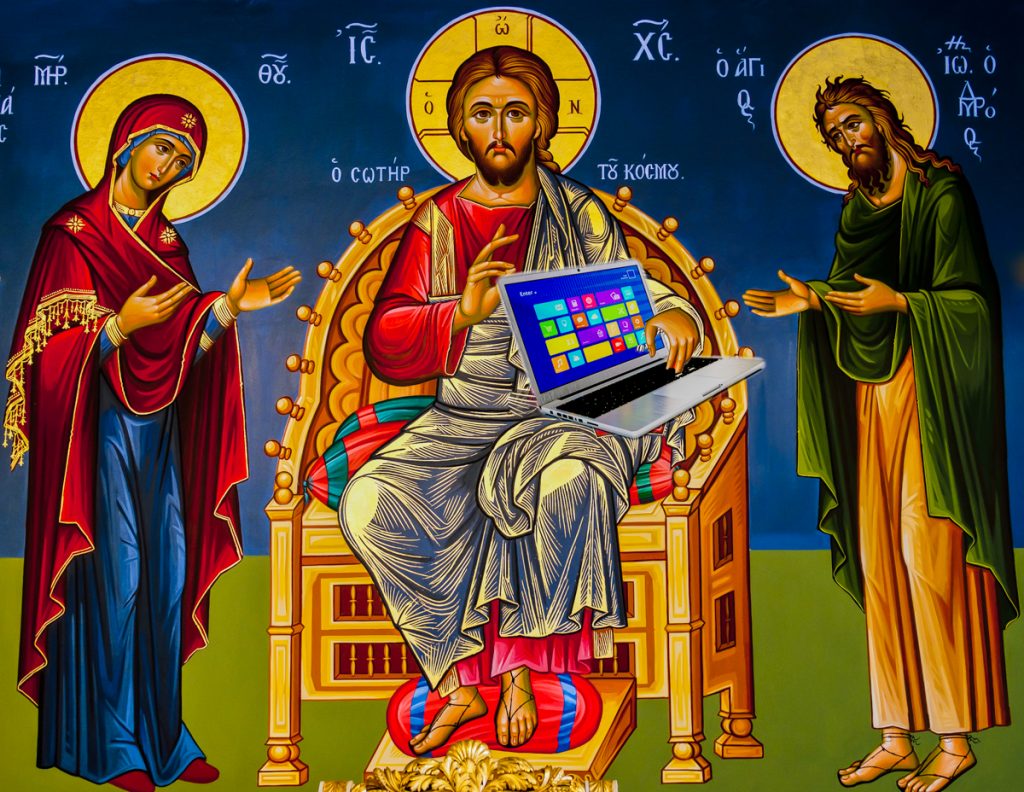 Almost every argument for or against religious practices exists on the Internet eternally, making a lack of an Internet connection the only real excuse for not being exposed to ideas that challenge your own. The trouble is that, although the Internet is a platform for the democracy of information, it is also a stage of vast misinformation. From popular Buddhist forums to the hilariously hateful doctrine of The Westborough Baptist Church, it is hard to know what to believe, especially for those still developing mentally. Just this year, two 12-year-old girls lured their friend into a forest and stabbed her 19 times as a sacrifice to fictional Internet character Slenderman.

My new fast friends at the Universal Life Church seem like the perfect face for evolving spirituality. They’re interfaith, having no doctrines, and encourage religious freedom and tolerance. They encourage their followers only to “do what is right.” The ULC’s founder, Kirby J. Hensley, was a man whom many would sympathize with today. Before founding the ULC, he left the Pentecostal Church to quench an unsatisfied spiritual need. He began diving into religions, Gods, and sacrilege to find a place he was more spiritually comfortable. Hensley founded the ULC when he came to the conclusion that all faiths and beliefs were viable and hoped his project would promote unity among all people everywhere.

While the foundation of the late Reverend Hensley’s Church may be noble, I doubt that he envisioned an online ordination program that would serve as a parody to the millions that have used it.

This is the 21st-century commercialization of religion, the Internet extension of Super Churches with onsite gift shops and the catalogue television channels selling religious memorabilia. With the gift of religious freedom, so comes the burden of free enterprise. The inherent danger is that people begin to identify with the marketable product more than the spiritual concept. It is much easier to purchase than to understand.

With the increasing number of youth choosing to be secular over spiritual, the question of causation remains: Is it because, like Hensley, youth are coming to the conclusion that all religions are conceivable? Or is Google the new God?