Though 9.1 billion land animals are  killed yearly in the United States after being segregated from their families and incarcerated in warehouses like mass graves, this is not the reason that I chose to become a vegetarian.

Forty-five years after the publication of Animals, Men and Morals, the world’s appetite for meat has increased substantially. It is expected that by 2016, the average American will consume 213 pounds of red meat and poultry per year. Moral arguments for the rights of animals are nearly bulletproof, so why have they been largely unsuccessful at creating visible social change? The reason might lie in how the discussion has been philosophically framed. It’s doubtless that years from now we will look back at the blood-stained archives of human action and think “how could we do this?” But the chapters of American domestic and foreign policy have always been driven by national interest—empathy is an afterword.

The global population is expected to increase to nine billion people by the year 2050, from seven billion today. Currently, livestock covers 45 per cent of the earth’s land and is responsible for 70 per cent of global water withdrawals.

But here is a stark reality— as increasing amounts of land are cleared and natural water systems are diverted or depleted, lush greenery and vast delta will give way to sand. Currently the raising of livestock, notably the massive amounts of grain and soy needed to raise a full-grown cow, is the leading cause of desertification. But this isn’t just an environmental issue to be embraced by green-washing brand labels in the aisles of your local supermarket—this is an issue of food security. It is not a far stretch back into American history to recall a drought that overtook 75 per cent of the country and crippled 27 states. The Dust Bowl was the worst drought in U.S. history and caused mass exodus and mass poverty. It was the direct result of unsustainable farming practices. 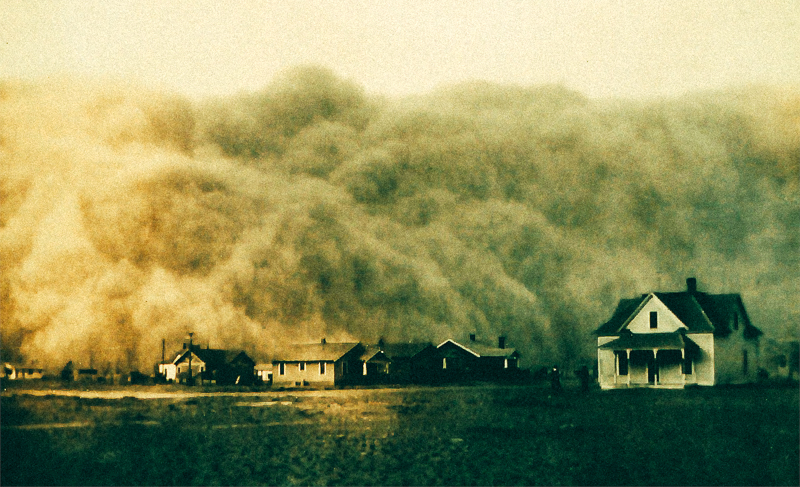 Before politics and even religion, diet is the most dangerous land mine of 21st century conversation. Because unlike religion or politics, the enemy does not stand at a comfortable distance. Before signing the Emancipation Proclamation, Lincoln wrote: “We must free the slaves, or ourselves be subdued.” What he was referring to was an argument that allowed him to gain popular support for the disbandment of what was then a major part of the American economy. He knew moral persuasion could be logically sidestepped. But if emancipation of the oppressed was seen as a military strategy (which it was) then moral relativism would be forced to submit to the national interest and the outcome would be just the same.

Whether wielding a steak knife or chopsticks like daggers, I’ve seen both meat-enthusiasts and vegetarians act with similar tyranny at the dinner table. And although they value the sentience of animals differently, all humans seek to avoid suffering. This is why I didn’t become a vegetarian to save the animals. I became a vegetarian to save my children.

Currently, animal agriculture is responsible for 14.5 per cent of annual GHG emissions worldwide. But based on population trajectory and the world’s current lust for meat and convenience foods, this number is estimated to increase by 80 per cent.

According to an interview by Prof Tim Benton at the University of Leeds, “The biggest intervention people could make towards reducing their carbon footprints would not be to abandon cars, but to eat significantly less red meat.”

And while apocalyptic statistics can be numbing, should we choose to put them on a minor mental shelf, American excess will give way to malnutrition. High-meat diets cause double the climate-warming carbon emissions of plant-based diets. For every 1.8°F increase in global surface temperature, we can expect a 10 per cent decline in the world’s major crops. Assume that a full stomach of meat now will be the footnotes of a growling stomach in just decades.

Americans consume 35 pounds more meat per year than they did in 1965. But there has also been an equally dramatic increase in lifestyle diseases, such as type 2 diabetes and coronary heart disease. Feeding a young child a heavy diet of meat is much like putting a pack of cigarettes on the kitchen table. Both smoking and meat-eating have less to do with human health and more to do with cultural and personal addiction. Both are proven to cause adverse long-term health effects. Of course there is one major difference in my comparison— the second-hand smoke of meat-eating affects a much larger percentage of the population.

The horrors of industrialized death are well documented. Humans maintain a global herd of 60 billion animals for slaughter. So why do the vast majority of humans react with indifference inside grocery stores and restaurants? The answer is found in national museums memorializing regret. It is why President Roosevelt stood still for 14 months when he knew the extent of the mass genocide of European Jews in 1942. It is the same reason why President Clinton did nothing to stop the death of approximately one million Rwandans. Empathy is an afterword.

The conversation about how to liberate animals should not start with the animals we are killing, but instead with how we are killing ourselves. When animals are no longer hidden by steel inside isolated factories, when the first impression the average American gets of a cow is not as a raw material in a grocery store refrigerator, then will be the time to dismantle the false embrace of speciesism. But until then, I will be a vegetarian out of self-interest. Because distance dictates importance and if the history of American society tells us anything, it is that self-interest is by far the quickest route to collective action.