For 7 years this vagabond collected 1,000 stories from strangers who helped him on his journey

Home » For 7 years this vagabond collected 1,000 stories from strangers who helped him on his journey

All photos by Gabor

Gabor hasn’t had a place to call home in over seven years. Instead he has spent those years backpacking the world and meeting new people.

Gabor decided to document his journey through the stories of others. People I Meet is an ongoing project – similar to “Humans of…” projects –  that showcases over 1,000 stories and 3,000 portraits from the various people Gabor has met over his seven-year journey. His travels have taken him through Europe, the Americas, Africa and Asia.

The stories range from touching and inspirational to heartwarming and hilarious to just plain heartbreaking.  The stories aim to document our shared humanity and provide an exchange and sharing of culture. In doing so, the project promotes tolerance and gives hope to a world that is united.

According to Global Times, Gabor has managed to sustain himself financially by being very careful and efficient with his funds, and relying on the kindness of strangers. “I’ve received tonnes of help from people who would let me put up my tent near their homes or even sleep in their houses, give me a ride in their vehicles, share their food, etc. Also, I saved up some money working while a student – to my amazement, the money I started with lasted for several years.”

Gabor says he will keep doing this for as long as he is able to walk. His work is important to him and he believes that the sharing of stories is necessary for humans to achieve unity with one another.

“I am sure that if we love fresh air, want to drink clean water, eat tasty food, have healthy kids in the future, or just simply trust each other, something must be changed about our priorities,” said Gabor to The Daily Ledge. “I believe it’s simple, and when the will is present in all of us we can realize many things by ourselves individually. It has a lot to do with the ability of thinking freely, devotion, our conscience and education. If the majority of us on this planet could agree on priorities that could secure our very existence in the future – then the first step is unity. And in order to unite, we should know more about each other.

Below are some of the stories that Gabor has collected over the last seven years. To follow his journey, be sure to check him out on Facebook and watch a video about his project here.

What do you want to be when you grow up? 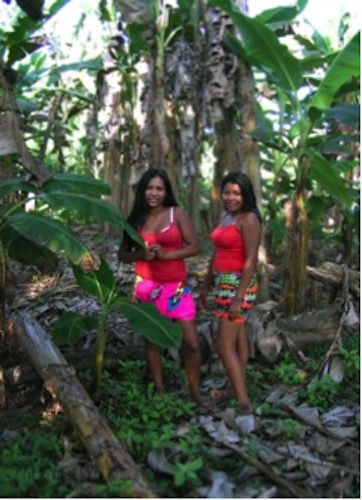 “We don’t use money in our community.”

“Well … there are some guys who go to work in the capital to be able to buy stuff, but most women can’t get out of here. Everything is based on sharing. The bananas or the yuccas are all cultivated by everyone and sometimes the boys take them down to the beginning of the road on boats in order to sell them. The little money they bring back is then shared between all of us.”

“The construction also works like this. If someone needs a new home all will come and help to build it. This is how we made the basketball court and also the largest ‘palapa’ where the Chief lets you sleep.”

How do I define family?

“It’s my friends, my country, my city. And family is something worth fighting for. I will spend my life trying to help people. Because a simple “thank you” or just a smile is something that is pushing me forward. And moving forward is really fucking important.” 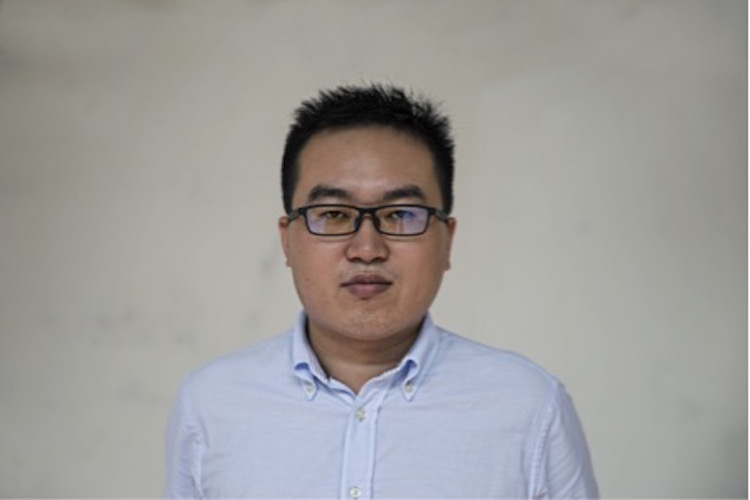 “I was the second child of the family and in order to avoid problems I was sent to my aunt’s house right after birth. Until I became five years old, I thought my aunt was my mom. My aunt and my uncle were much older than my real parents and I must say they treated me even better than their own grandchildren. I had a pretty happy life until I was picked up by my own parents.”

“My father was an alcoholic, he would drink every day, get drunk several days every week, and then he would get mad. My mom was always stressed and I hardly ever saw her smile. Most of the time they were just fighting and they would often spread their anger on me and my brother, especially my father, when he beat us. In his opinion the children should never complain about anything.”

“I’m 29 years old now and I’ve never been in love. Going back and forth between these two families makes it impossible for me to trust and rely on anyone. I’m also pessimistic about relationships and marriage due to my family tragedy I had to face. I think perhaps I will be alone for the rest of my life. At least this way I won’t have the chance to become one of those whom I hate the most. In fact it’s not so bad because if you don’t hurt others, you won’t get hurt either.”

“I wish all parents could be kind to their children. Please don’t hurt them in the name of love.” 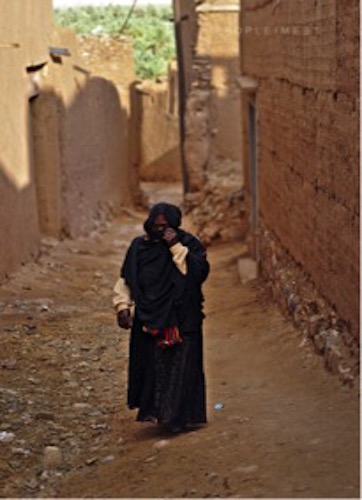 “I won’t tell you my story because it’s sad, but I can tell you my dream. I dream of a place which I can call home where no one will make me feel that I don’t belong there.” 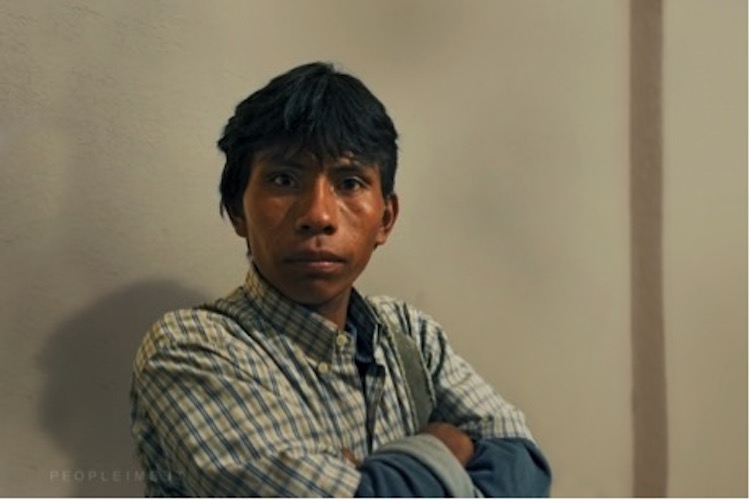 Why are your eyes so red?

“It’s allergy to the strong sunlight”

“You know it’s said that our tribes lived in the forest below thick forest canopy for thousands of years, so we developed a special kind of vision in the darkness. It’s only recently that we cut down all the trees and created this city where lots of sunshine comes in.” 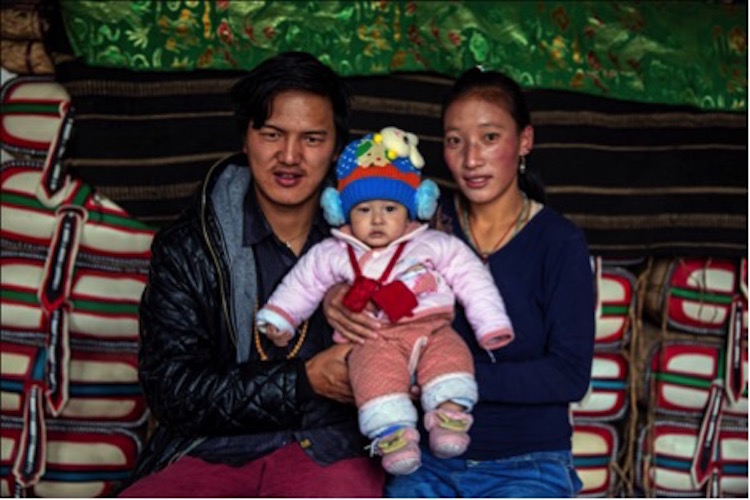 “One day I wanted to call a friend but instead I dialed a wrong number. Some girl picked it up and I could tell she was really sad. I became curious and I also wanted to cheer her up so we started to talk.”

“She said that she was walking in circles around the temple in her home town in sadness, because her sister died.”

“We kept talking for the next few days and later for several months until one day I decided to visit her. It was then that we married and when I moved here to the most western tip of Sichuan. We had two babies, but the first one didn’t survive. Since then we gave a lot of money to the monks to prevent the death happening again.”

“Our daughter is five months old right now and we pray everything goes well this time.” 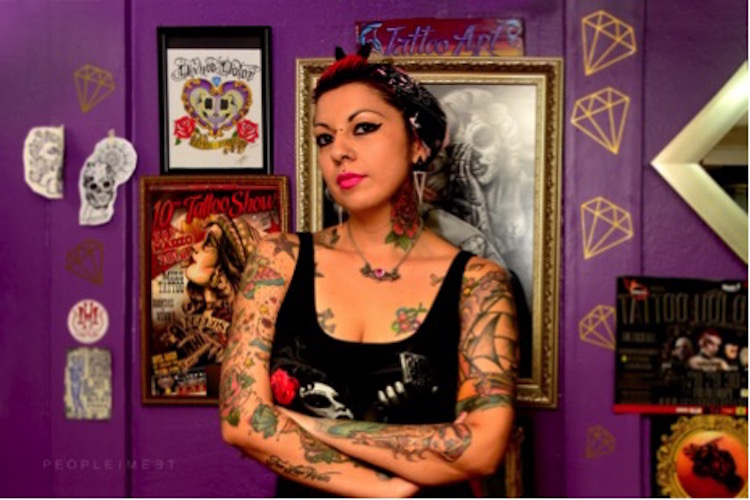 “In my country, institutions and laws have been used to cover up heavy crimes against the people. The recent disappearance of 43 students revealed that there were even more crimes committed by the state than projected. “These public services” which should serve our society have shown that they do the complete opposite of what a society should stand for. In Mexico many human rights have been violated and the existing social inequality just demonstrates the great corruption and impunity that is allowed under the government.”

“Today we are afraid of this corrupt leadership that wants us to privatize the whole country. We live in constant fear and we have become really tired. Our only hope is to take it to the streets, urging children, teachers, students, doctors, mothers, fathers and the elderly to stand up. We also shouldn’t forget – in Mexico social protest is a crime to be paid by freedom or your own life. 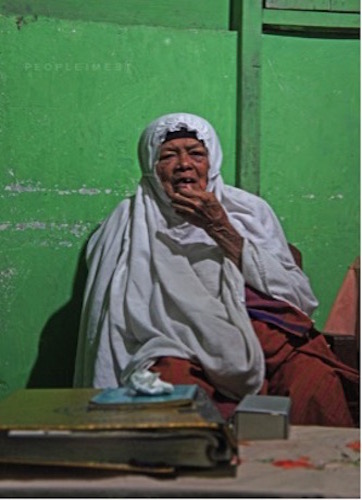 “The first time I [saw] a foreigner was probably 40 years ago. It was this huge white man with golden hair walking calmly through our town. Everybody was screaming “mister,mister” and came out of their homes. I remember that me and my friends were watching him the whole time while he walked on our street, until he completely disappeared. After that I [hadn’t] seen a tourist for the next 20 years.” 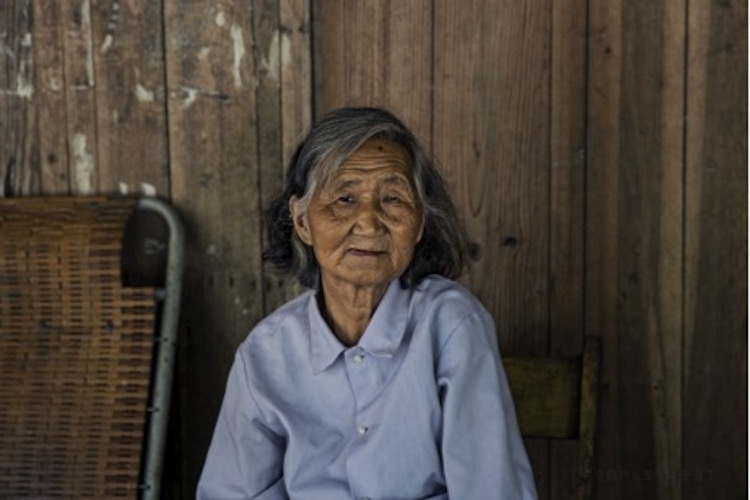 What is the most important thing in life? 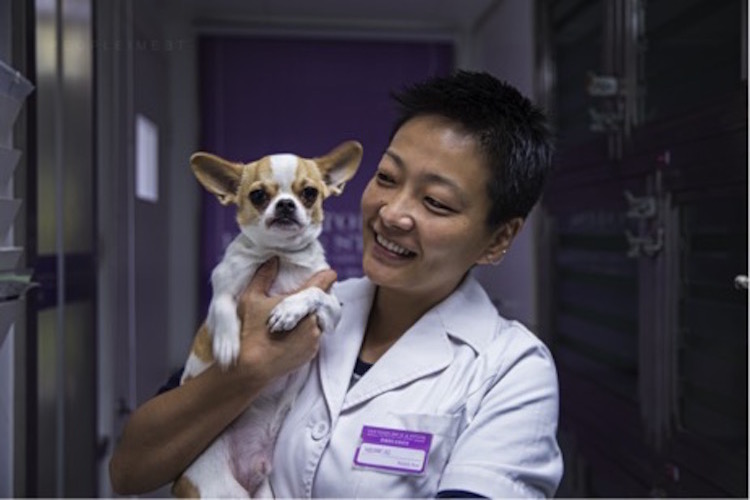 “We rescued these dogs from the slaughter at the Yulin Dog Meat Festival.”

“The teams included vets, Chinese monks, relief organizations and other volunteers who together helped with this huge rescue operation. Animals needed cleaning, feeding, vaccinating, veterinary care and triage, and despite the distance, heavy traffic and protests, everyone worked together as a team with the priority being the welfare of the dogs. Animal welfare is an important topic in China and all other countries and open discussion about sustainable ways to increase welfare in ALL situations is needed. To help with these situations we need positivity and encouragement of all those people working tirelessly to change the lives, not only of those animals rescued recently, but also to prevent future cruelty.”

“These dogs are a little bit dirty, they need to be cleaned. Most of them are gentle, just a little bit scared. If you live in Guandong or in the area and you consider getting a pet, all of these dogs and many more are for adoption. They really need a new home, and reliable humans who won’t screw them over.”

Met on a ferry from Nuweibaa to Aqaba [EGYPT] 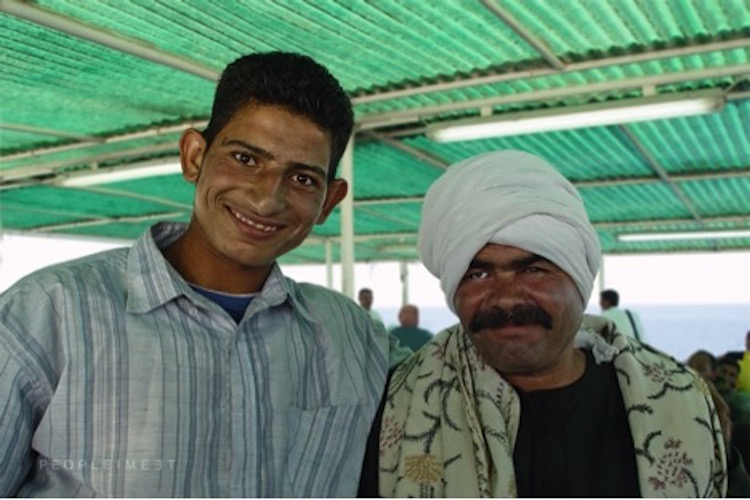 Look he has one glass eye! “…Yeah and look he is mute.”

“We are working in Jordan and since people always mock both of us, we became close friends.” 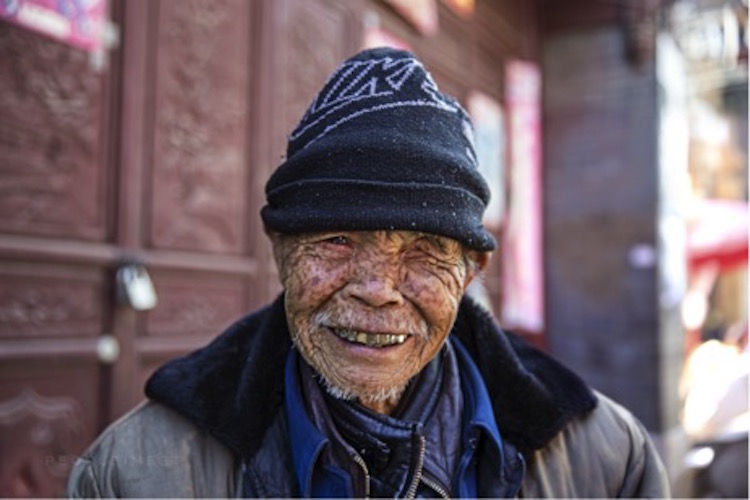 “My father died in the war and when I wanted to join the military myself and revenge him, I wasn’t accepted because of my eye. I lost it [when] I was a kid. Apart from that I lost my first wife and also my own son, together with my land.”

“My son always begged me for money and one day I decided to sell all of the farmland we had in order to help him out, but soon afterwards he disappeared with all of the money. He never cared to come back and take care of me as he promised, and I have no idea where he is now but I suspect it’s his wife [who] is behind all of this.”

“Since I was left with no money and no farm I had it really hard just to survive, since I couldn’t grow any food anymore. Luckily I have found a woman who took me in and whom I married later.”

“Anyway, tell the people out there that life might be hard sometimes, but no one should ever give up! Living is good. Being able to live here in fact is amazing. Be always positive.”

I am sorry, you are crying!

“No, no my friend, it’s just allergies.”