The Jetsons has been giving kids dreams of flying cars since the ’60s, but the reality of aerocar technology has always been considered part of that vague, hopeful era known only as “the future.” Well, the future may be closer than we thought.

Many companies around the world have spent years developing the technology required for aerocars. The most promising developments at the moment are those from the following companies: Airbus, AeroMobil, and Terrafugia. Each of these companies has had success with prototype construction, and hopes to be manufacturing commercial models in the next decade.

Airbus is one of the largest aerospace companies in the world. Based in France, it is known for having constructed “the world’s biggest and most spacious passenger aircraft,” the A380. Lesser known is the Vahana project, which aims to provide “a self-piloted flying vehicle platform for individual passenger and cargo transport.”

The Airbus Vahana is designed to carry cargo or a passenger. 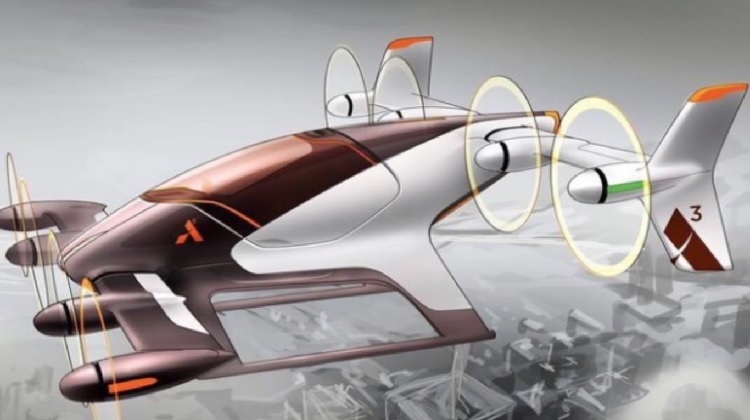 Though the project only officially began in 2016, Airbus is expecting to test-fly the first prototype by the end of 2017. Rodin Lyasoff is the CEO of A3, the “advanced products and partnerships outpost” of Airbus. He has said, “In as little as ten years, we could have products on the market that revolutionize urban travel for millions of people.” Though the Airbus Vahana is an interesting concept—a flying taxi that will let you overcome the gridlock of rush hour—there are two things that the AeroMobil design has that make it more intriguing.

Unlike Airbus, AeroMobil is not a well-established aerospace company that is expanding into the aerocar industry. Instead, AeroMobil is “an advanced engineering company that is commercializing a sophisticated flying car.” The company, based in Slovakia, was specifically created for the invention and creation of its flying car, which is now in the prototype stage. According to its website, the AeroMobil 3.0 “has been in regular flight-testing programs in real flight conditions since October 2014.”

The AeroMobil can be driven and flown with only a standard driver’s license and a Sport Pilot License.

One of the two main advantages the AeroMobil has over the Airbus Vahana is the fact that the AeroMobil has wheels. It is a true flying car, able to transport people both in the air and on land. It even runs on regular gasoline, and it converts from its flying to driving configurations in under a minute. The other advantage is that this vehicle is being designed for private use, rather than public service. It combines “a luxury sports car and a light aircraft in a single vehicle.” Though the price tag of “several hundreds of thousand Euro” will prevent this mode of transportation from becoming too popular in the immediate future, the cost will inevitably drop as the technology becomes more mainstream. AeroMobil is expecting to begin delivering its products to customers “in the next two or three years.”

Terrafugia, like AeroMobil, focuses solely on the development of aerocars. As it says on their website, “Terrafugia’s mission is to create practical flying cars that enable a new dimension of personal freedom.” Also like AeroMobil, its vehicles are designed both for flight and for road transportation. The company was founded by five MIT graduates, and is based in Massachusetts. The Terrafugia Transition, currently in the final stages of development and expected to be on the market in 2019, is a gasoline-powered light aircraft with foldable wings that make it street legal. Though not as sleek as the AeroMobil, it will likely be much more affordable.

The Terrafugia Transition is meant to prepare the world for flying cars.

Terrafugia’s ambitions don’t end there, though. Its ultimate goal is the TX-F, an “an all-electric flying car with vertical takeoff and landing (VTOL) capabilities and computer controlled flight.” Terrafugia expects the TX-F to “bring the flying car to the masses,” but it has to overcome some pretty high hurdles in “technology, regulation, and infrastructure” before it can become commercially available. Their current estimate is that the technology is still “a generation” away.

The Terrafugia TX-F will “bring the flying car to the masses,” though the technology is still in development.

Though the first models of flying car will require a Sport Pilot License to fly, advancements in computer automated flight is expected to reduce the required certifications. Both the AeroMobil and the Terrafugia Transition will only require a standard driver’s license for use on the road.

Flying cars could well be available by the end of the decade. The future is now. Are we ready for it?