How having a family member with AIDS changed my childhood

I was about to turn 18 when I first got the news that my uncle tested positive for HIV/AIDS.

It was after my grandma got a phone call from one of my uncle’s friends and started getting suspicious about why he was suddenly losing a lot of weight. She confronted him and got severed by the truth—the most painful truth that my family has ever had. The following year was the most difficult and challenging period of our lives.

We were all confused by the ordeal. We didn’t know what to do. I remember all of us scrambling to find information on the Internet regarding the virus, searching for any type of drug to help ease his pain. Every time one of us read something about experimental treatments, it would give us hope that we could be with my uncle for a bit longer. However, there was no denying that there was little chance for him to live through the following year.

Being in a predominantly Catholic country with many people uninformed about certain illnesses, we were instructed not to talk to anyone about this. We were trying to protect my uncle—a nurse and a respected member of the community. He graduated with two degrees and was planning on taking up his masters, and eventually a doctorate. While lying on his deathbed, he even told my aunt that once he got better, she has to accompany him and help him look for a job. By that time, he was already going blind, but his determination was still there.

There are no exact or definitive figures about how many people in this country get affected and die because of the virus yearly. All we know is that most people are uninformed and shun those who are affected. I don’t have any hope that this country will ever improve. In the hospital ward where my uncle spent his last days, the doctors and higher nurses were mean to the patients. They didn’t go near them and always sent in clueless interns to administer shots. Once, I wanted to hold the head nurse by her throat after I heard that she scolded my dying uncle and scream into her face, “Hey, you’re working at the HIV/AIDS wing of this hospital! Do you even know what the disease really means?!”

I didn’t visit him during his first few days in the hospital. I didn’t want to see him looking like that. He used to be this tall, bulky man who always had a smile on his face. After getting confined, he grew skinny and fragile-looking; his eyes went dull. I finally decided to visit him after receiving my very first paycheque. I went to a nearby mall with my cousin to buy him all of his favourite food: fried chicken, Wendy’s Frosty shake, fruits, chocolate bars. I was happy when I got there—but he was happier to learn that I had come.

He asked me to come closer and give him a hug. He began crying and told me about his memories of taking care of me as a kid. He called me his “first baby”. I am someone that rarely cries, but this recollection made me break down. Later, he bragged to the other patients in the ward, telling them how I had visited him and brought him his favourites. My grandma told me that this lasted for days.

Three days later, I went back to see him after school. He was intubated and could only communicate with moans. It was on a Friday, noontime. My grandma and grandpa were watching over him. I wanted to cry, but I just told them that I had to leave immediately. For the next few hours, I took care of my other cousins and did chores so I could keep my mind off of my uncle. At around 5 PM, I got a text from my aunt. She asked me to bring the kids (Aged 13, 7, 6, and 4 at the time) to the hospital because they didn’t know how long he would last, and wanted the kids to say goodbye. 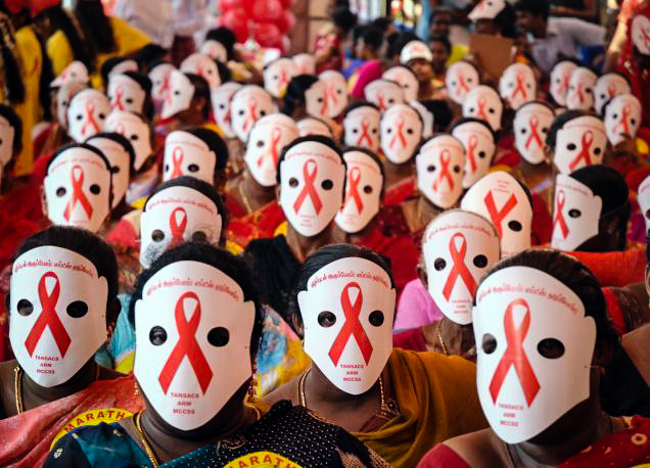 Imagine this, an 18-year old with 4 kids in tow, walking mindlessly through a crowd towards a hospital. I remember that moment clearly because the younger kids kept asking me where we were going and why I was crying. They didn’t let the younger kids in (we left them outside with my other uncle) but they allowed my 13-year-old cousin and me into the ward.

I begged him to hold on – until Monday, at least. That was the earliest day my mom could fly out to see her younger brother and say her goodbyes. Deep inside I was hoping that if he saw my mom, his condition would improve. The next morning I woke up to my other uncle entering my room, shaking his head and holding back tears. He was gone.

The next week was chaotic for the family. We had to plan the wake and the cremation. I was surprised that there was actually some sort of government protocol on how to prepare and dispose of the body of an AIDS patient. His casket had to have reinforced glass and it was mandatory for him to be cremated. This was the first we’d heard from them since my uncle was ailing. The government only cared about their people when they’re dead.

People make the choice to remember him in a negative light. For me, that’s fine. They didn’t know him. However, I would prefer it if they didn’t say anything at all. It still hurts, and it will continue to hurt because I didn’t get to spend enough time with him. Friends and family have been supportive during those tough times, but there are still some days and nights when the thought of being judged consumes me.

Here’s some unsolicited advice: if you’re suffering from HIV/AIDS, take the proper precautions and make sure that you get the medical attention that you need. Be proactive in taking the proper medication and seek help from a hospital that has an AIDS/HIV department with a dedicated medical staff. On the other hand, if someone you know has the virus: be there for them. Don’t shun them. Don’t say anything that can make them feel hopeless. Be there 100% and make sure that they feel loved.

It’s still a long ways away before a cure is found. For now, all you can offer is solace in your strength.