Long before internet culture claimed cats as its official mascot there was born a town dedicated to the little hair balls.

In Kuching, Malaysia there are cats everywhere, in front of court houses, in the center of roundabouts, and scaling buildings. At the border between the Northern and Southern parts of the city a two and a half meter tall white cat sits waving at you. Of course these felines are statues and paintings, but the reason for there presence likely comes from the real thing.

One legend explaining the prevalence of cats in the city dates back to 1839 with the arrival of the first English Rajah of Sarawak named James Brooke. The story goes that he pointed towards the town asking for its name, a local thought he was pointing at a cat and replied ‘kucing’ and thus the city got its name.

Others think that the city was named that because of cats that would linger by the Sarawak River that runs through the city, or due to a tree that produced a fruit called mata kuching which translates to ‘cat’s eye fruit.’

Whatever the origin of the name, the city has fully accepted there title and ingrained it into their culture. There are references to felines everywhere, beyond all the visible statues, students study at ICATS (the International College of Advanced Technology Sarawak), the radio station is called CatsFM, even the city’s crest has cats in it.

The city also boasts a cat museum with 4,000 artifacts and information about the history and importance of cats in the region. The diverse population of Kuching is home to many Chinese, Indian and Malaysian residents, all of which are known to regard cats highly. For the Chinese, they’re a sign of good luck and in Islam they have long been respected.

For the local Borneo population cats have played the role of helpers before. In the 1950s there was a vast spread of malaria in the region, the government spread the insecticide DDT to try and kill the mosquitoes, but this also had the effect of killing many of the islands cats, so the rat population began to grow and thus the plague started to infect the population. As a solution the United Kingdoms Royal Airforce  executed “Operation Cat Drop,” dropping 14, 000 cats from the sky. Whether this story is true, or another dramatized tale, it adds significance to the local reverence of felines.

This urban landscape of feline appreciation makes for a unique destination, as long as you’re a cat person. 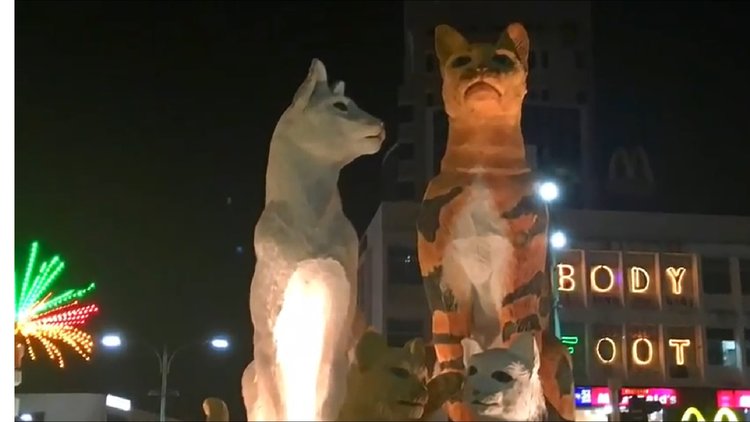 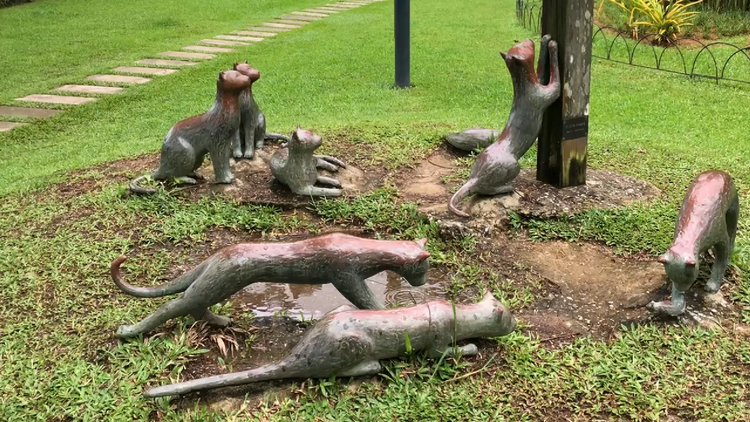 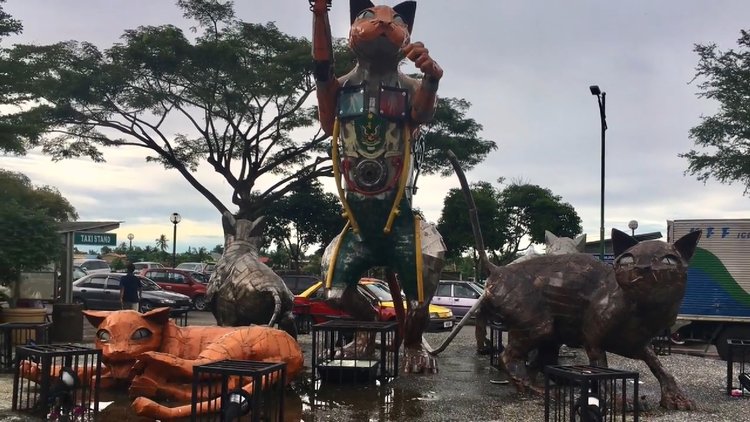 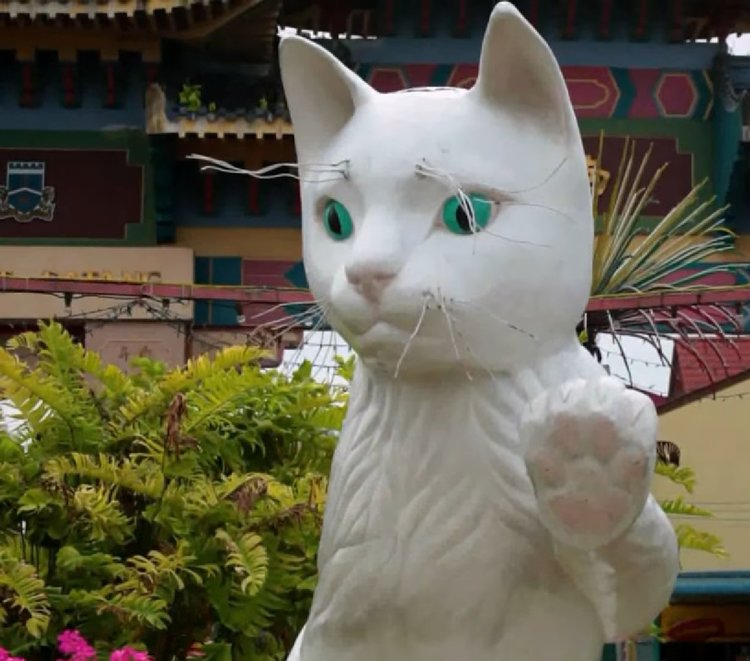