Rylie,3, Rheann, 6, and Ainsley, 4, gracefully hold on to each other while smiling into the camera. The girls were once strangers but, “bonded instantly,” when the darkness of cancer brought them together.

Scantling was inspired to photograph children after watching her step-dad losing his battle with lung cancer and her friend’s son passed away from cancer. “I decided I wanted to take a portrait that would speak a thousand words at a glance and would draw emotion,” said Scantling.

The portraits started to be an annual event celebrating the girls fighting another year.

“At the 1-year mark we just decided to go ahead and do another picture just so people could see that they were still cancer-free,” said Scantling. “It went crazy like the first ones did so it just kind of became an annual thing!”

“Rheann was still very ill with an unsure future,” said Scantling. “She was declared cancer-free just a few short months later to the today.” 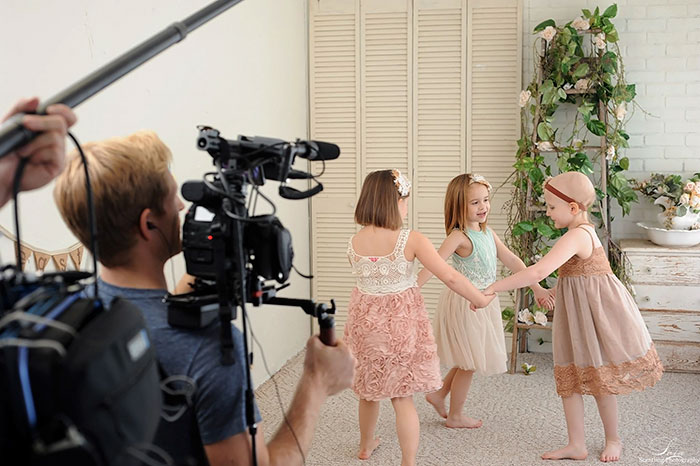 All three girls had different types of cancer, but they are all now cancer free.

The most recent picture of the girls, now in 2017

“Yeah, and chemo is the prince,” Ainsley responded.