Designer and co-founder of Vimeo, Zach Klein, needed to step out of the blue cast of his computer screen, and decided to purchase 55 acres of untouched tranquility in upstate New York. There, he spends time with family and friends building a cabin of his own while basking in the unplugged and undemanding wilderness. To keep motivated during the project, Klein started collecting photos of his favourite Nature retreats and began posting them in the blog Cabin Porn, which has recently been curated into a book published by Little Brown with the help of Noah Kalina. He hopes this will inspire people to tie up their boots and step into the crisp scent of freedom that only the smell of dirt and pine trees can release.

The blog has had over 12 million visitors in the past year and frequently Klein is overloaded with emails of users who claim that merely staring at a photo of a rustic cabin in the woods is therapeutic. This claim however is not far removed from the basement-dwelling mentality of Porn-hub subscribers; just simply replace the glistening ass of Jenna Jameson with the sweet voluptuous breasts of Mother Nature. Though spending time crafting alternative existence is something we should all take part in, we cannot let our cabin fantasies remain as midnight photo binges.

Disconnecting is essential to maintaining sanity in our technology and cubicle ridden world, sometimes it is nice to turn off my 8 a.m., “rustling trees and autumn mist” alarm tone, ditch the cellphone, and go experience the actual thing.

The truth is that idealism is not the enemy of realism, as long as it is tempered with action. The book provides you a goal to work towards, and Klein has opened up a school at Beaver Brooke, where those interested in going off grid can learn self-reliance and how to build a house from scratch in only a few days. The best part he says, is that building a cabin is affordable – in Upstate New York you can buy an acre of land for a mere three thousand dollars. 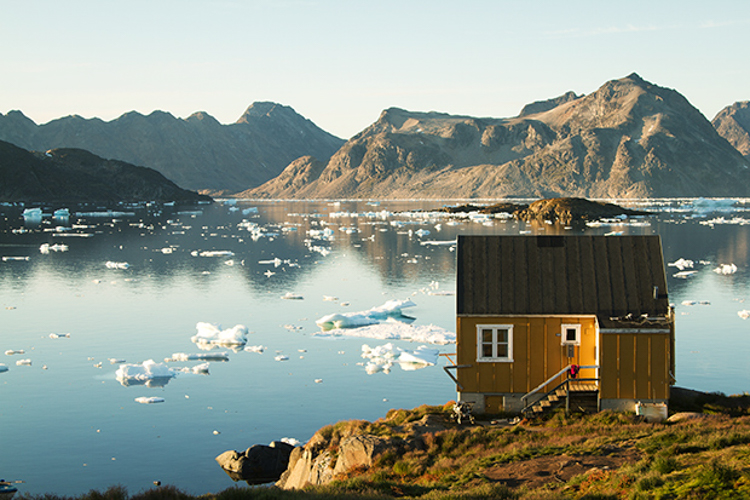 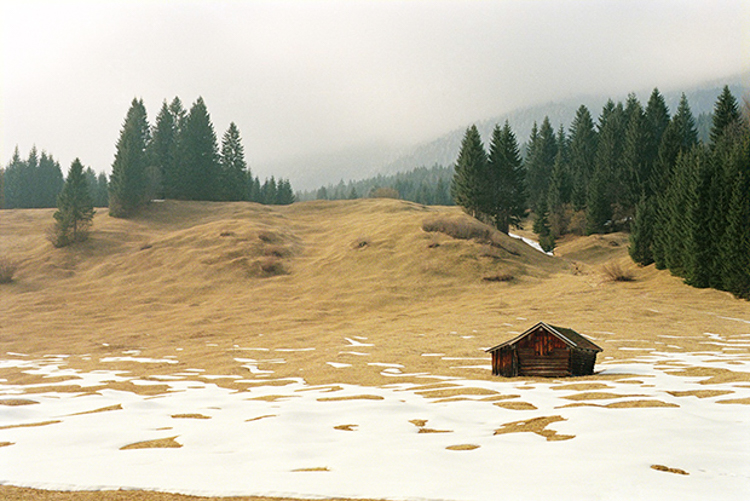 Germany, near the Austrian border by Maria Polyakova

Prefabricated cabin with solar panels, as well as septic and rainwater tanks, in Tintaldra, Australia by Jaime Diaz-Berrio

Boathouse on the Obersee in Bavaria, Germany by Jenn and Willie Witte

A magical cabin converted from a water mill by Brice Portolano. A Serbian painter built several wooden cabins along this river in the Bosnian village of Zelenkovac, transforming the mills that belonged to his father.

A 200-year-old stacked stone home in Linescio Switzerland by Ruedi Walti. Renovated in 2011 by Buchner Bründler Architekten, the exterior was left untouched; the interior was reconstructed layer by layer with poured concrete.

Pine Valley, CA by Noah Kalina. Lumber was cut and milled on site. All of the tools were packed in, hand carried, or carted by wheelbarrow.

The first, and smaller, of two hand-built yurts on the property in Keene, NY by Noah Kalina

Deer Isle, ME by Noah Kalina. To fertilize the soil, the couple covers garden beds with seaweed harvested from the seashore. Along with chickens, the couple also raises pigs.

Germany, near the Austrian border by Maria Polyakova