This artist faked his own death to fight consumerism (Photos)

The media instantly reacted harshly, publicly criticizing his stunt as “perverse.” The effect was exactly what he had hoped for; it brought a discussion concerning the role of the artist and how his message elicits response.

Since then, the Australian-born artist has been blanketed by controversy. He has had his work stolen by right wing groups, complaints from the Australian Broadcast Tribunal, had an exhibition investigated by the police, and even one of his paintings slashed with a knife at an exhibition.

When you see paintings like “Where Do You Want To Go Today,” you get the feeling that controversy is exactly what he is going for. His artwork reveals the nature of what is around us and seeks to challenge the contemporary values of Western culture and society.

Consumer smut, parodied logos, and instant gratification are part of his commentary concerning the loss of innocence in contemporary society. Ben Frost reminds us that a canvas can become a weapon. 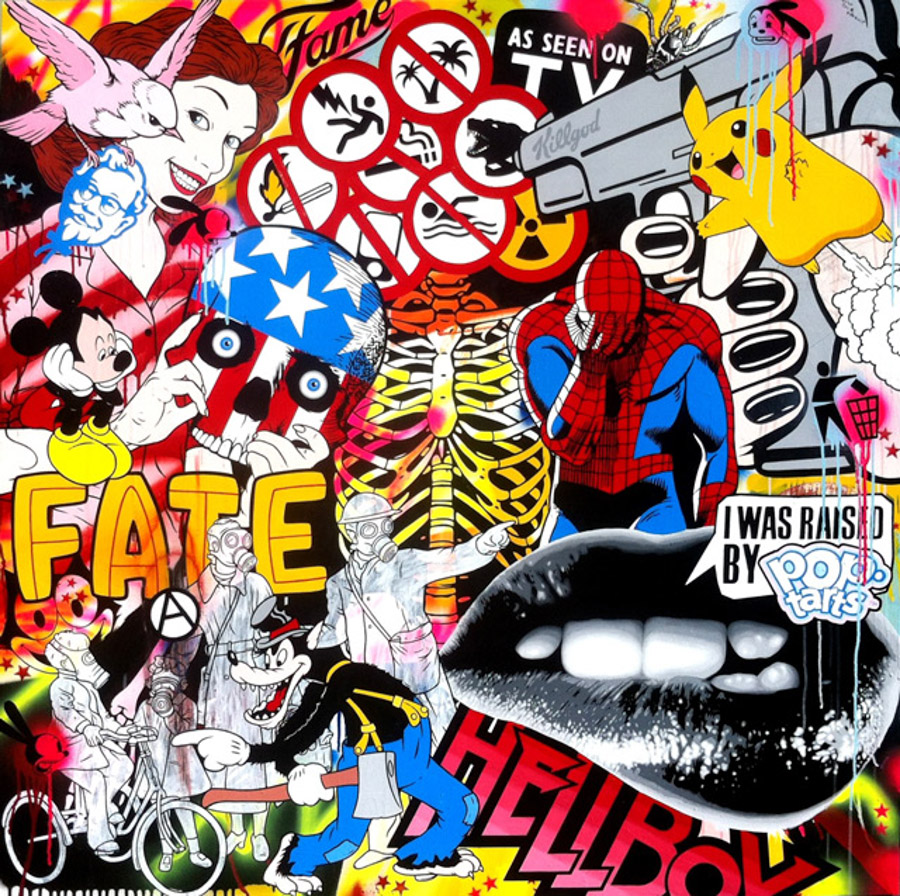 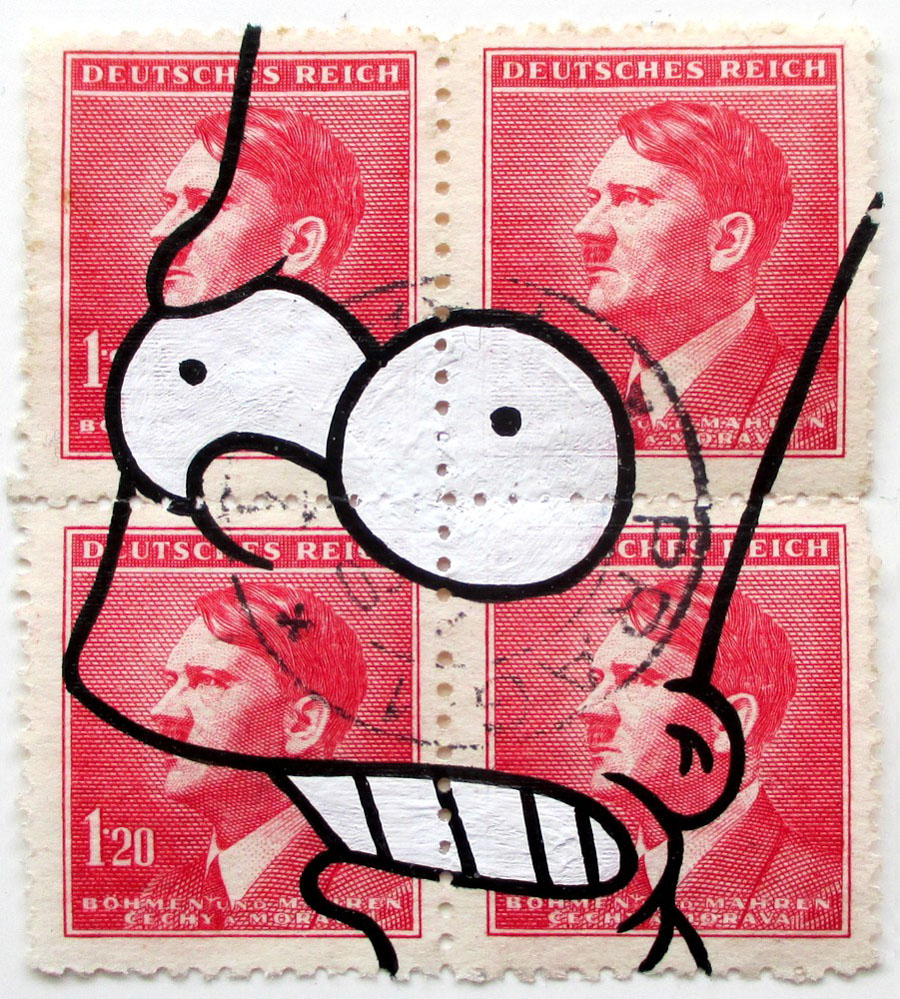 You can buy some originals or prints here.