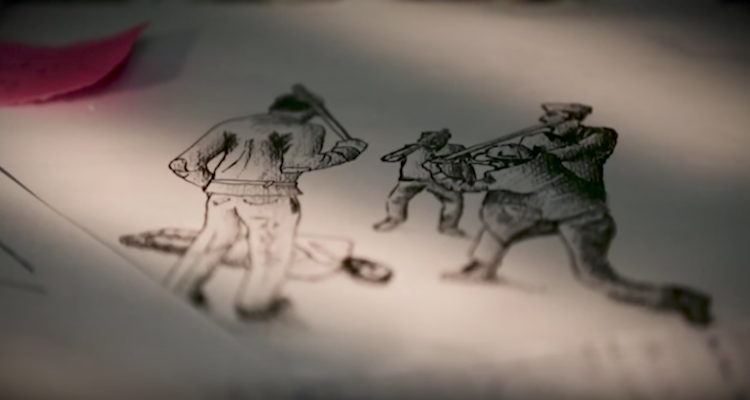 What is often overlooked in the coverage of Assad’s regime is the treatment of detained women in Syria. This important and horrific part of Assad’s regime has been kept quiet through fear. Women are often too afraid to speak out, and others did not survive the atrocities they were forced to endure.

Just recently a woman named Farah described some of the horrors she endured in an interview with BBC. “One time they hanged a man from his legs and hands. I tried not to see, but sometimes they hold your face to see,” remembers Farah, of an event she witnessed. “They were pulling the ropes… They split him. Until now I remember his voice shouting, and then suddenly I couldn’t hear anything.”

Another survivor, Alma Abdulrahman, described her experience during an interview with the Atlantic. Alma recalls that before the officers would gang rape her they would yell “here’s the freedom you wanted.”

Rethink Rebuild Society hosted ‘Silenced Voices: Syrian Women in Assad’s prisons’. The event took place on September 8, 2017. The aim of the event was to help bring to light the testimonies of the women who have survived torture at the hands of Assad’s regime.

The exhibition also provided direct ways to create change by providing the tools and help needed to write letters to parliament and tweet politicians.

Asma, a former prisoner, explained that she would be taking part in the conference because “I want to cast a light of Syrian Prisoners so the world knows the torture, hardship and brutality that they are going through. I was imprisoned in 2012, and I saw many people die there. My brother was imprisoned in 2014, and to this day we do not know if he is alive. Through this exhibition we wish to show that all we really want in Syria is freedom.”

It’s past time that the world became aware of this horrific issue that has been happening in Syria since 2011.

Sixty-five former prisoners have testified to the guards cruelty and use of sexual torture. Men were ordered to rape one another for the guards amusement. Guards would rape women in front of their families to elicit confessions. The violent treatment and beatings that prisoners have to endure under Assad is unfathomable to those lucky enough to live in countries that respect human rights.

Amnesty international has been trying to look into Assad’s prisons and have been blocked. Amnesty has since launched an investigation that has found that 17,723 people have died in Syrian jails. Amnesty has compiled at 69 page document filled with human rights violations.

Since 2011, 75,000 Syrian citizens have been deemed “missing” or forcibly detained in prisons by the government. It is imperative that the information gets out there to help. These first hand accounts are essential as Assad’s regime forbids journalists from entering detainment centres.

All photos are from Amnesty International’s video “Inside Saydnaya: Syria’s Torture Prison”, which you can watch in full, below.