Tom Hussey is an American photographer that specializes in lifestyle photography and commercial advertising. His award-winning photo series, “Reflections of The Past,” was used by healthcare company, Novartis in a campaign for their Exelon Patch, a treatment for Alzheimer’s disease. The photo series depicts elderly men and women looking at their reflection, which is an image of their much younger self.

Alzheimer’s is a progressive disease that is the most common form of dementia, making up 60 to 80 per cent of all dementia cases. In the early stages of Alzheimer’s, it is difficult to remember new information, leading to serious memory loss and confusion. People with Alzheimer’s often have an increasing confusion relating to events, times and places.

Tom Hussey’s photo series relates directly to this issue, showing the contrast between an elderly man or woman’s physical appearance, and the age they feel like they actually are, since they still have memories from when they were younger. The photo series was inspired by a World War II veteran who said, “I can’t believe I’m going to be 80. I feel like I just came back from the war. I look in the mirror and I see this old guy.”

The photo series won a well-deserved Gold Addy Award from the American Advertising Federation, and was also featured in the Communication Arts Photography Annual. 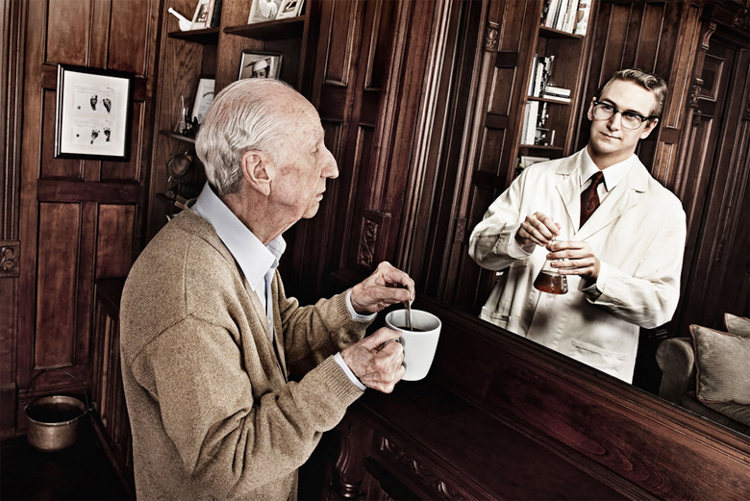