Are millennials pieces of shit or saviours of the world?

Generation Xers and baby boomers have, for some time, drawn the millennial caricature. Its features become embellished by stuffy editorials and “studies” done by companies who hold more money than they do credibility. The millennial generation is lazy, entitled, selfish, addicted to technology, apathetic toward social and environmental issues, and have the work ethic of a house cat—or, at least, that’s how they’re perceived. The issue with these assumptions is they derive from what the baby boomers see on the surface. They don’t consider the endless ways millennials have adapted to the changing world.

The millennial generation—those between age 18 and 34—have, for much of their lives, acclimated to vast changes. We’re digital natives, having grown up parallel to the digital revolution, whereas the baby boomers are digital immigrants, having been born before the rise of many major technologies. There is already a large gap between how millennials and baby boomers both view and function within society, and modern technologies have only widened the gap.

…digital natives view the world horizontally, in equalitarian terms. Rather than dividing the world into hierarchies, they see everyone as existing on an equal level. They embrace the benefits of sharing things and ideas with each other and, in doing so, they cross boundaries. They are driven by values. For this reason, many of them are distrustful of traditional cultural and social institutions: marriage, religion, government. In opting out of these institutions, they have declared themselves microsegments of one—free agents.

At first glance, it would be easy to mistake Christopher Leite for a millennial. Besides his physical appearance—the thick beard, the blazer over a casual shirt, the black, square-rimmed glasses—he’s extremely laid back and exudes a cool confidence. But Leite, PhD. candidate, part-time professor in political studies at the University of Ottawa, isn’t a millennial, but he teaches and interacts with them nearly every day.

The Plaid Zebra sat down with him in front of a live audience and picked his brain to find out if millennials are actually pieces of shit or saviours of the world. 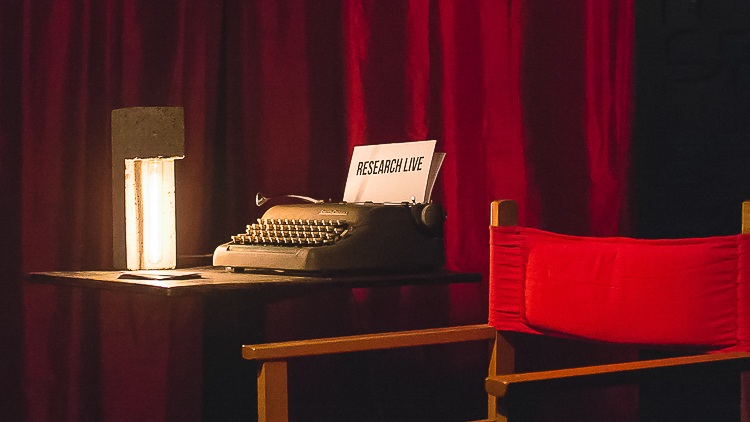 Myth 1: Millennials are lazy and entitled.

Lazy and entitled are assumptions that come up most often when talking about millennials—Leite also finds them to be the most infuriating. He explains that it comes from a spot of withered social assistance programs and the eradication of the safety net that previous generations could access. Today’s work place is completely different, and the way we integrate into the workplace is completely different.

“Millennials aren’t down with just accepting authority structures, as is. We question authority; we question where things come from, and why we’re supposed to believe the things we’re supposed to believe. That attitude doesn’t fit well with really old, top-down models of management. Because all of sudden, you’re asking someone who has grown up being told to challenge everything, that you now have to follow the rules and fit into a very rigid organizational structure.”

Leite thinks that the best companies harness an entrepreneurial spirit, where everyone is on a level playing field and can contribute. According to Forbes, employees who feel as if their workplace takes their interests to heart are more likely to take company interests to heart. But still, many business owners think that their employees’ main focus is money, and while that’s definitely important, workplace happiness is, overall, becoming more sought after—especially among self-aware millennials. “We’ve changed the conditions with which we’ve entered the workplace, and then when they’re in the workplace we haven’t taken into account the way they actually work, the way they actually operate,” says Leite.

Millennials are also the most educated generation in history; yet they make up the largest group of unemployed workers. Leite blames this on the casualization of labour. “More and more big corporations are switching to part-time contracts, they’re reducing the amount of full-time employees that they have on staff,” Leite explains. “They have part-timers who end up working close to the same amount of hours, but they have a smaller salary and don’t have access to benefits.” The combination of really rigid, older organizational structures and a general trend towards the casualization of labour complicates finding a job worth keeping. “And,” Leite adds laughing, “our pension scheme has already been thrown out the window.”

“You can’t just get a mail-room job at The Globe and Mail and assume that it will eventually lead to a reporting gig, that doesn’t work anymore.”

Millennials are very independent, and they have clearer senses of what’s important, what they want to do, and they’re better at setting goals. They may job hop more, but they are equally as career oriented as anyone else—they just have to navigate in a different way. “You can’t just get a mail-room job at The Globe and Mail and assume that it will eventually lead to a reporting gig, that doesn’t work anymore.” It used to be: you get a degree; you get a job. But now it’s: you get a degree, you get the skills to go out and fight for a job. “If you’re an employer you should want someone who can navigate through different types of social fields,” says Leite. “I don’t care about your degree or background in journalism as much as I care about your ability to show me that you can do different types of journalism.”

Myth 2: Millennials are digital addicts who need to be plugged in.

The second assumption about millennials is that they’re digital addicts who need to be plugged in. “Millennials are just better at adapting to the changing ways that knowledge is produced,” begins Leite. “Not necessarily in an academic sense, but in a cultural sense. This goes hand in hand with questioning authority. My students are not interested in me telling them how something is done. They can look that up online themselves. That’s not something that as an educator I need to do anymore.” Leite explains that the popularization of knowledge also plays a role, as anyone can produce something, have an opinion and put it out there. “My job as a teacher then,” he continues, “should be to encourage students to use their digital access. To use this plethora of information that we’ve never had before.”

With the way that school and the workplace have developed, there is also a demand to be plugged in all the time. Certain university programs require students have Twitter or Facebook. Workplaces often require employees to work remotely, and therefore, we spend a lot of time on our phones checking messages and replying to emails. It’s also how we consume our news. There’s an appearance that we’re digital addicts, but really, it’s just how we’ve acclimated.

Myth 3: Millennials are Selfish and Narcissistic

The third assumption is that millennials are selfish and narcissistic. Leite laughs. “Anybody who has a grandparent knows that there is a gossip wheel. You go over to their house and you’re hearing about their neighbours third cousin who just got married, but then they broke up right away. It’s the same thing. It’s the same sense of being interested in the smallest details of everyone else’s lives so that we can understand or at least make sense of our own daily lives.” This isn’t new. Leite compares the obsession with posting trip photos or baby pictures to Facebook to looking through an old photo album with your parents or grandparents. “You’re parents are showing you: ‘Look at what we’ve done. Look at the life we’ve created for ourselves. This is the narrative of the life I want to show with these pictures that are in these photo albums.’ It’s the same thing, only now the platforms are different.”

For baby boomers, one of the biggest contributors to the selfish myth is that millennials are getting married later and having kids later or often not at all. There’s always been the structure of “Get a job, get married and have kids,” but millennials are now questioning, “Is that what I really have to do?” “The casualization of labour comes in big here,” says Leite, “because it’s a lot harder to even be thinking ‘I’m gonna find someone and get married and buy a house,’ when you have no idea how you’re gonna pay rent next week.” That’s where the desire for travel comes in. Millennials are not interested in doing things the traditional way. They want to travel and see as much of what’s out there as possible.

“For me this is the easiest shut-down of the selfish argument. Look at the strides that we’ve made in North America, in terms of not only the acceptance, but the normalization of alternative sexual identification. The general acceptance of same-sex marriage, the most aggressive climate change initiatives we’ve ever seen… then you have things like the Arab Spring and the Green Revolution or colour revolutions in eastern Europe, these are all really good examples of millennials taking advantage of the social mobilization forces they have around them and their self-awareness to create massive movements.” Leite suddenly sounds like a kettle that’s about to go off, screeching and sending clouds of hot steam into the air. “These things don’t just happen in a vacuum, someone has to push for these types of policies, people have to push for this type of change, voices have to be made very loud for anyone to give a shit.” This only happens when millennials are aware of the world around them. And using the fact that they’re “plugged in” to actually engage with it. “The selfish one really infuriates me,” he says and laughs. “The progress that has been made cannot be disassociated with the mobilization efforts of millennials.”

This expanded community is where we interact online and become activists. We form political opinions online, and we refine our taste by discussing things online or following people we like. We may appear apathetic because our forms of identification are no longer just about our immediate surroundings—they exist on a much broader scale than they have before.

The question of whether millennials are pieces of shit or saviours of the world is never going to have a definitive answer. Perhaps everyone is a little bit of both. But the image of the lazy, entitled, and selfish millennial is dreamed up by an older generation who just doesn’t quite understand the world we’re facing. We’ve had to bend and shift to navigate the changing labour market; we’ve had to adopt new technologies into our lives as our main source of communication. And, in the process, we haven’t fallen victim to the countless assumptions and labels all but plastered to our foreheads yet continue to act as powerful agents for social change.