America’s dirty history of lunatic asylums and their forgotten patients

The history of mental institutions in the world is a relatively short one. The modern institution began in the 18th century. They began as lunatic asylums and eventually morphed into psychiatry hospitals.

The mental institutions that were first introduced in America and rose to popularity in the 19th and 20th century have been the subject of horror stories, ever since the exposure of the abuse and mistreatment endured by the residents, which led to their subsequent closure. The stories that surround these buildings have not been exaggerated as many of these patients endured unsanitary conditions, unlawful experiments and sexual abuse.

One of the greatest problems facing the mental health sector today is overcrowding, this was even more of a problem in the late 1940s at the renowned mental institution known as the Trans-Allegheny Lunatic Asylum. The asylum was built to house 250 patients but in 1949 it had over 2400 patients. Treated like farm animals, they were living in completely unsanitary and inhumane conditions. The Trans-Allegheny Lunatic Asylum was truly something out of a nightmare. Patients were locked in cages, and lobotomies were performed with ice picks. These horrific conditions are thought to have contributed to tens of thousands of deaths during its operation from 1864 to 1994.

Countless asylums employed the use of insulin therapy intended to induce comas, as well as shock therapy. These systematic cruelties lead to the suicide of many mental patients.

While there used to be an epidemic of too many people in mental institutions that were not mentally ill; now we face the opposite problem. After President Reagan repealed President Carter’s Mental Health Systems Act, which was designed to rehabilitate the mental health institutions in America into a more caring and compassionate system aimed at helping patients, Reagan cut off all federal funding for mental hospitals making them only state-run and effectively slashing 30 per cent of their funding.

This was further slashed in 2009 during the American recession by over 4 billion dollars. Today we have about a tenth of the number of people getting help in psychiatric hospitals.

With a significant lack of funding for mental health services, we face a new epidemic. Like our predecessors, we have also forgotten the mentally ill, only this time not by shunting them off to asylums where they will not be seen or heard from ever again. Instead, they are silenced by society writing off their illness as a weakness.

In attempting to fix the problem of lunatic asylums we managed to create a new problem of having no long-term care for those affected by mental illness.

Recently photographer, Vacant Photography, took photos of an abandoned cemetery that contains the remains of countless forgotten asylum patients. Many of these people’s families cut ties with them, so when they died there was no one to give them a proper funeral. So they were buried by the asylum that has since shut down. They are all but forgotten.

It is our duty as the next generation to remember those in the past, instead of leaving them as America’s forgotten victims, and endeavor to be mindful of those around us who endure mental illness. 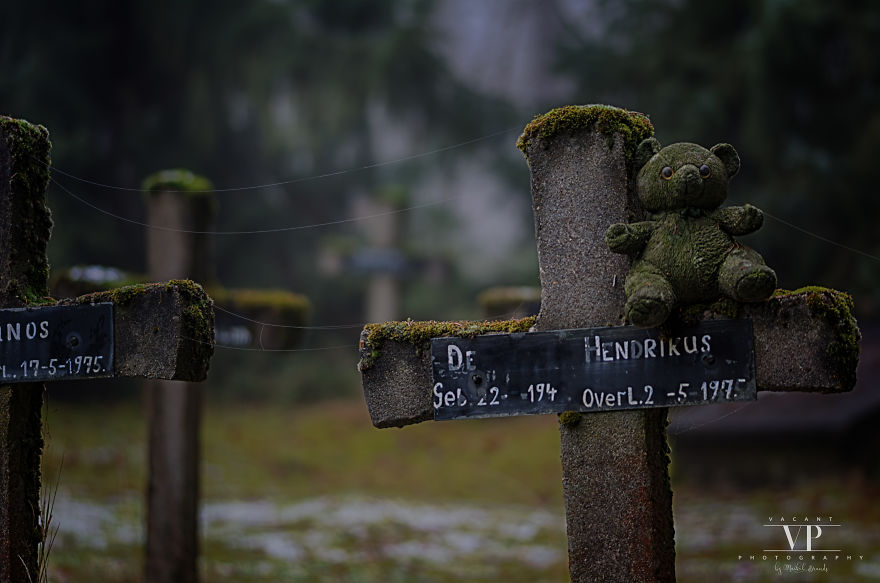 Check out more of his photography here