Hey, remember Akon? The R&B popstar behind the 2006 sleazy club hit “Smack That”? You might not have heard much from him since then, but he’s actually been doing quite a bit, including producing songs for Kardinal Offishal, Gwen Stefani and Lady Gaga, and working on some kind of insane quintuple album that’s supposed to come out this year.

But the most important thing Akon has done in the last few years is beef up his charitable initiatives. Since 2007, his Konfidence Foundation—co-run with his mother Kine Gueye Thiam—has been devoted to giving youth in his hometown of Senegal, West Africa the materials they need to survive, including water, mosquito nets, and scholarship programs for young academics.

Adding to this strong body of charitable work, Akon recently launched a new organization called Akon Lighting Africa, which seeks to provide solar power to the 600 million Africans who still don’t have access to electricity.

Obviously, there are many disadvantages to not having electricity, including an inability to do just about anything at night time, or any housework that needs to be done after the workday and students’ homework. Candlelight can be used, but it’s sub-optimal for productivity, and according to the charity’s website, “over 3.5 million Africans die every year from harmful pollutants or fires in the home produced by costly and toxic solid fuels.” Installing solar power into areas that were previously lacking it also creates a proper nightlife, opening up jobs in the process.

Africa as a continent is ripe for solar power, with 320 days of sunshine per year, which makes solar energy an ideal power source to provide Africans with electricity.

Installing solar power into areas that were previously lacking it also creates a proper nightlife, opening up jobs in the process. 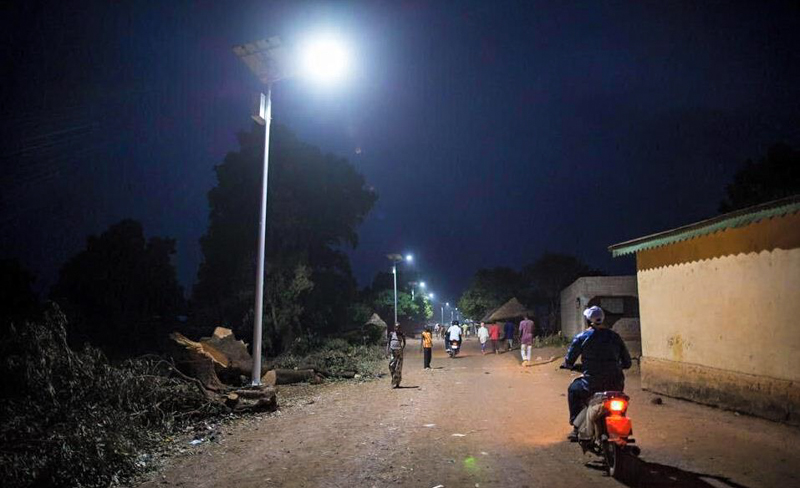 Akon has partnered with numerous people and organizations, including speaking before the United Nations at the Sustainable Energy for All Forum to make his dream of a more connected Africa a true reality.

Akon has made a commitment, and to fufill this he is launching a “Solar Academy.” The academy will provide the education to various African entrepreneurs and engineers to learn how to develop and harness solar power.

It’s always heartening when a person of wealth uses their money to do some legitimate good. His partners include Samba Bathily, a leading Malian philanthropist and Thione Niang, a Senegalese activist dedicated to global change and human progress.