Under the thumb of debt: modern music funding is in a sad and sorry state

A few weeks ago, Jack Conte – co-founder of crowdfunding platform Patreon and well-regarded independent musician in his own right – wrote an article regarding the loss that his band Pomplamoose took on their last tour. The post, entitled “Pomplamoose 2014 Tour Profits (or Lack Thereof)”, explained how the band, despite averaging hundreds of thousands of views for each YouTube video they post – that number rising to over a million if it’s a cover song – and selling out shows across the country, still only managed to take an $11,000 deficit on their last month-long tour of the United States.

Granted, Conte points out that neither of the primary members of the band – himself and his girlfriend, Nataly Dawn – have any experience with financial modeling, and a cursory look at the expenses of the tour bears this out. One notices, for example, that they stayed at Best Western hotels every night, whereas motels would have saved them a lot of cash, and perhaps the 26-and-a-half thousand dollars in production expenses could have been whittled down to something more manageable. But the point remains – this is a very popular independent band who is still having trouble turning a profit, and even if they made some amendments for more frugal expenses, they’d still be looking at merely breaking even or, at best, going home with a couple thousand bucks between the two of them.

READ ALSO: This Guy Turned His House Into A Concert Venue To Revive The Starving All-Ages Music Scene

To the average person, this might just seem like the whining of a privileged rock star, and to an extent they’d be correct. Jack Conte himself is probably doing just fine financially. The problem is that this situation is popping up again and again, and the current climate of the music industry is such that if your favourite band isn’t being played multiple times every day on the radio or headlining every major summer festival, I’ve got news for you – they’re probably not making a living from their art. 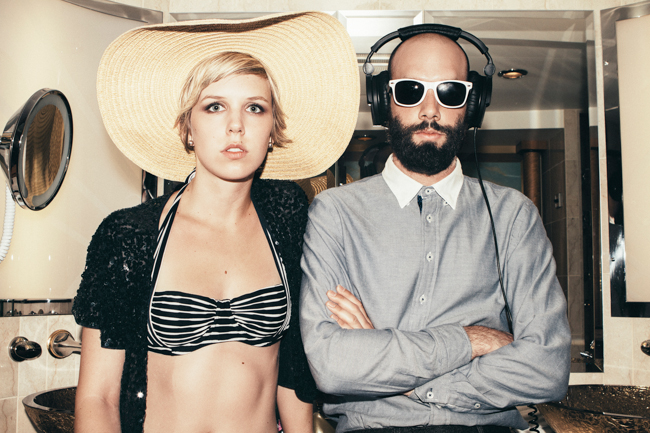 Pomplamoose have the luxury of having a member whose day job is being one of the founders of a highly used crowdfunding service, as well as a sound conventional enough to be marketable towards a mainstream-ish audience. Most bands – especially if you’re a fan of weirder, less conventionally palatable material – aren’t so lucky. Recently, it was revealed that Cousins, a two-piece garage rock band from Halifax have been steadily growing in popularity since their inception. Cousins are signed to a well-regarded indie record label, are nominated for the Polaris Prize, and have been added to CBC Radio 3’s best albums of 2014 list, but still aren’t making enough money from their tireless touring and recording schedule to even pay their rent. Art-punk loyalists Bomb the Music Industry! announced their breakup last year due to the overwhelming financial pressures of trying to be a full-time touring band, despite getting great reviews in such major publications as Vice, Consequence of Sound, and Alternative Press. In a 2012 article from Vulture magazine, the members of “indie-rock royalty” Grizzly Bear – who play the major late-night shows every time they release an album, whose last album Shields reached No. 7 on the Billboard album chart, and whose songs get licensed in Volkswagen commercials and Twilight movies – announced that their funds are still so unstable that it has limited them from starting a family or buying a house.

Let’s not mince words – this is a huge problem. There used to be a time when a band as unflinchingly bizarre as Mr. Bungle could get signed to Warner Bros. and make a decent living. Now if you’re not a popstar making millions, you may as well give up any dreams you had of being financially rewarded for great art. As a musician myself, one of the main reasons I opted to switch my career aspirations away from music was the lack of any sort of future financial security. I went through four years of studying music in university, being taught by world-class musicians. Most of them release at least an album of original material a year, have toured internationally, and are so in-demand as studio musicians that they’ve literally been on hundreds of records. All of them have to take university-teaching gigs to make ends meet.

It’s hard not to blame the Internet for this. Creatively, the Internet has been an absolute boon – as a consumer, the ability to access music with ease has led to a huge diversity of music available on-the-cheap, and as a creator, it’s never been easier to get your music into the hands of the people who want to listen to it. But financially, this same availability has negatively affected artists in profound ways. It’s true that, historically, artists have never made a ton of money from record sales – out of everyone involved in the creation and distribution of an album, the artists themselves have always been paid the least, which remains true even in the new age of paid streaming services – so, in the short term, rampant piracy services don’t actually have a huge effect. Major labels have always ripped off their artist—but the problem is that the public are ripping them off now too. Years of simple, free access to music have created a culture where we no longer attach financial significance to the music that we listen to. A growing band putting out a new album or putting on a show for more than five bucks is basically committing suicide. 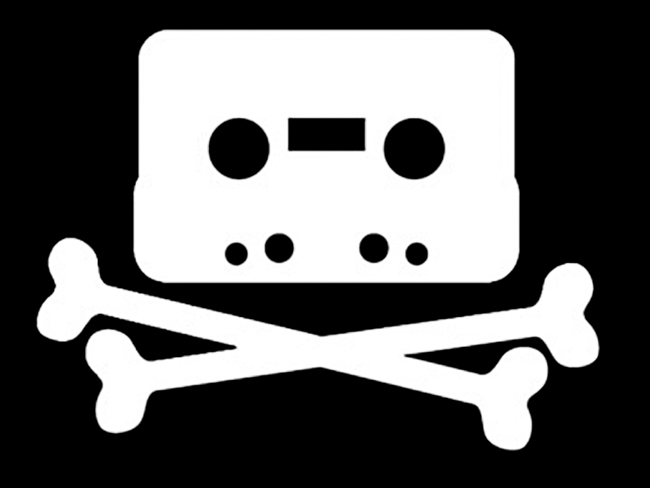 Meanwhile, crowdfunding sources like Kickstarter or Patreon can help, but successful campaigns are predicated on fanbases that new artists simply don’t have. Even Amanda Palmer’s highly-publicized Theatre is Evil album, artbook and tour package – the most-funded music crowdfunding campaign of all time after raising over a million dollars – didn’t allow her to make any profit, and almost wasn’t even enough to cover the cost of guest musicians on the tour. Besides that, music has the dubious honour of being one of the least popular crowdfunding categories; Palmer’s is the only music project within Kickstarter’s top 70 most popular campaigns, and even then sits near the bottom at number 60.

It’s true that musicians trying to turn their art into a career aren’t doing it for the money. No, they didn’t have to become artists – they could have been a lawyer if they wanted to make a ton of money. But it’s not like consumers have decided that they don’t like music anymore – we all love it, we all listen to it, and we all expect there to be more. There will be more, whether the artists get paid or not; but I like to believe that we can live in a culture where we understand the importance of the art artists create that we’re willing to sacrifice some of our personal income to experience it. I would like to live in a world that values art, that doesn’t see great music as something that they’re owed, but a project that somebody spent time, money, and countless sleepless nights creating—hours that they deserve to be compensated for. I would like future generations of musicians to live in a world where they still have to work their asses off, still have to make music that’s good, but don’t have to leave the industry pre-emptively because of dire financial situations when they finally reach that point.

What will the industry look and sound like if even the most successful musicians are forced to work part-time?